'Our films will make the world see why Africa is special'

...says The Delivery Boy's director Adekunle Nodash Adejuyigbe, as he and lead actor Jammal Ibrahim, talk to us about the impact of the award-winning film, currently streaming on Netflix

Director Bong Joon Ho, when receiving the Best Foreign Language Film Oscar for Parasite, said, “Once you overcome the one-inch tall barrier of subtitles, you will be introduced to many more amazing films.” This was a telling prediction of how cinema consumption would evolve--accelerated in part due to the worldwide lockdown. From French documentaries to Hebrew-Arabic series to Japanese animated shorts, the kind of content being consumed by people across the world would likely put a smile on Bong Joon Ho.

Finding The Delivery Boy, a Nigerian film streaming on Netflix, was during such a film-hunting session for me. And the runtime of just 66 minutes was the first attraction. “I felt it was important to keep this story fast-paced and short. Just like how the lives of young people dealing with the issues highlighted in the film usually go,” says director Adekunle “Nodash” Adejuyigbe. Making a film like The Delivery Boy that deals with controversial topics like terrorism, sexual abuse, and religious indoctrination among others wouldn’t have been easy. However, Nodash, who also served as the cinematographer and writer, managed to complete the shooting in just six days and churned out an award-winning, critically-acclaimed film that is seen by many as a game-changer. “A number of critics have said that The Delivery Boy is the beginning of a new phase in the Nigerian film industry. Personally, I think the most important thing about the film is that it has given young filmmakers the encouragement they need to make the kind of films they really want to make.” 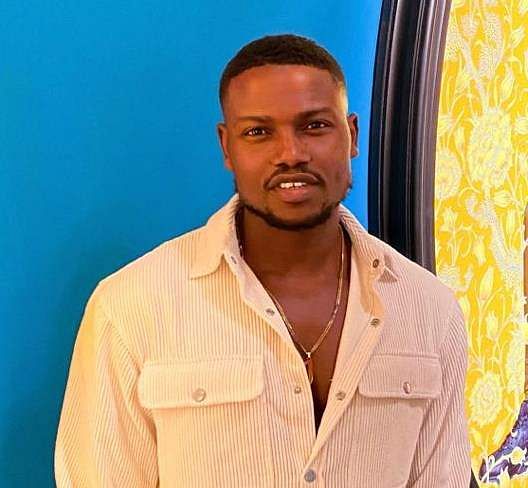 Agreeing to this, actor Jammal Ibrahim, who plays the lead role of Amir, a suicide bomber, says,  “The Delivery Boy really shows how far our movies can go when we tell genuine and original stories.” Jammal plays a conflicted character in the film and credits Nodash for guiding him through the acting process. “Personally I took a lot of time to research Amir's backstory, and watched videos to get in line with the character,” adds Jammal, who was picked by Nodash through an open audition.

People seem to be slowly waking up to the potential of this film industry that is believed to even surpass Hollywood in terms of output (the number of films releasing each year.) For an industry known mainly for making slapstick comedies and dramas in home video quality, The Delivery Boy has opened up important avenues like OTT platforms. “People are sometimes surprised to see good stories come out of Nigeria because they are used to the home videos from Nollywood. But I see the interest increasing. The Delivery Boy was the top trend on Netflix in over five countries. That might give you an idea of how the interest is growing,” says Nodash. For a film that might be seen as a calling card for Nigerian cinema, the topics it deals with are dark. Was there a worry about people who weren’t aware of the politics and problems of Nigeria misunderstanding the film? “No. It's a Nigerian film, made by a Nigerian. But the issues highlighted are global. Anyone who lives on earth today should be able to relate to these. Of course, there is a Nigerian approach to telling the story, but I think that only makes it more interesting for non-Nigerians to watch,” feels Nodash, who feels the success of his film and the presence of subtitles will help the world see African cinema in a different light.

“Some of humanity's most persistent problems have solutions embedded within the African culture. Getting the world to see these stories is essential. I am sure that very soon, the world will see what makes Africa special through these films,” says the director, who is also an acclaimed cinematographer, and is considered to be one of the best in the country. Despite the reception to his film, Nodash has his eyes firmly set on the bigger picture. “There are global standards for filmmaking. If we want the world to take us seriously, we need to meet those standards. And now, with a new breed of filmmakers coming up, I am confident those standards will be met.”

Being seen as ushering a new dimension to Nigerian cinema, can be a huge responsibility. But Nodash wears this light and isn’t burdened by expectations. “I appreciate the critical acclaim we have received so far, from all over the world, but my artistry remains mine. There is no pressure when you are being yourself. I will keep making the kind of films I would love to watch,” says the director, who prides himself for watching all kinds of cinema.

Interestingly, Indian films have a strong presence in Nigeria, and both the actor and director grew up watching Indian films. When asked to pick a favourite, Nodash goes with Aamir Khan’s 3 Idiots and Jammal picks Shah Rukh Khan’s Kuch Kuch Hota Hai. “I can even remember some of the songs,” says Jammal. Another Indian connection is that Jammal’s co-star in the successful Nigerian film, Green White Green, is Samuel Robinson, famous for playing the titular role in the Malayalam film, Sudani From Nigeria. Although both Nodash and Jammal haven’t watched it yet, they promise to check it out soon.

This cultural crossover that is happening across the globe during this lockdown is due to the one-inch scroll on our screens that Bong Joon Ho advocated for. It has given wings to the dreams of an actor like Jammal who hopes to act in quality films that stand the test of time. The one-inch enabler that connected Nodash’s film that has a smattering of Hausa, Pidgin and English to people across the globe. It is this one-inch stepping stone that gives Nodash the confidence to sign off by saying, “Going forward, the world will see some more great films from Nigeria.”