Anupam Kher: I decided to reinvent myself

Anupam Kher can be said to have become a calling card for Indian cinema in Hollywood. The actor who has been part of several Hollywood films including Silver Lining Playbook, The Big Sick, and You Will Meet A Tall Dark Stranger, is now playing a lead role in a popular series called New Amsterdam. In a chat arranged as part of  Express Expressions, a series of webinars organised by The New Indian Express group, Anupam Kher shared his experience working on Indian and Hollywood ventures with Prabhu Chawla, the Editorial Director of The New Indian Express, and senior journalist Kaveree Bamzai.

The conversation began with Anupam Kher sharing his experience of working in the American series, New Amsterdam, in which he plays a lead role named Dr Vijay Kapoor. The veteran revealed that one of the episodes came quite close to depicting the reality of the ongoing pandemic. "We shot the episode even before WHO declared the pandemic. In fact, I was the focus of the episode. The aspects in the 18th episode of the series were eerily similar to what's happening now. The pandemic then got announced and we had to call off the shooting for the next episode. After I came back to India, I was told they are not releasing the episode because it rang too close to reality. I am glad that it was deleted because people would have thought we were cashing in on the pandemic," he said. 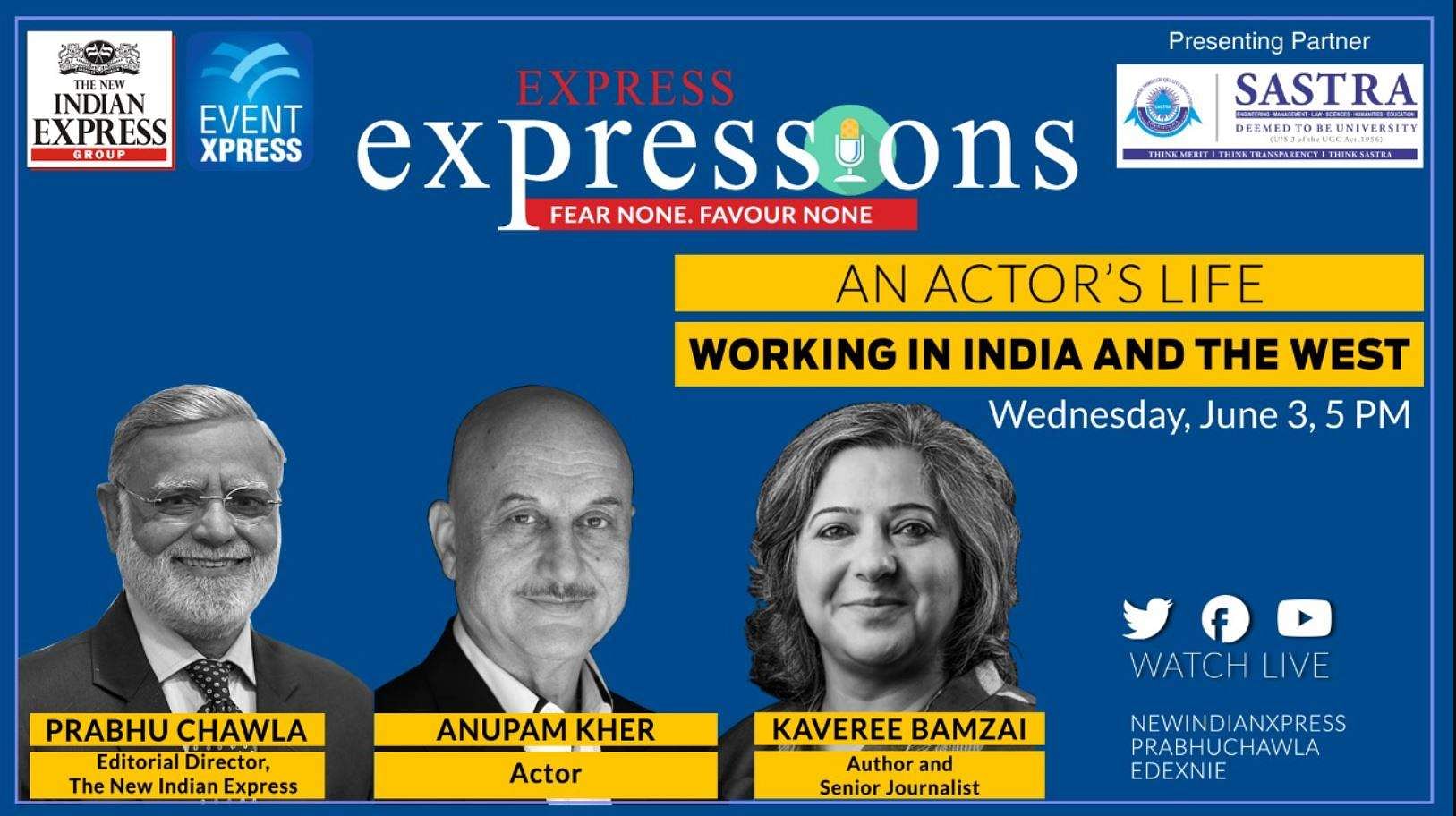 On being an Indian actor in America, he said, "It is great to get recognized on the streets of the US. Many Americans come up to me and say they wished they knew a medical professional like Dr. Kapoor. Indians there are proud of me, and are more Indian than people here. They are conscious of our culture. I am part of their households and thrilled about it."

Anupam also revealed why he wanted a career in the US despite being an icon in India. He said the tag 'veteran actor' bothered him: "There is so much talent left in me. So, I wanted to reinvent myself. I was not carrying the burden of being Anupam Kher there. I wanted to be a newcomer once again."

When asked if Anupam felt that the film industry is divided along religious lines, the actor said, "I think that the division started when 70 people from the film industry wrote a letter saying Modi should not be Prime Minister of the country. That is when the divide started."

When asked why the politically-vocal actor has not turned a full-time politician despite getting numerous opportunities from several parties including the BJP, he said, "I am not interested. Right now, I am a voice of truth for a certain number of people. But the moment I become a member of the party, I become its spokesperson." Also, he admitted that the actor in him is more dominant than the politician.