Enable Javscript for better performance
‘The more emotional a scene, the funnier it can get’- Cinema express
ADVERTISEMENT

‘The more emotional a scene, the funnier it can get’

…say director duo Adil El Arbi and Bilall Fallah, as they discuss about charting a new path for the Bad Boys franchise, ahead of the film’s Indian television premiere

A couple of policemen—Will Smith and Martin Lawrence—are engaged in a tense battle with gun-toting mercenaries who are out to kill them. The evil leader of the gang bangs his head in the tussle, and he grows a swelling. Martin walks close to him, seemingly entranced by the size of the swelling on the guy’s head. Will implores for him to stop, but almost like in a spell, Martin can’t resist pressing the soft swelling, fascinated and disgusted in equal parts by it. This scene perhaps is the best representation of the spirit of the Bad Boys franchise, whose latest sequel, Bad Boys for Life has come out to largely positive reviews.

In this film, there is the adored police duo—Mike and Mark, there are trigger-happy villains, there’s a lot of bloodshed, but at all times, there’s an irrepressible quest for humour. Here, we have directors of the film, Adil El Arbi and Bilall Fallah, discussing Bad Boys for Life, including the digs at the lead cast members, the depiction of police violence at a tumultous time, and the success of the film and what it means to them.

I read that Bad Boys for Life is the highest grosser of 2020. What does this statistic mean to you?

Adil: Well, I am told that it is the most successful movie of the year, but I think we must remember that this is with an asterisk—one that says coronavirus year. If not for the pandemic, I think the James Bond film, or something else, may have eclipsed us. Regardless, this is an honour, and we are happy. The film is definitely more successful than we anticipated.

What are the challenges when there’s a gap of almost 15 years between two films in a franchise?

Bilall: The question was, were people still interested to see this film? It was also a particularly daunting challenge for us because we come from making independent films in Belgium. This project was 100 times bigger than any film we have done so far. It was hence a stressful experience too. But with the support of senior professionals like Will Smith, Martin Lawrence, and Jerry Bruckheimer (one of the producers), who had had so much experience making such films, we were able to negotiate the challenges. They trusted in us and guided us like big brothers. The objective with Bad Boys for Life was to root it in the franchise’s DNA but also bring freshness.

Adil: The senior cast members were also instrumental in bringing in all those references to the old films. They were aware of their characters, and their motivations and history. We were trusted to bring in our original flavour, our personal views, while paying homage to the 90s cinema. It was a nice balance.

There’s a constant tendency in this film to lighten up even the heaviest of emotional moments.

Bilall: I think the Mike-Mark duo is iconic for how they transition between emotions and humour. I think the more emotional a scene, the funnier it can get. It’s a grounded film in a sense, but not to the level that you need to take things too seriously.

There are plenty of digs at Will and Martin getting old. How did they take to it? 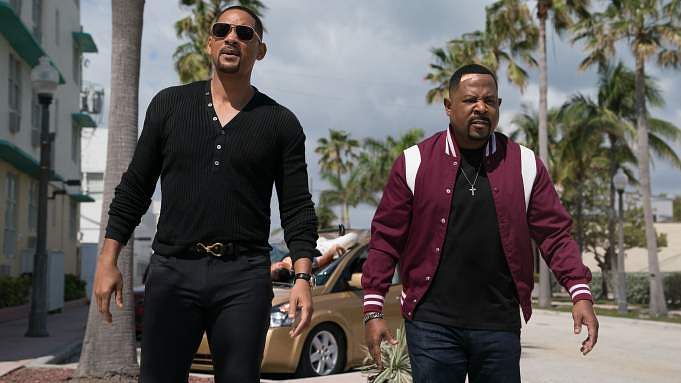 Adil: (Laughs) It came from them, actually. They didn’t want us to replicate the previous films. Their aging is an important theme in this film’s script. I think it’s also personal for both Will and Martin. When the first Bad Boys film came out, they were young stars. They are older now, and have many thoughts about their career and life… I think they both were really involved with this theme of getting older and dealing with nostalgia, while looking ahead… I think it was personal for them.

Bilall: In this film, you will see that Will’s character is reluctant to move on. He’s still where he was in the 90s, even if he’s not the same physically. We have Martin’s character telling him that they should do things differently now.

Was this a conversation you had about the depiction of police violence as well? It’s a time around the world, including in South India, where we are having renewed conversations about it, following custodial deaths.

Adil: We have a conversation in the film too, about this. Will’s character believes in resolutions through violence, but Martin’s character tells him he has to adapt. This is a more contemporary conversation. In the 90s, films focussed on cool escapism through these buddy-cop films, but we tried to do more under the limitations of the genre.

While on social impact, I also found that angle about the villainous witch and her eventual death in fire, to be uncomfortably reminiscent of the witch burnings that killed countless women across the world up till the 1800s.

Adil: It is still a film made with the objective of entertaining, and we tried not to make things too dramatically realist. We drew the idea from Mexican folklore where this idea of witchcraft is taken quite seriously. As for the fire, we felt it was thematically significant. And to have an end with a big fire was just… cool. The objective was always to try and make a compelling film.

The Indian Television Premiere of Bad Boys For Life is on &flix SD and HD, this Sunday, 26th July, at 1 PM and 9 PM.