Helmed by director KS Bava, the project will focus on a hitherto unexplored event in Indian history and have a pan-Indian appeal

After Lucifer, Prithviraj and Tovino Thomas are teaming up again for a big-scale espionage film, titled Karachi 81. Helmed by director KS Bava, the project will focus on a hitherto unexplored event in Indian history and have a pan-Indian appeal.

The teaser poster shows a grey-haired Prithviraj, his face half-obscured by a torn Pakistani flag, with a tagline below that says: India's greatest episode of espionage.

Before the title announcement, the team had shared a synopsis, giving a brief hint of what to expect. Set in the early 80s, Karachi 81 will revolve around an elite RAW commando team assigned to tackle and eliminate threats posed by the activities of ISI-backed covert operatives. Prithviraj will play the leader of the commando team. 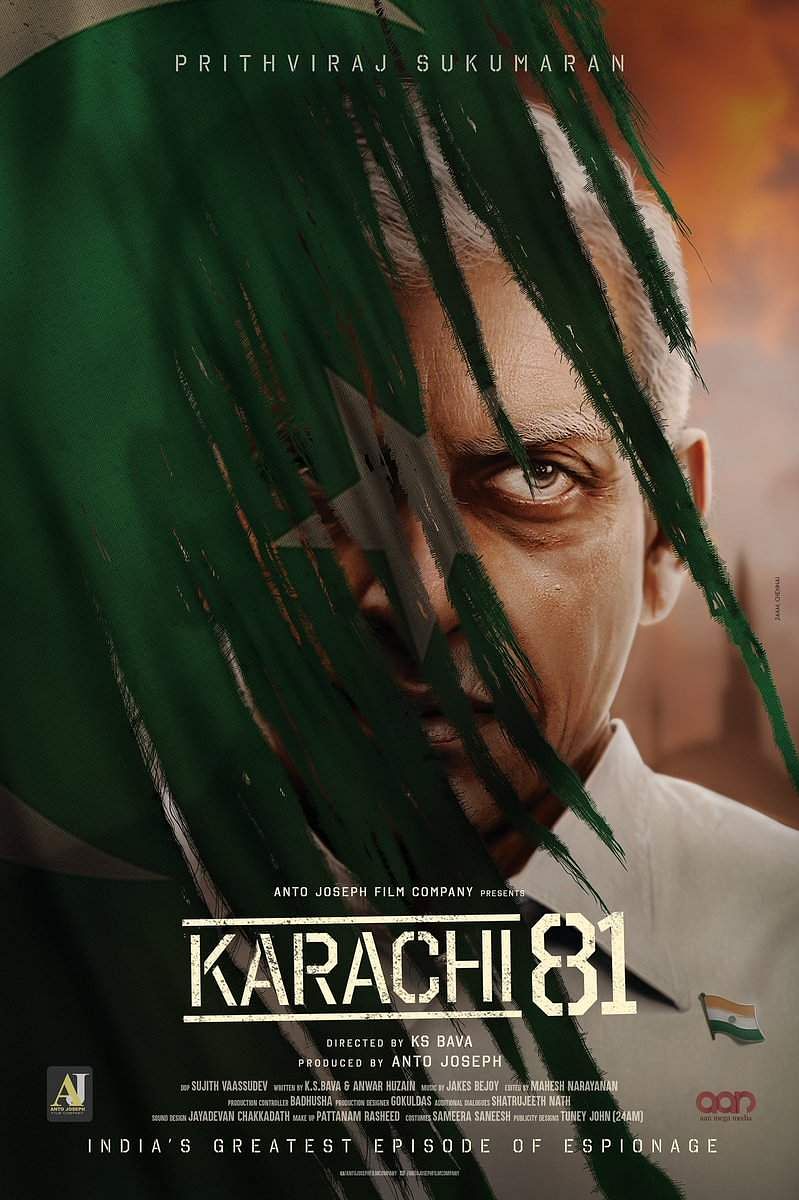 Talking to Cinema Express, the director shares that Prithviraj will be appearing in different get-ups in Karachi 81 and the actor will start shooting for it once he completes Blessy's Aadujeevitham.

Though Bava feels it is too early to talk more about the project, the director charts the course of his upcoming Jayasurya-starrer Aposthalan, which will go on floors in March. "After Aadujeevitham, it will take some time for Prithviraj to regain the physique necessary for this film. So in that time, I will start the pre-production work of Karachi 81, after I finish Aposthalan," says Bava.

As for the remaining cast members of Karachi 81, the team is planning to rope in some big names. Bava shares that they are planning to reveal the names one by one, through individual character posters. "Actually, Tovino's name was supposed to be a surprise too," he laughs.

Karachi 81 is expected to delve extensively into espionage, in a way that no other Malayalam film has attempted before. The team is hoping to shoot in various locations in India and outside. Further details are being worked out at the moment.

Anto Joseph is backing it under the banner of Anto Joseph Film Company.