Enable Javscript for better performance
Mehreen Pirzada: There is a thin line between being irritating and adorable; Pattas, Dhanush, F2- Cinema express
ADVERTISEMENT

Mehreen Pirzada: There is a thin line between being irritating and adorable

The actor, who was recently seen in the Dhanush-starrer Pattas, talks about her hopes on the film, her career, and more

As Stanley Kowalski in A Streetcar named Desire, Marlon Brando famously said, "You know what luck is? Luck is believing you're lucky, that's all... To hold a front position in this rat-race, you've got to believe you are lucky." For someone whose Tamil cinema journey began with not just one, but two major pushbacks, it wouldn’t have been easy for Mehreen Pirzada to believe in Kowalski’s advice. The actor, who played the female lead opposite Dhanush in Pattas, feels it is all about being in the right place at the right time. “After what happened with Nenjil Thunivirundhal and NOTA, I was perturbed about not being able to make it in Tamil cinema. I really wanted to be loved by the Tamil audience. Pattas is the perfect way to relaunch my career in Tamil,” says Mehreen, who has etched out a name for herself in the Telugu film industry.

Her 2019 Sankranthi release, F2: Fun and Frustration, made Mehreen a household name. Her role as Honey not only gave her a legion of fans but also prompted Pattas producers Sathyajyothi Films, and director RS Durai Senthilkumar to cast her as Sadhana in their film. “The moment I heard the script, I knew this would do the trick for me in Tamil cinema. I was actually very careful about Pattas and asked Durai sir a number of questions about my role,” she says. But wasn’t she worried about playing a pretty cliched role? “It is a bubbly character, and I am sure the audience will be in peals of laughter watching the scenes with me and Dhanush sir. Such roles aren’t easy to pull off convincingly. There is a thin line between being irritating and adorable.”

While F2 did show her ability to walk that tightrope, it wouldn’t have been easy to replicate that conviction in a language she isn’t familiar with. Due to her start-stop career in Tamil, Mehreen hasn’t yet grasped the language as much as she would have liked to. “Even in Telugu, I didn’t know the language initially, but over time, I've reached a place where I even dubbed for my role in F2. I'm sure that it will happen in Tamil too, soon. For now, I have to thank my team for helping with the dialogues and telling me the meaning of every word I say.” Wouldn’t this have been unnerving for Mehreen, who was facing the camera opposite a 'one-take artiste' like Dhanush? “Definitely. I'd often apologise to Dhanush sir for making him go for another take when I didn’t get the pronunciation right. But he was kind enough to talk about how he’d been in my shoes while doing Hindi films.” Mehreen also talks about how acting is all about reacting and working along with Dhanush brought out the best in her. “When I had one of the best Indian actors opposite me, I didn’t have to do anything special, I just had to respond to Dhanush sir's intensity.” 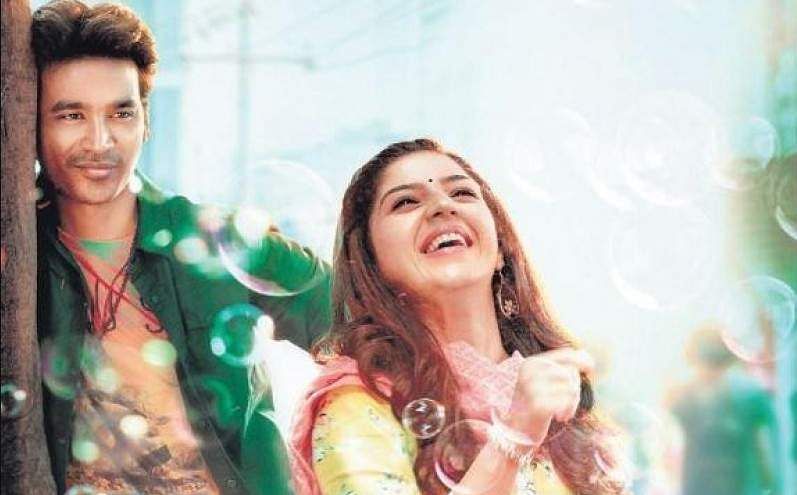 Mehreen is clear about what she wants. “I want to be known as a versatile actor. But I am not in a position like Nayanthara ma’am or Samantha to actually get such roles. We can only pray for good roles, and pick the best from what we get. It is not every day that we get challenging roles. Even for F2, except the director Anil Ravipudi, no one trusted me to pull off Honey. The audience loved it, and it stands testament to the fact that until an actor gets the opportunity to showcase their potential, the world would remain oblivious to the actor's capabilities. Look at what Keerthy Suresh did with Mahanati,” says Mehreen, whose Telugu film, Entha Manchivaadavuraa, starring Kalyan Ram, released alongside Pattas.

Although there is no contesting the fact that Mehreen has been welcomed with open arms in the Telugu industry, and it has been proven that third time's the charm for her in Tamil cinema, there is the ever-raging debate about non-native actors being the perennial flavor du jour in cinema. The argument about such actors taking away the roles from native speakers continues to be relevant. "We are all Indians. We are supposed to be together. Diversity is the most important and beautiful feature of our country. We need to love and support each other. How wonderful is it that someone from Punjab, who lives in Mumbai, is now working in the South film industry? Shouldn't we all be more welcoming of people, especially now?"