'Vetri Maaran sir never gave me the script of our film'

...says Sai Pallavi, as she joins director Vetri Maaran in a conversation about their upcoming short, Oor Iravu, which is a part of Netflix's upcoming anthology, Paava Kadhaigal

The Tamil anthology, Paava Kadhaigal, which is coming out on Netflix on December 18, is quite a breakthrough in the trend of anthologies that have been quite the rage, this year. It’s a departure from the rather generic topics typically handled by such film collections. Among anthologies that have descended into our television are those themed on lust, ghosts, morality… you get the idea. With Paava Kadhaigal, the boundaries are narrower, and the topic handled by the four filmmakers—Sudha Kongara, Vignesh Shivan, Gautham Menon and Vetri Maaran—is one that’s as sensitive as it’s specific — honour killings. Here’s the brain behind the topic and one of the directors of the anthology, Vetri Maaran, and the heroine of his segment, Sai Pallavi in conversation with us.

Vetri Maaran, could you expand upon how this topic of honour killings was chosen?

About five years ago, the plan was to make an anthology to mark 100 years of Indian cinema, featuring directors like Ameer, Gautham Menon, Venkat Prabhu and myself, but that project fell through and it got made in Hindi. When I was approached again about the topic of making something about love, I wasn’t too interested. Love dhaan irukke elaa padathlayum — we either make love stories surrounded by other elements or use love to coat an unrelated story. I was keen that we do something unique in this space, something that would allow us to utilise the freedom that OTT platforms accord filmmakers.

For filmmakers like Gautham Menon and Vignesh Shivan, this topic must have seemed quite unusual. Did you all have any concerns over dealing with such a sensitive topic?

Vetri Maaran: If they had any concerns about this topic, they didn’t tell me. (Laughs) The truth is, all of us had some reservations. Even I had my concerns. You see, when you handle such a topic, there’s a good chance that you could face backlash from both sides, the one you are raising a voice for, and the side that you are raising a voice against. And yet, I thought that it would all be worth it.

Any worries that the topic, on account of its specificity, could cause multiple filmmakers to create similar material? Did you guys exchange notes about your stories?

VM: (Laughs) Adhelaam onnum pannala. Gautham knew about my film. I understand that Sudha and Vignesh had shared with him their stories as well. None of us knew about his story though. He’s used a poster in his film that makes a reference to mine. I also want to clarify that we think of this anthology as being one about sin — and that makes the canvas broader. Also, honour killings need not always be about love. You see this in films of both Gautham and to a certain extent, Sudha as well.

Having caught an advance screening of the anthology, one of my favourite aspects of your segment, Oor Iravu, is how realistic the setup of that native house of Sai Pallavi’s character is, and how authentic its inhabitants are.

VM: I have some experience with such spaces as my grandmother’s place looks somewhat like that. However, I relied a lot on my friend, Manimaaran, for his inputs, as he is really in touch with the life and people of such places. He gave me plenty of information. My strength is in being able to sift through that and pick up what’s useful for the film. Once we design the basic choreography for shots, we then go about adding small details to make the frame rich with activity.

Sai Pallavi: The setup was not completely new to me. I have lived in Coimbatore; my native place is Kotagiri, and I have attended many functions and festivals there. However, how I react to situations is different from how my character does. When sir (Vetri Maaran) gave me the one-liner for the story, I was eager to get hold of the script. I kept asking him about it as I like to prepare mentally, especially for intense sequences like those in this segment. I never got it (Vetri Maaran laughs). Only during the shooting did I understand what this story was asking of me. Whatever I have performed is an organic response on the shooting spot, to the script and my character. 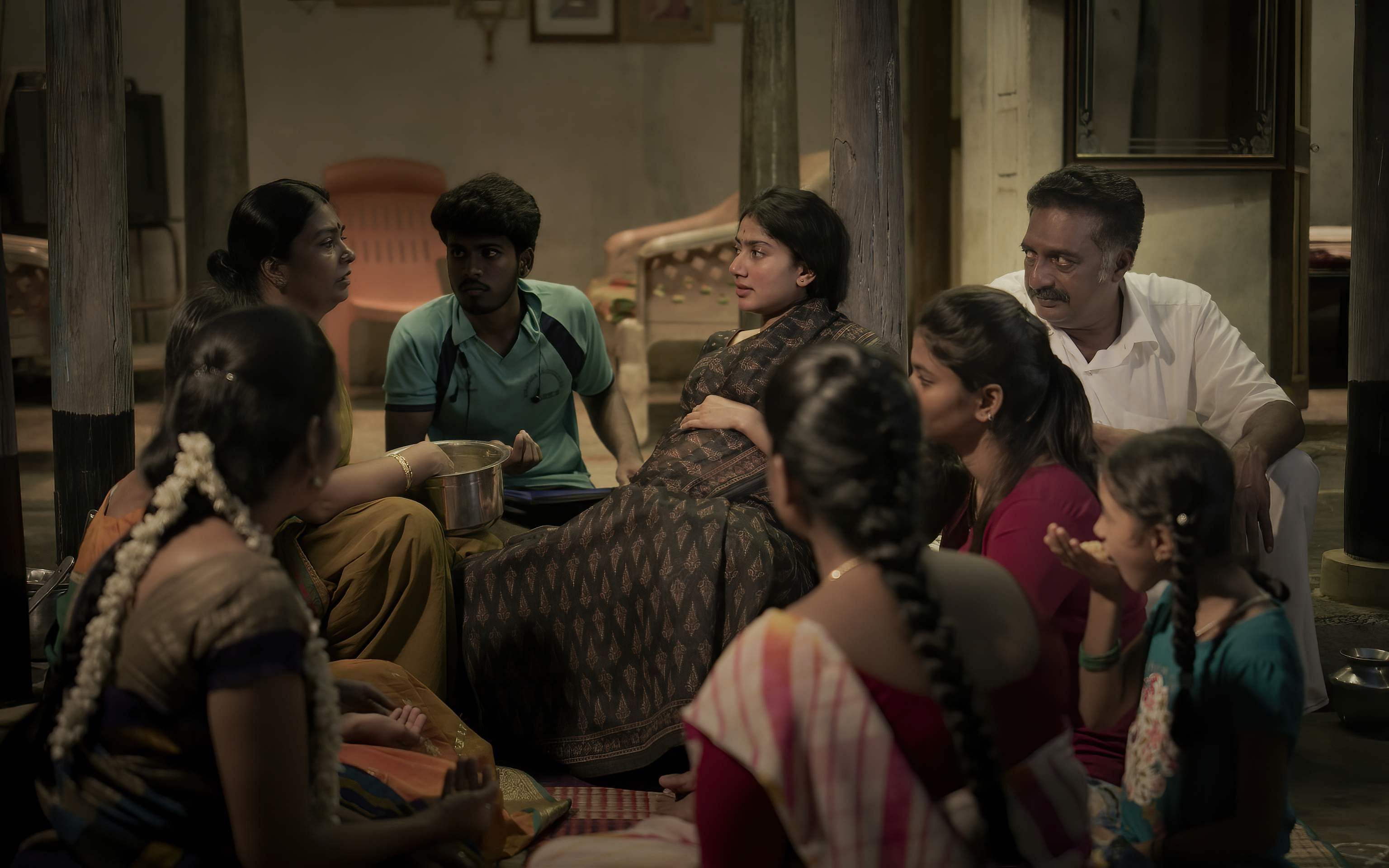 Sai Pallavi, your character experiences quite a bit of trauma in this film. Do you channel trauma from your own life to play such characters, or do you try to put yourself in the shoes of your character?

SP: I had no time for preparation to play my character in this film. So, whatever I’ve done in this film is almost an instinctive response to the plight of my character. Sir’s dialogues in the segment are realistic and aimed at recreating a believable household and relationships. I think I put myself through quite a lot for this film. I tried to mask the trauma I was feeling, but I think he (referring to Vetri Maaran) figured that I was disturbed and kept checking if I was doing all right. My performance in this film is just raw emotion. I watched the film again two days back and felt nauseous and disturbed about its events. The impact is a result of the realistic environment that he has created in this film.

I must also say what a big relief it is to have someone like you playing such characters, given how relatable and lifelike you look in these roles. Have you ever faced the pressure to conform and be decked up and caked in make-up as is expected of the average heroine?

SP: The truth is, I have never been put in a spot where the directors wanted me to be like… another person. There has always been a healthy conversation between me and the directors. In fact, sometimes, when I have done look tests with make-up, some have told me that they prefer that I look more natural. I do think that the emotions come through better without as many layers of make-up. I have not had to worry about industry pressure to conform; I am blessed that way.

While Tamil cinema has historically vilified urban spaces as the hotbed of corruption, your (Vetri Maaran) story paints the city as a more equal place, a safer home.

VM: I do think that peer pressure is not as prevalent in cities as it is in towns and villages. Those who come to the city from villages go through a bit of struggle and so, go on to define the city by those struggles. However, I was born and raised in Chennai, and know the good and the bad here. It’s not a one-sided experience. Perhaps that’s why I don’t find myself portraying the city as just a negative space. Also, this subtext you are speaking of—of cities being safer—is quite true when it comes to caste oppression. Having said that, there’s quite a bit of it here too, of course—like apartment communities in which only those belonging to the same caste unite. Earlier, such caste solidarity was shown in the streets, but now, horizontal spaces have turned vertical.

Typically, films on such topics tend to end on a preachy note. Your film focusses more on capturing the microscopic details of a disturbing experience. Did you mean for people to have any specific takeaways?

VM: I have always maintained that with such films, filmmakers are trying to reflect society as it is. My aim with Oor Iravil was to try and get closer and understand the mentality of those who engage in such barbaric acts. I also notice that the system allows for such things to happen. The legal system too seems to fail in handling punishment. My objective was to start a discussion, a conversation. That would be a start to understanding this topic better.