It's time to embrace change: Gokulraj Baskar on virtual production in Indian cinema

We reported earlier that Prithviraj will be headlining a big-scale multilingual project which will be the first Indian movie to be shot entirely in virtual production.

Virtual production is an advanced filmmaking technique which Hollywood has been making the best use of lately. Filmmakers James Cameron, Jon Favreau, and Taika Waititi have explored the technology on Avatar, The Lion King, and the Star Wars spin-off series The Mandalorian, respectively. The most notable example is The Mandalorian which made use of visual effects giant Industrial Light and Magic’s revolutionary Stagecraft ‘virtual universe’ to produce a blend of live-action photography and photo-realistic CGI which are then projected on to LED screens instead of the conventional green screen approach.

Gokulraj Baskar, who is helming the Prithviraj film, will be employing the same process, albeit “just a notch below what the Hollywood guys are doing.” He promises that he will be working hard to deliver the best output to cater to audiences both here and abroad. “There is no limit to creativity with this kind of technology,” he says, adding that he hopes to set an example with his debut feature. “It is possible to achieve everything that is being done abroad. We already have Indian technicians working on international projects. So if everything is planned well, we can also create projects of similar scope here.”

An experienced visual effects artist himself, Gokulraj has been studying the possibilities of this technology for a long time. He says he became fascinated with it after watching Avatar. “At the time, the technology was in its infancy, but now it is at its peak. We are now in a position where we can create hyper-realistic imagery ourselves,” he observes. “And the pandemic has compelled everyone to think about the concept of virtual production in India. The time is ripe for embracing change.”

Gokulraj believes he can execute the project easily as he has already conducted a trial-and-error process to figure out what works and what doesn’t. “I had approached some people with this idea before, but they didn’t fully grasp it. But Rajuvettan (Prithviraj) and line producer Santhosh Krishnan (of Magic Frames) understood its potential,” he shares.

Gokulraj wants every Indian filmmaker to explore this technology. “This is not just about me, you see. Everyone should be prepared in case a disastrous situation strikes again. The show must go on, no matter what happens. It is possible to do things in a controlled environment.”

The film will be a period subject based on a mythical story from Kerala. “It will have songs, fights, superhero elements... everything. The story has been polished in a way that will be accessible to international audiences. The overall feeling will be that of watching a painting,” he says. He chose to do a period film because the challenge appealed to him. 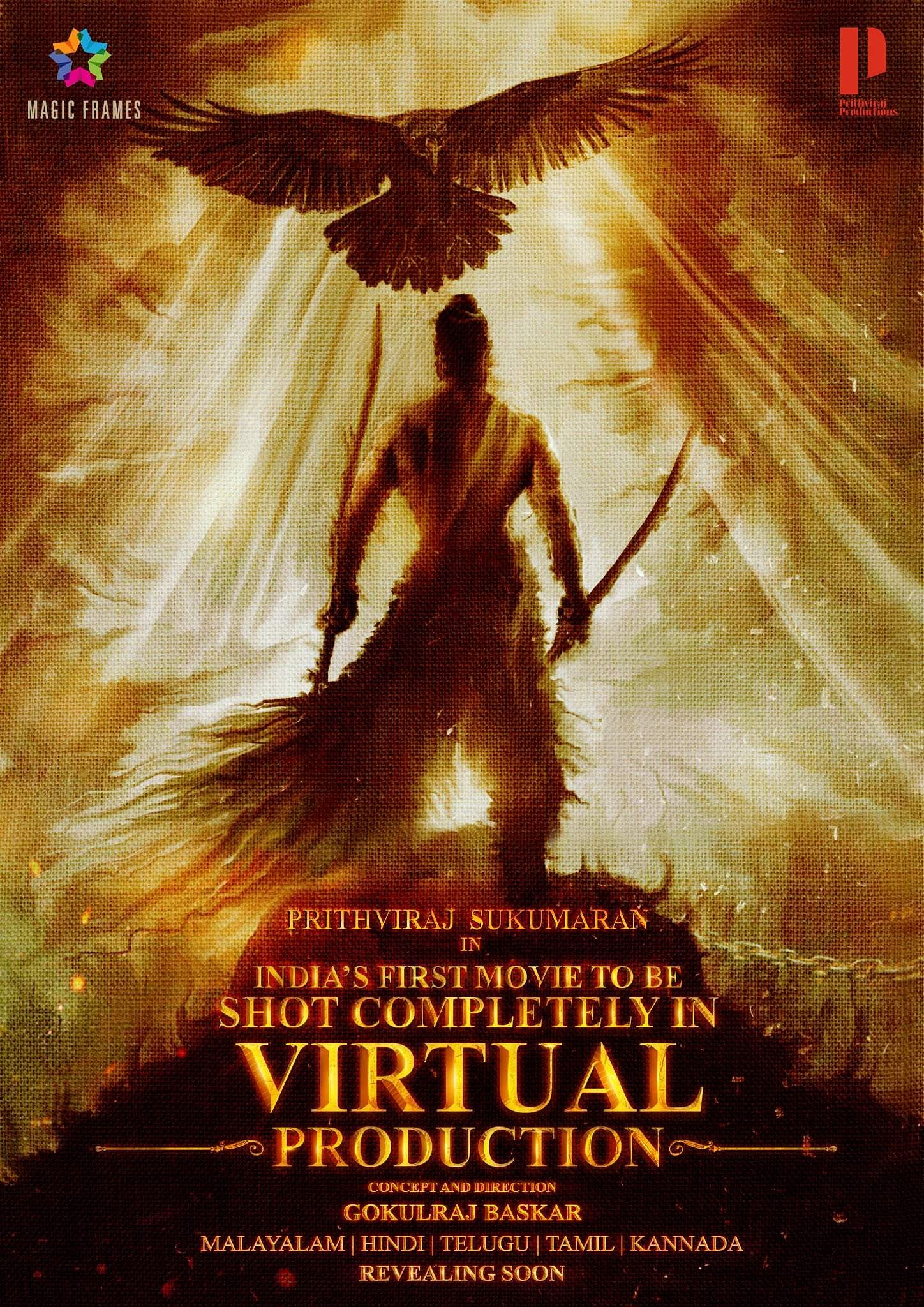 The full details of the cast and crew will be revealed within a few weeks. Gokulraj reveals that a teaser will be out soon and he hopes everyone will be amazed by it.