...says debutant director Vijay Naagendra as he talks about how he conceived the Ganesh-starrer set against the backdrop of the Gokak agitation

It is just a matter of days before Ganesh-starrer Geetha gets released on September 27. However, debutant director Vijay Naagendra is yet to digest the fact that he has wielded the megaphone. The director, who is caught up with last-minute work, says it is only after the release that he will perhaps realise that he has turned director. “Till then, I don’t think it will sink in,” he tells Cinema Express, talking about what influenced him to enter the film industry, how he conceived Geetha and signed its star cast, including Ganesh, and the process of shooting the film that is set in the backdrop of the Gokak agitation.

Vijay Naagendra’s initial ambition was to become an actor, and his biggest inspirations were Amitabh Bachchan and Kamal Haasan. “Initially, I did try my hand in acting, and even attended a lot of auditions for teleserials and cinema. But nothing was fruitful,” says Vijay, who also did a couple of plays at Ranga Shankara, and worked with the theatre troupe Benaka before stepping behind the camera. “Santhosh Ananddram (director) and I have known each other since school and college days, and I knew that he was into writing and directing. He had written and directed a short film, and I joined him when he was at the editing desk. I was with him when he was the story writer of Agraja and Gajakesari, and learnt the craft of writing. When Santhosh helmed his first film, Mr and Mrs Ramachari, I worked on the film’s screenplay. This was followed by his second film, Raajakumara, after the release of which I decided to go independent. That's when Geetha was conceived. Till then, I didn’t have any intentions to become a director.” 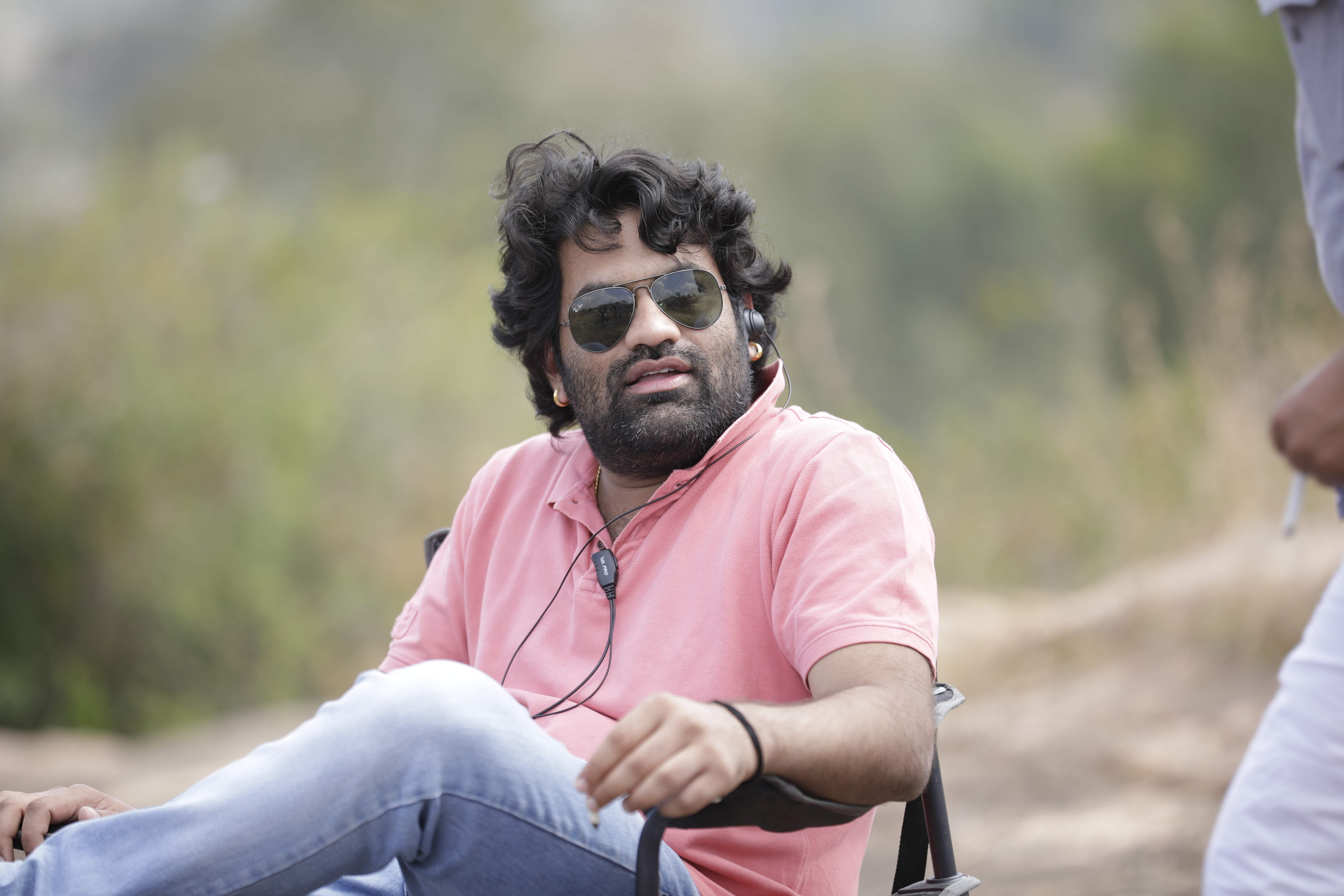 'Geetha explores love across two generations, and is set in the backdrop of the Gokak agitation'

The experience of working in two blockbuster films with Santhosh Ananddram enabled Vijay to independently handle a heavy subject like Geetha, which explores love across two generations. The director wanted to set the love story in a historical episode, and looked for a strong backdrop. He browsed through all the incidents that happened in the 1980s, and decided on the Gokak agitation. “No one has utilised this episode,” he says, adding, “The issue has the right placement in Geetha. However, I did have some apprehensions, because the episode involved legends. If anything went wrong, I could become an easy target. And since I am from the 80s generation, I didn’t have much knowledge about the Gokak incident, except that it was mentioned on November 1 and April 24 (Dr. Rajkumar’s birthday). So I did some research, after which I was confident I could pull it off. Incidentally, the film is coming at a time when the entire country is talking about Hindi imposition.”

Vijay started penning the story of Geetha with the climax portions, and it was that which made him think of casting Ganesh. “My decision was right, and after watching the climax portions, I've concluded that nobody else could have matched his performance. He has given his best for Geetha,” says the director, who has presented Ganesh’s character in two shades — set in the 1980s and the present. “Ganesh, who is an established romantic hero, will be seen here in a mature love story. The film talks about the relationship on a different level, which is connected to the present society,” adds Vijay.

Though the film does not have any connection to the 1981 film of the same name, Ganesh's character, interestingly, has shades of Shankar Nag. Vijay explains, “As a director, I have been a huge follower of Shankar Nag and Mani Ratnam. Luckily, I started my stint in theatre at Ranga Shankara. Shankar Nag always came across as a mysterious person, and being inspired by his work, I wanted Ganesh’s character to have that resemblance. Otherwise, there is no direct connection with the story.”

The story of Geetha, the filmmaker tells us, is from women’s perspective, but is told through a man’s point of view. “It was a challenge to cast the heroines,” says Vijay who initially considered actors from the Kannada film industry, but couldn’t sign any of them due to their prior commitments. “The characterisation of each heroine was done after a brainstorming session. Geetha, the titular character played by Prayaga Martin, is independent, and stands by her decision. Then, there is Parvathy Arun, who plays a shy non-Kannadiga girl, and has brought in a lot of expressions. Shanvi Srivastav's character is very bold, while Sudharani also plays a pivotal role. It is the characterisation that drew these actors,” he adds.

‘If you want to make a good film, you have to pick right people’

Vijay believes in one of Mani Ratnam’s lines, ‘If you want to make a good film, you have to pick the right people, who can do their job,’ and says he is happy to have the best team for his debut film. “Besides Ganesh, producers Syed Salaam, and Shilpa Ganesh were wonderful. I also got to work with the best technicians. Cinematographer Shreesha Kuduvalli has travelled with me, and our tastes match. We discussed a lot about cinema and exchanged ideas. He has perfectly visualised my film. Art director Vishwas Kashyap brought the right kind of atmosphere for Geetha, and editor Jnanesh B Matad, who was with me and the subject for almost two years, had a clear idea of what we wanted. Santhosh (Ananddram) helped me take the film to the next level with his dialogues as well as the lyrics for three songs. Since he knew the script, he knew how to connect with the words. As for Anup Rubens, his soulful compositions suit my taste. He has composed six songs, including the challenging Kannadave Sathya Kannada Nithya. His background score is a must mention too, as that is where his strength lies.”

Geetha has many special features. For the Gokak episode, Vijay managed to get hold of a personal letter written by Dr Rajkumar, and footages of the Gokak agitation that saw the participation of Vishnuvardhan and Shankar Nag. “Kannadave Sathya Kannadave Nithya is a song I would want to dedicate to all the Kannadigas as well as non-Kannadigas. It is for all those who have fought for the language,” he says.