Director S Krishna: Sudeep is the pillar of strength for Pailwaan

The cinematographer-turned-filmmaker talks about his upcoming release, which features Sudeep in the role of a wrestler and boxer

S Krishna, who started his career as a cinematographer, is best known for his work in the romantic drama, Mungaru Male. In the 15 years of his journey as a DOP, he struggled to make his mark, competing with cinematographers from other languages who joined the fray.

“Mungaru Male changed perceptions and it got easy for me from there on,” says Krishna, whose first directorial break came in 2014 when producer Jayanna backed Gajakesari, and for which the cinematographer-turned-director received appreciation from fans.

Krishna’s second outing was with Sudeep in Hebbuli, and the duo is coming together again for Pailwaan. Apart from direction, this will also launch him as a producer, as the venture is made under his home banner, RRR Motion Pictures.

The film, being made in Kannada, will also be dubbed and released in Tamil, Telugu, Malayalam and Hindi. As Krishna looks forward to the September 12 release, he speaks to Cinema Express, about how Pailwaan was an unimaginable product, made possible only by Sudeep’s support.

“For a technician like me, the actor became the pillar of strength. It was due to his presence that I was able to make this film on such a large scale and take it to five languages. Pailwaan, which eventually became a brand, also gave rise to the production house, RRR Motion Pictures, and will mark my debut as a producer. Though we have experience in doing tele-serials, it is a different experience when it comes to making a movie,” says Krishna. 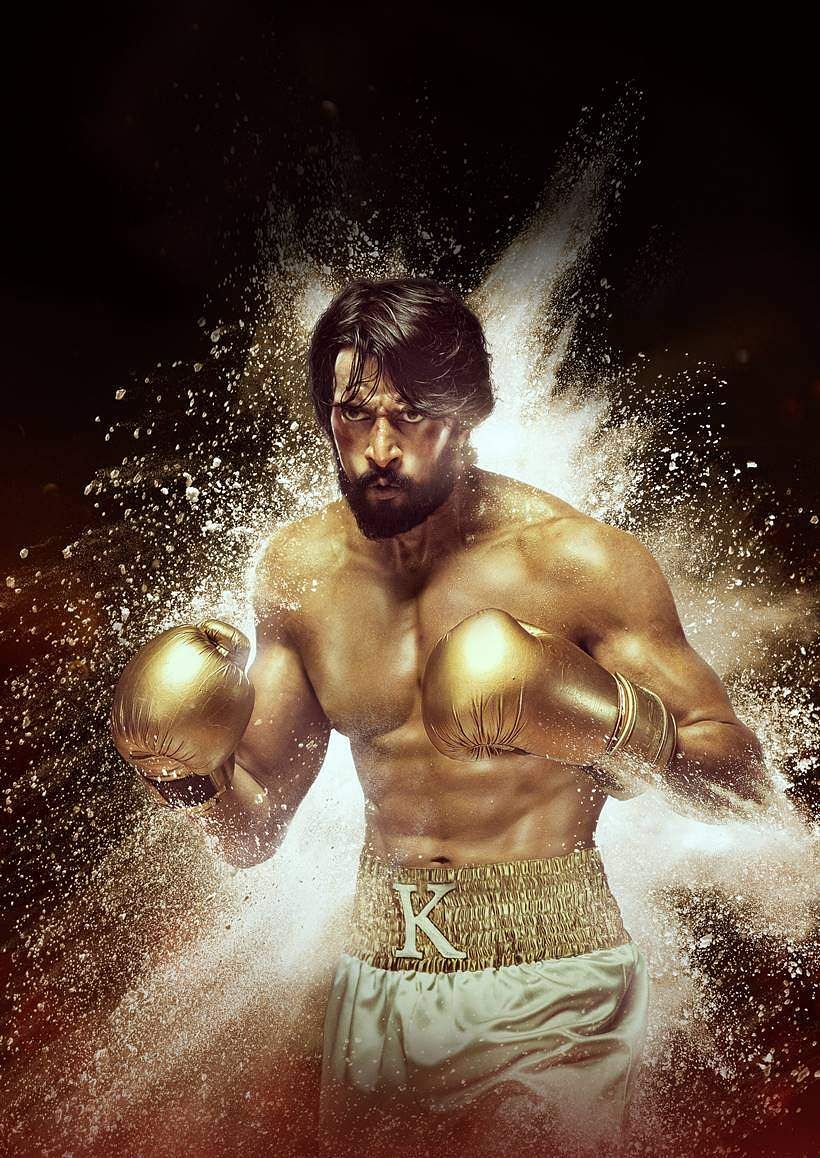 Pailwaan features Sudeep in the role of a wrestler and boxer, and the actor went through a rigorous fitness regime for it. “I recall the days when I went to Sudeep not only with the content, but also with the film’s title. He knew right then that the film required more than just performance. He knew that he'd need to hit the gym, which he did for the first time. For me, it was exciting to work with an actor who hasn’t attempted this kind of a subject or character earlier. Of course, there was initial hesitation from Sudeep’s end, but the subject attracted him. Pailwaan was my imagination, and he brought the character alive. It was nothing but the faith he had in me that gave me enough confidence,” the director says.

Krishna says while Pailwaan is a commercial entertainer, he also has a message to convey to the audience. “Every talented person should be given an opportunity, and India is full of talent. All we need is to identify them, which is the thought we have tried to put across through Pailwaan.”

The initial rushes and teaser gave rise to a lot of talk and references to Aamir Khan’s Dangal and Salman Khan’s Sultan. Krishna is aware of this. “In case of popular genres like sports drama, comparisons are bound to be there. It only turned out good for me. People compared our film to Sultan and Dangal because of the wrestling episodes, and also with English films like Rocky or Creed, where boxing is highlighted. Whether it is hockey, cricket or football, there will be reference to previous films. Today, when it comes to the subject of rowdyism, we often compare movies to Om. In spite of all these comparisons, our film stands apart because of the content, which the audience will know on the first day, first show,” he asserts.

Though Sudeep has not given him any overt compliments till date, the director believes the fact that the actor gave him dates for the project is itself compliment enough. “It was because he knew my passion towards work. This itself is a compliment, and the best rapport a director would want to maintain.”

The film was made over a 140-day schedule, and the director has got several actors and technicians on board for Pailwaan. While the editor came from Chennai, stunt masters joined the team from Hyderabad, Bengaluru, and even Hollywood. Bollywood choreographer Ganesh Acharya is also part of the project. Arjun Janya has scored the music, while Karunakar is the DOP. 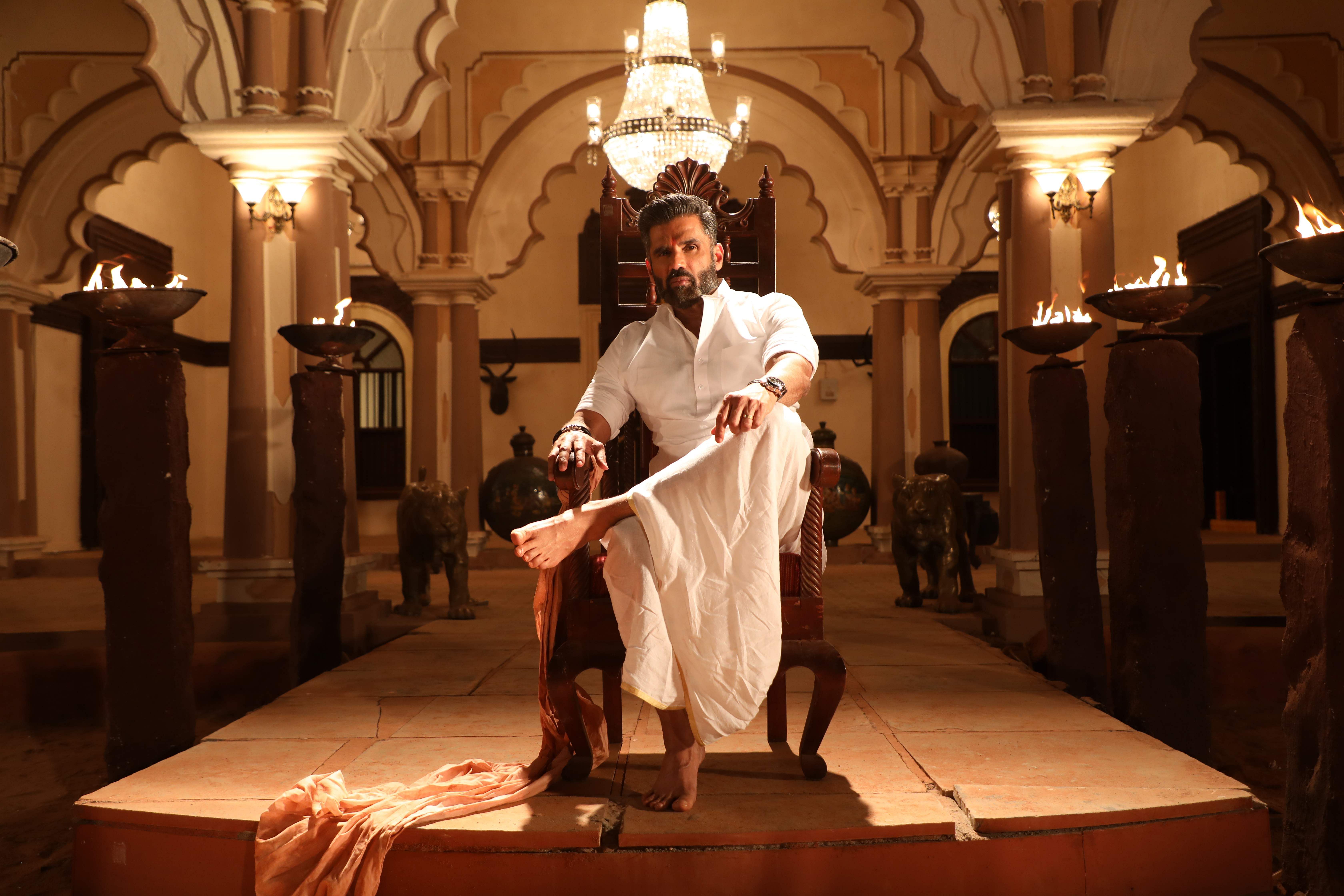 That Suniel Shetty is making his debut in a South Indian film with Pailwaan, says Krishna, is the icing on the cake. “It was a proud moment for me. Again it was Sudeep who made it easy. It was nice to work with an actor of that stature. We also have Aakanksha Singh and Sushant Singh working in a Kannada film for the first time, along with Kabir Singh and Sharath Lohitashwa as part of the cast.”

Though the best moments of his career have been when the film made a lot of buzz, and people started admiring the work, this also brought stressful moments for Krishna. “Handling the promotion in five languages has been the toughest task. I am also running around to check on the CGI work, music, DTS, as well as the promotions. Of these the promotions are the most difficult to cope with. However, it is just a matter of a few more days,” he says. “We can’t wait to get into the ring.”