Enable Javscript for better performance
The master of mystery - An exclusive interview with Naga, the creator of Marmadesam- Cinema express
ADVERTISEMENT

The master of mystery - An exclusive interview with Naga, the creator of Marmadesam

With the supernatural thriller Marmadesam officially released on YouTube, we catch up with the series' director to know more about the cult classic

Wedged between the bustling streets of T Nagar, director Naga's silent and serene office is a portal to another dimension - in this case, the 90s. Here is the man whose brainchild, Marmadesam, was the staple diet of many-a-90s kid. He smiles at the compliment but as we talk about his special series getting a re-release on YouTube, his response is surprising, to say the least. "It was already uploaded on YouTube long back by someone else. So it's not exciting per se. But a lot of people are talking about it and to see a new wave of millennials' responses to the show is interesting," says Naga.

"I was basically a cinematographer who worked with Balachander sir in his teleserials. One day in 1996, the series' producers — Kailasam (K Balachander's son) and Chandrasekhar of Min Bimbangal — met me on the sets of one of these serials. They had already zeroed in on a story from Indra Soundar Rajan's books and wanted me to make a series out of it. I accepted immediately because I thought I was being hired as a cinematographer. But they actually wanted me to direct too. I gave myself a couple of days before agreeing to do it.

Our next step was to meet the writer. He had just then written a series called Ragasiyamai Oru Ragasiyam in Ananda Vikatan. It was a whodunit and I really liked it. But it did not have enough content for more than 26 episodes and we couldn't have broken even with it. So we developed 26 more episodes and that became Marmadesam, a title suggested by KB sir himself. The rural parts — the temple and navapashana lingam — were written by Indra Soundar Rajan while we wrote the urban part that follows it — the lorry that kills people.

At the end of that series, we thought of coming up with another because we had that slot in TV. We were interested in another book of Indra Soundar Rajan's, Vittu Vidu Karuppa!, which when we started working on it became Vidathu Karuppu. The author's inspiration came via a ruffian who would not be afraid of anything but his village deity Karuppu. It was also a whodunit but this time came with an added revenge layer. I did not like the ending though. So, when we adapted the story, I came up with the Multiple Personality Disorder trope, which was often referred to in villages as aavi pudichiruku."

"Back in college, I was more updated with physics than what was taught to us. I would be reading the latest articles of Scientific American while they would be teaching us Thermodynamics. I think it must have been because of my background. My mother's father, Chinappa, was a staunch atheist who was Periyar's close friend. My father's mother, on the other hand, used to take me to the temple every day. My first playground was the Kapaleeshwarar Temple. As a child, being exposed to such extremes, I started consuming content on both religion and philosophy like Taoism and Zen respectively. Now when I went back to my science books, something will remind me of the above mentioned philosophies and I would start connecting the dots. I found this exercise to be very interesting.

These interpretations, unknown to me, would be driving force for my stories. Karuppu Saami, for example, is a real story. People would leave their houses open and keep a sickle on the roof with its sharper end sticking out before going to the fields for their day job. No one would dare go rob such houses because it is believed to be guarded by Karuppu Saami. If a belief survives for generations, it must be because those who believe it find something satisfying in it. But for us onlookers, it will appear to be superstitious. I even have a scene in Vidathu Karuppu where, after the climax, a character apologises to a priest for ruining their beliefs, to which the latter will say that their beliefs are too strong to be destroyed by her. Their belief was that only the host of Karuppu was killed and he will reappear in another form." 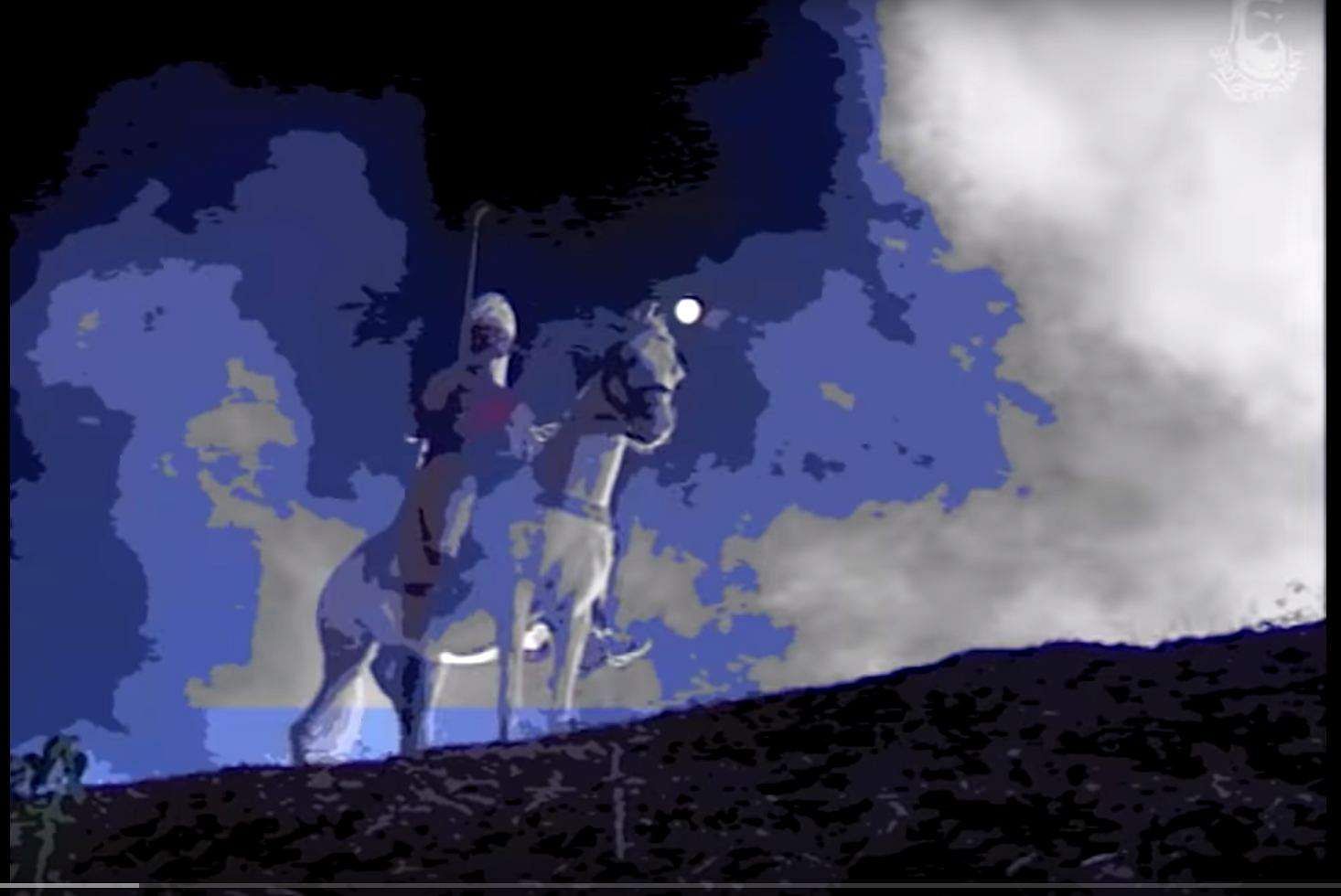 "If a book is very popular, then the adaptation of it will be a disaster (smiles). Take Ponniyin Selvan for example. It would be a great graphic novel but as a film, it's hard to make. Vandiyadevan would be interpreted differently by me when compared to others, so whoever I cast for such a role would get polarising views. We have to see if a text can be conveyed without dialogues. Something as simple as a character getting scared can be done in many ways by just working on the intensity of that particular scene. What you see and what you hear is what you write first. Bringing that out visually is the challenge."

The birth of cliffhangers

"In films, if I show a character at the beginning, I can bring him back at the end and the audience would still remember him. But when it comes to series, especially a weekly one like mine, I can't expect the audience to remember the storyline. So, I have to give something for them to mull over at the end of each episode and that is how cliffhangers were born."

For the first season, Ragasiyam, because it was a whodunit, we wanted the culprit to be there in plain sight. The audience had to doubt each character we introduced and so, we intentionally roped in popular faces and gave them hitherto unseen roles. For example, Delhi Ganesh is shown mostly as a poor Brahmin or a cook in most of the films. So we made him a high profile psychiatrist. Subhalekha Sudhakar was often given the role of a sacrificing brother or the hero's friend who gets killed. So we cast him as the village rowdy. Prithviraj who was shown mostly as an angry jobless youth was a techie from abroad in the series. This made the audience more aware of each character's presence in the show."

"In Vidaadhu Karuppu, the audience has to decipher everyone's character based on their background story. So we went for new and unassuming characters. Chetan, who was based out of Bangalore would often call me and talk about the first season. He was an aspiring director back then who had even done a short film. I wanted to cast him because of his features and soft-spoken nature. So we built the family around his character, Rajendran. If you notice carefully, each actor's first half of the face (from the forehead to the nose) or the second half (from the nose to the chin) would match that of the actor who would play their parent's role. That's a facial trait we all share with our parents. To quote another example, Poovilangu Mohan was cast as schoolmaster Varadharajan and to match his height, we got Sureshwar as his son. We told Sureshwar to match his walking style with that of Mohan to bring in that authenticity."

"The series was also Devadarshini's first in the fiction space. We initially had cast someone else, but they could not pull it off. While I was shooting scenes that did not require her character, Kailasam called me and told to check out a TV channel. I was shooting in a village and I had to find a tea shop that had a TV in it. I saw Devadarshini anchoring a show and I found her to be the perfect fit." 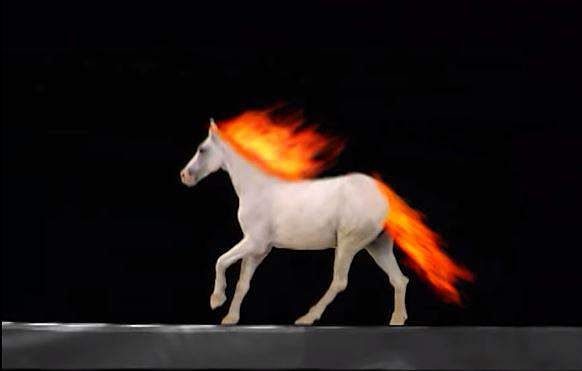 Putting the search in research

"For this series, I basically went throughout the state looking for Karuppu Saami temples. Those who don't know about him might think he's one deity but there are so many variations such as Maangadu Karuppu and Sangili Karuppu.  Then there are temples with two of them as brothers, appropriately named Periya Karuppu and Chinna Karuppu. It was fascinating to see how the villagers distanced themselves from such temples — they would go there only at a certain time of the day and that too, not alone.

I have heard stories about how some have actually seen Karuppu, with one man even saying that the deity is 15 feet in height while another claimed that when Karuppu crosses, one can smell sandal. They were so confident that they will ask us to come with them but unfortunately when we didn't get to verify their claims, they would brush it off by saying, "Namba nenacha na Karuppu varathu, adhuva nenacha dhaan varum".

The Azhagar Kovil in Madurai is a major source of inspiration. Between two doors inside the temple, there are 18 steps. The doors remain closed and people believe that Karuppu resides inside. I would have incorporated these doors and 18 steps as a footnote in the series.

In the search for the right banyan tree, I must have seen every single one in Tamil Nadu (laughs). For almost half a month, we went around looking for that perfect tree as it was a character by itself in the series.

Such recces happen often after we read an old book. It was our own treasure hunt. One particular time Mithran (director of Irumbu Thirai) and I went around looking for a herb but I can't say more about it because I am developing a series around the same." 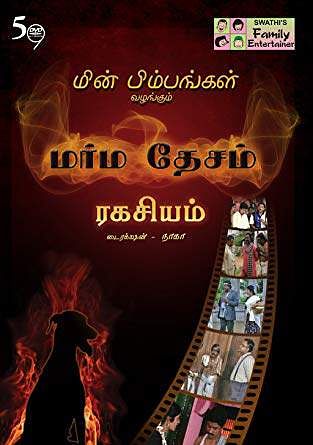 From deities to comedies

"After Marmadesam, I wanted to relax a little bit and that is how Ramani Vs Ramani happened. It is a story that would be universally relatable. Like in my house, I fight with my wife and then we would patch up. In retrospect, the whole incident would be funny. Kailasam and I had many such experiences between us (laughs).

The second season of Marmadesam was unplanned. Vidaathu Karuppu was my last directorial in the series. CJ Bhaskar took over and did Sorna Reghai and Iyanthira Paravai and by then the series went from one channel to another. I helped with the research for the series alongside Indra Soundar Rajan who worked on the story. After this break, I got back to the Marmadesam franchise with Edhuvum Nadakkum, but due to commercial reasons, we could not continue. After that I went back to Sun TV for Chidambara Ragasiyam." "I teach filmmaking and cinematography. I conduct filmmaking workshops. I write stories too. Infact, I am working on scripts for offshore OTT platforms as well as directing a Telugu film that will launch a newbie as the lead. I am not sure at this point whether it will be a multilingual.

To tell you the truth, I have more than 25 scripts with me. It is just that I don't go behind producers. It is hard to find one who has the same excitement as you do when it comes to doing a film."