Indrajith will be playing the lead in a sports drama titled Aaha, to be helmed by film editor-turned-director Bibin Paul Samuel, in his directorial debut. The fictionalised script, by Tobit Chirayath, is based on a famous vadam vali (tug-of-war) team ‘Aaha Neeloor’ from Pala, Kottayam, where the film is set. Indrajith’s character is based on the real-life captain of that team.

Bibin, who started off as an editor in Siddarth Siva’s 101 Chodhyanghal, has also directed and edited several ads. He has been waiting for the right script to make his feature-length directorial debut, Bibin tells us, adding that he found the idea of Aaha both appealing and important. “Since these tournaments usually take place during the night — sometimes going on till the early morning — the general public is not aware of it,” he says. “And also since the participants belong to a marginalised group, I felt this was a story that needed to be told in this day and age. This game gave them an identity — it was a mode to express themselves. They do manual labour during the day and turn into superstars by night.” 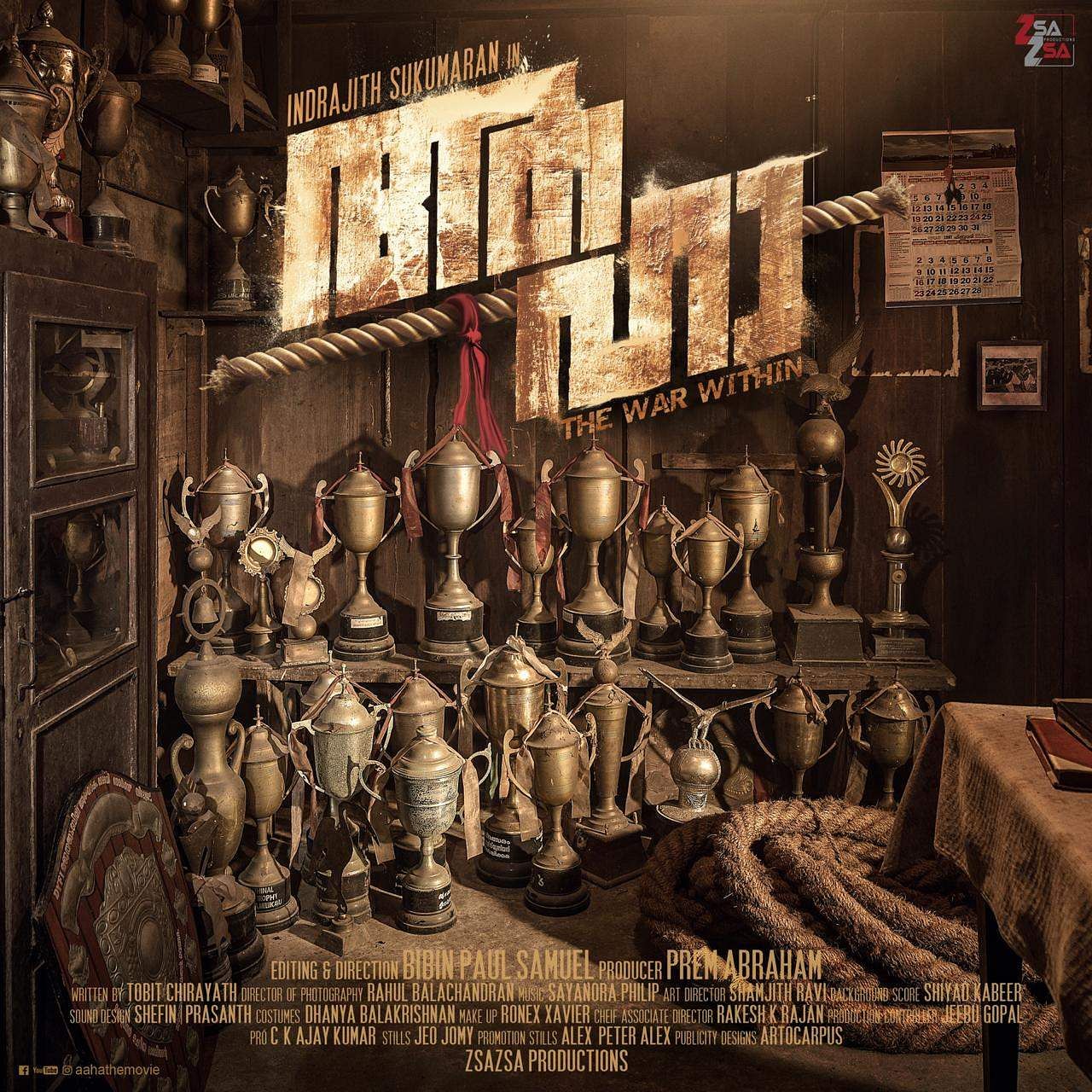 Bibin goes on to say that there are plenty of unexplored stories involving ‘Aaha Neeloor’ and the team that succeeded them, ‘Aaha Edappal’. “Vadam vali doesn’t get the importance it deserves. Like the vallam kali (boat race), it’s Kerala’s own sport. It was in Kottayam where it first originated and later spread to Kerala. This game is popular in 63 countries, with 1000 registered teams and 600 tournaments. However, in India, it’s only popular in Kerala. We have teams that have travelled to other states and defeated teams comprising policemen and army officers.”

Bibin adds that Aaha will be a full-fledged sports film from start to finish. “So far, we haven’t seen a completely realistic sports drama in Malayalam yet. To develop the script, Tobit created and sponsored a vadam vali team himself and participated in the tournaments for a year to get a taste of it all.”

The casting will be carried out in two weeks, and the team will start shooting in September. The makers will be issuing a casting call soon. Selected candidates will be required to undergo training and take part in camps so as to give everything an authentic look.

Aaha, produced by Prem Abraham, will have cinematography by Rahul Balachandran and editing by Bibin himself. Sayanora Philip will be composing the music, while Shiyad Kabeer will take care of the background score.

Meanwhile, Indrajith has been getting rave reviews for his performance in Virus. He will be seen next in Rajeev Ravi’s Thuramukham. He is also awaiting the release of his Tamil film, Naragasooran, directed by Karthick Naren. Recently, he revealed that he is playing a crucial part in a web series based on late Tamil Nade Chief Minister Jayalalitha’s life.