Asif Ali began this year with the successful Vijay Superum Pournamiyum, and followed up with two remarkable performances in the recent releases Uyare and Virus. His upcoming film, Kakshi: Amminipilla, scheduled for release next week, will showcase another noteworthy performance of the actor, assures filmmaker Dinjith Ayyathan, who is making his directorial debut with the satirical courtroom drama.

Dinjith, who has previously been part of films such as 1983 and Double Barrel, began his career 19 years ago in VFX and animation, working on 3D cartoons for companies like Nickelodeon and Reliance, before making his foray into feature filmmaking. “Even though I enjoyed animation, things were getting monotonous. I wanted to make a proper movie. Making that jump was risky but I made it anyway,” says Dinjith, who later shifted to Kochi to build the contacts necessary to aid his debut.

Dinjith had initially planned to debut with a football-themed film starring Dulquer Salmaan in the lead, but it didn’t materialise. He later approached Asif with the same idea but that didn’t work out either. However, he doesn’t regret it. “It was a technically challenging concept — not ideal for doing a debut filmmaker. In retrospect, I feel that it was a good thing that project didn’t happen,” he reminisces.

Kakshi: Amminipilla was born out of his encounter with first-time writer Sanilesh Sivan. The story, which is not based on any true incidents, revolves around a newly married couple—Amminipillai (Ahmed Sidhique) and Kanthi (newcomer Fara Shibla)—on the verge of divorce. Asif’s Pradeepan Manjodi is the advocate who decides to take on their case. Elaborating further on Asif’s character, Dinjith says, “He believes that this case will be his breakthrough and tries to solve it in his own crooked ways.” 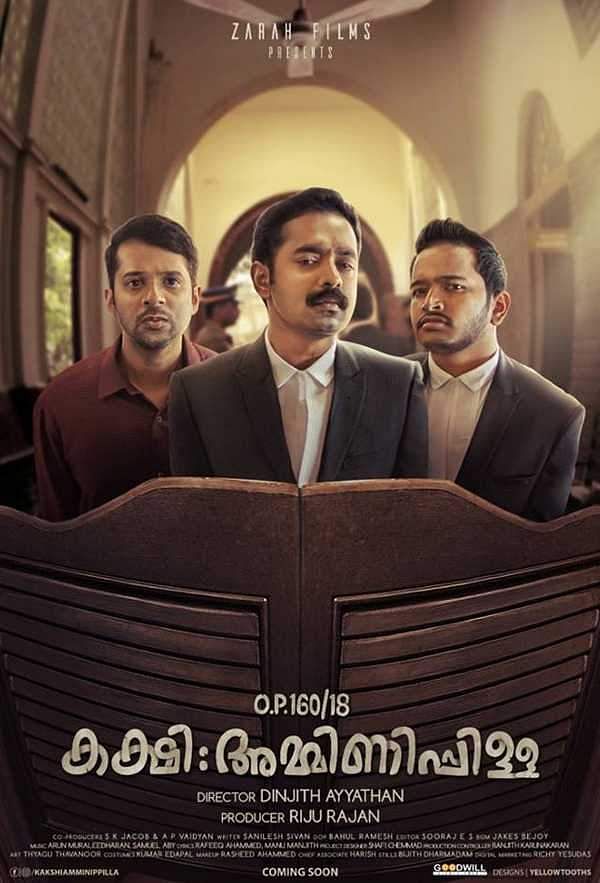 Dinjith feels it’s a subject that needs to be told to the audience. “We are addressing a serious, socially relevant issue in the film. We still come across parents who decide everything for their children without caring about their interests. Kerala has one of the highest divorce rates in the country.”

Given that Asif’s character is also an aspiring politician, it made more sense for the team to place the story in Thalassery. Also, Dinjith happens to be a Thalassery native based in Chennai.

Quizzed on the use of the Thalassery dialect in the film, Dinjith explains that the team has not tried to keep things too authentic as it might be difficult for some audiences to get. “The dialogues will be easy to understand for any Malayali,” he says.

To lend the film a realistic vibe, Dinjith attended various courtroom sessions for six months to capture the right ambience for the film. The film has been shot by cinematographer Bahul Ramesh, who came on board after impressing Dinjith through his work in the short film Grace Villa.

Produced by Riju Rajan, the film has editing by Sooraj E.S, background score by Jakes Bejoy and music by Arun Muraleedharan and Samuel Aby.