The actor, who plays a nyctophobic video-game programmer in Game Over, tells us about growing up on vintage video games, her return to Tamil cinema, and her mission to brighten up Anurag's stories

Premising a film on video games, or straight out adapting one, can be tricky. How do you restrict interactivity while making the viewer feel in on the action? How do you combine the moment-to-moment intrigue of intricate level design with the needs of a larger screenplay? Most importantly, how do you transport the audience into a character — the way most first-person games are equipped to do — and make them feel its fears? Ashwin Saravanan’s second feature film, Game Over, starring Taapsee Pannu, sets itself up for the above challenges. As evident from the trailer, the film is hard to categorise, a traditional home invasion thriller meets psychological noir meets chamber drama meets what have you. Taapsee, who returns to Tamil cinema with this project after a gap of four years, shares our confusion.

“People are predicting that this is like (Netflix’s) Bandersnatch but it's not. Neither is it completely a home invasion movie. There's a lot going on with the character that does not follow genre rules,” she says, speaking enthusiastically about the research that went into the film. “I portray a video game programmer who makes all these high-end games but likes to play vintage games. They sourced all kinds of old consoles and controllers for me to use. There's a variety of gaming equipment you will see in the film.”

Like her character, Taapsee grew up playing old video games (Pac-Man, Super Mario Bros.) and later owned a PS3 through college. “I liked this contrast in the character… she works in an advanced industry but when she is alone, she revisits old times.”

'I think I ruin my performances when I dub for myself. It is not possible for me to recreate what I do on sets, in a room, in front of a mic. It does help that in Bollywood, we shoot in sync sound. However, I did feel this disconnect in my earlier Telugu films, and thus, learnt the language as well. Having said that, Game Over is a visual film. We shot simultaneously in Telugu as well, which helped me understand the pacing of the dialogues better.' 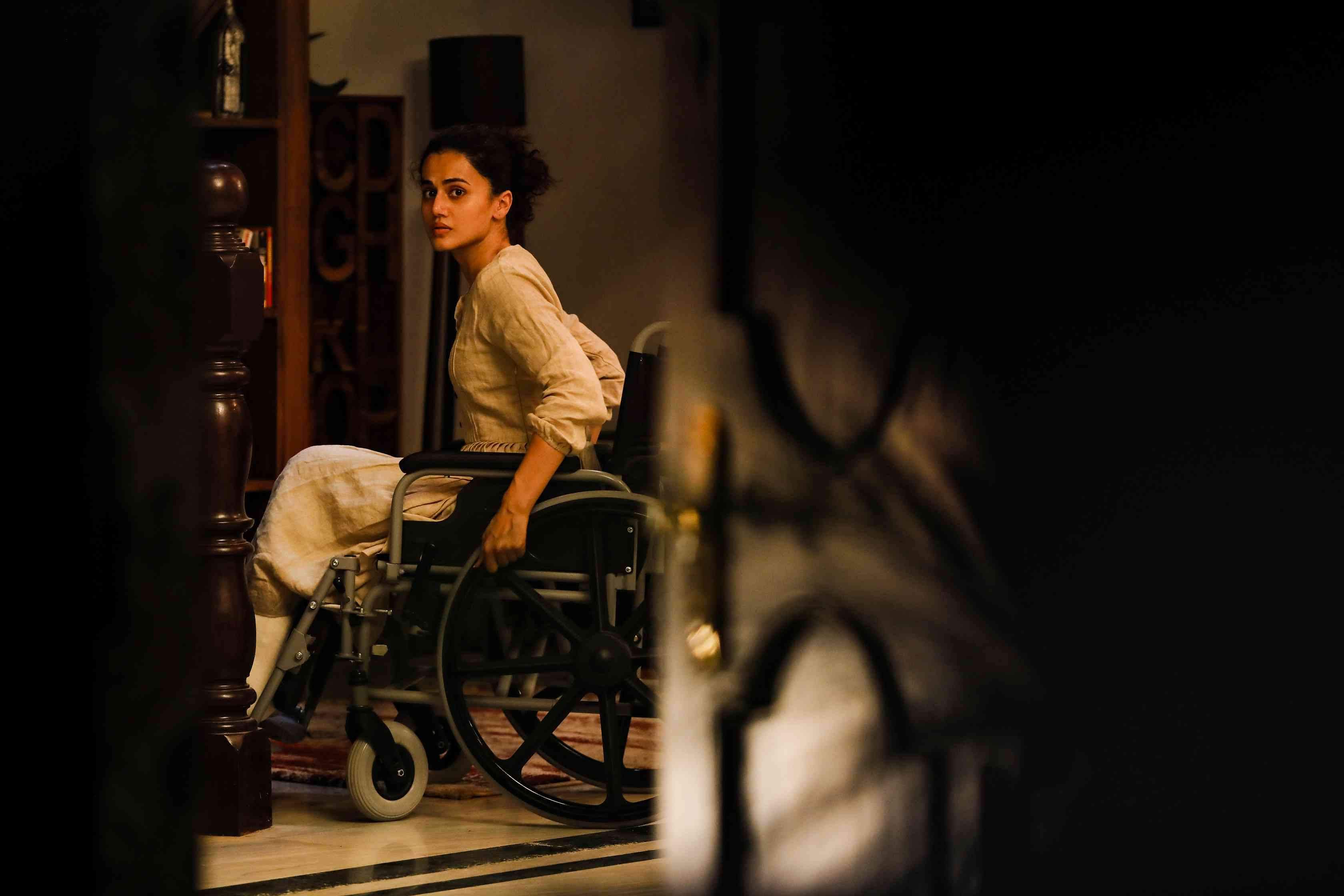 On her collaboration with Ashwin, Taapsee admits she isn't a fan of horror and hasn't seen his breakout film, Maya (2015), starring Nayanthara. “I had seen visuals of that film and read amazing reviews. A lot of industry people had great things to say about him. His out-of-the-box thinking was evident in the script of Game Over as well.”

Interestingly, Taapsee’s previous film, the well-received Badla co-starring Amitabh Bachchan, also hinged on two people restricted to a confined space. “The fear we had about Badla was whether audiences would accept two characters sitting across a table, and talking on and on. In this film too, it’s a limited space. My character's in a wheelchair and then, there's the invader. There’s hardly any dialogue. It’s all about movement and sound work. So once again, I have the first mover's advantage — or disadvantage. Let’s see.”

Hailing from Delhi, Taapsee made her acting debut in the 2010 Telugu film, Jhummandi Naadam. Her first Tamil role was opposite Dhanush in Vetri Maaran’s Aadukalam, which was released the following year. Although she made her Bollywood debut in the 2013 comedy, Chashme Baddoor, widespread recognition came with Neeraj Pandey’s Baby (2015), in which she played the role of Shabana Khan — a character explored further in the snip-off, Naam Shabana.

In recent years, Taapsee has scaled a stunning rise with high-impact roles in Mulk, Manmarziyaan, and Badla, all while ensuring that she remains connected with her regional careers. “I want to be the same Taapsee I am in Hindi for my South audiences as well. Due to language restrictions, perhaps they cannot offer me too much variety. That’s why I had to wait for a great script in Tamil. In Telugu, I am trying to do one film a year.” The actor shares she can speak broken Tamil but has difficulty with grammar and tense. “Before shooting a scene, I take my dialogues and learn them. On account of my experience, my Telugu is better than my Tamil.”

Game Over is presented in Hindi by Anurag Kashyap. Taapsee, who worked with the filmmaker in Manmarziyaan and will be seen in his upcoming production, Saand Ki Aankh, says she isn’t particularly fond of the darkness in his films. “I like Dev D and Gangs of Wasseypur. I am not interested in the other, darker stuff. I would agree if a person who is dark in nature was making these movies, but he is not. During Manmarziyaan, I kept heckling him to put some light on my face. I take it upon myself to bring brightness in his films, if not in his life.”