My heart still beats for offbeat cinema: The Mammootty interview

In this exclusive interview, the multi-award winning actor talks about his upcoming film, Mamangam, his love for offbeat cinema, social media trolling, and more

During rare times, you get to meet someone you have idolised your entire life. It's surreal to have someone who has inspired you all your life, converse with you like you were long-lost friends; to have someone whose posters adorned your walls, be at arm's length. Despite the raging desire to unleash the inner fanboy, you try to make sure that an overarching sense of professionalism keeps you grounded. I was going through such inner conflict, while interviewing three-time National Award winner, seven-time Kerala State Award winner, and 12-time Filmfare Award recipient, Mammootty.

During a brief interaction with him in 1998, I remember addressing him as 'uncle'. Now, sitting opposite him, ought I to go with the usual 'sir' or the professional 'Mr Mammootty', or perhaps test waters with the endearing 'Mammukka'? "Mammukka sir," I tentatively offer, as we begin to discuss his upcoming film, Mamangam, which sees him return to the historical genre for the first time since Pazhassi Raja (2009). This is the genre, remember, that gave him his first National Award three decades earlier for Oru Vadakkan Veeragadha (1989).

"Mamangam is being told by many proficient and prominent people in the industry. It is basically an unending revenge story set in the 16th-17th century. I was thoroughly impressed with the concept, the history and the emotions behind it," says the actor as he explains why he chose to be part of this M Padmakumar-directorial, bankrolled by Venu Kunnappilly of Kavya Films, that is expected to get released around Diwali. "There are so many unsung heroes in our history, and we have chosen one such for this film. We have to bring these incidents to the notice of an entirely new generation of people who are not aware of such an important part of our history. I believe being part of a film like Mamangam is the fulfilment of a historical duty." 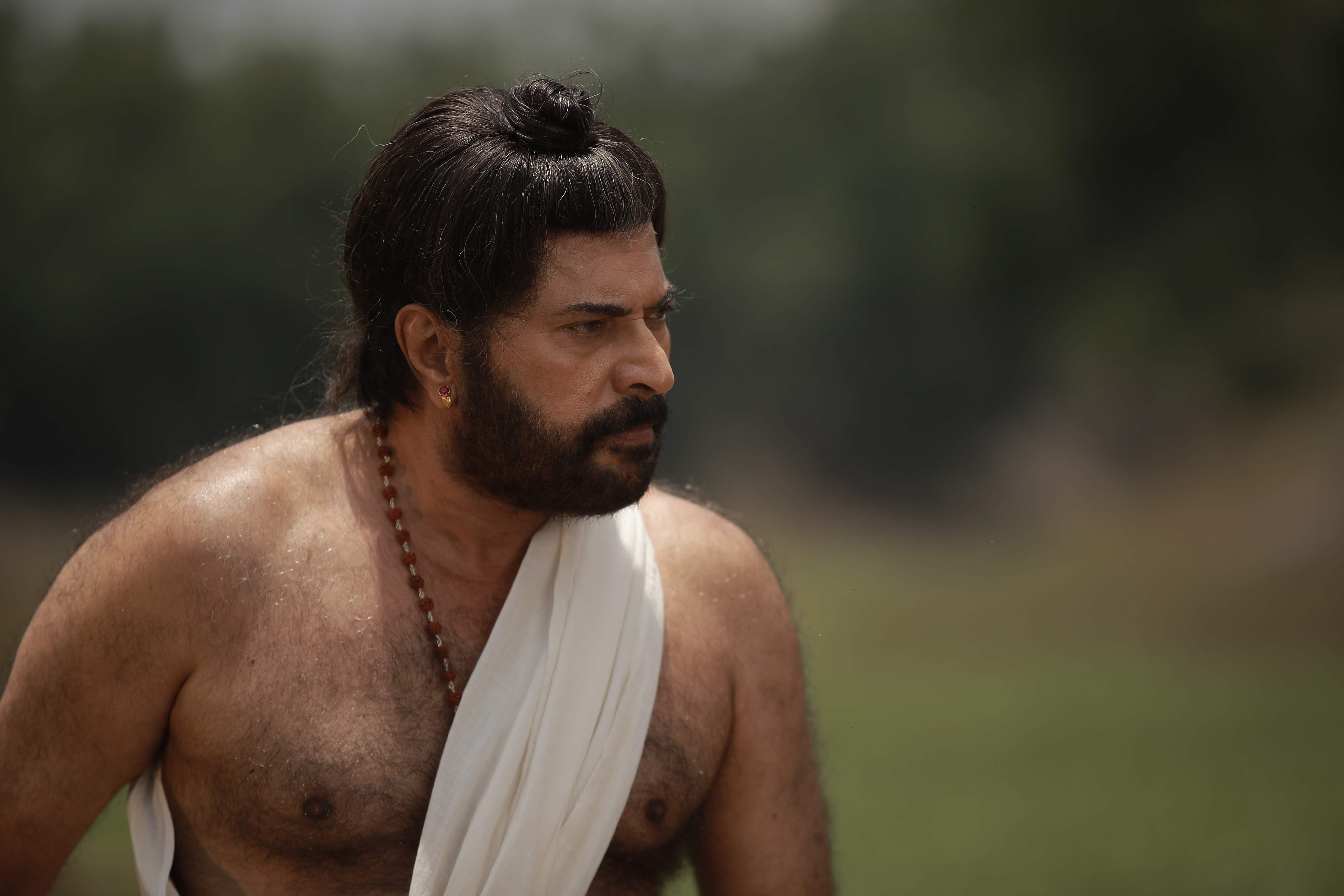 But it is not just these 'offbeat' films that excite the actor in Mammootty. He is coming fresh off the success of a true-blue commercial entertainer — Madhura Raja. Does he believe cinema has the responsibility to deliver messages or educate people? "Not at all. Cinema cannot give messages. While there are cases where messages in cinema influence people, it is not necessary to espouse them with every film. Take Mamangam, for example, if we showcase this historical subject with authenticity, people will believe the life and times of a real hero from our very own history. They take home with them a well-delivered story. If it is only messages that need to be delivered, you can simply do it over the phone."

After many years of encountering all the anecdotal accounts of him, I am caught off-guard by this tongue-in-cheek humour. Did I catch him on a good day or is this how he is? If he were the intimidating presence some people claim he is, how did as many young directors get to cast him for their films? While Mammootty worked with established names in the initial stages of his career, he also later started using the power of his stardom to work with many first-time directors.

"I never received any advice when I started out in cinema all those years back. I believe everyone should be guided by their own conscience. You should find where you want to be and what you want to be. I wanted to be an actor. I wanted to achieve it. I struggled for years before managing to become one. So, in a way, I understand what it is to struggle in cinema," says the actor, who adds that this journey naturally came with its share of ups and downs. "There is no excitement or thrill in life if you do not face any hurdles. Unless you fail, how can you win? You cannot always be a winner, and that means, you need to lose to some people. There will also be times when people lose to you." And suddenly, with just a look, you know he wants to cut down on the philosophy, and have the conversation be about films.

He has spent almost four decades in cinema, and been part of the technological advancement in the field, and seen a transformation in the audience's consumption of cinema. How does he see the recent trend of people dismissing yesteryear films by viewing it through today's lens? "That is bad. There is no point in comparing them with the power of today's technology and knowledge. For example, if you compare the original Ten Commandments with Exodus: Gods and Kings, it is unfair. You can't say that is bad and this is good. That was good then. This is good now. Tomorrow, something else will take place. Cinema, like everything else, is a medium that undergoes changes."

While on changes, I ask him about the various fan wars and incessant trolling that erupt in his name on social media. While he does agree that there is blatant misuse of the freedom the medium provides and limits are often crossed, he says there is little he can do to put an end to it. "It is not like fans are under our control. Firstly, we have no time to exercise any control; also, they are doing these things out of choice. You can't control choice. Nobody can," says Mammootty, adding, "This is a new kind of freedom in our hands, which should be used responsibly. Tea kadai la ukkandhu edhedho pesittu irundhaanga illaya? Adhaye ipo social media la panraanga (What people did once in tea shops, they are now doing on social media). Only here, there are so many more listeners."

This year, 2019, Mammootty's films have reached a wider audience, as his comebacks in Tamil and Telugu cinema have been really well-received. Be it as Amudhavan, a doting father in Peranbu, or as the inspiring leader, YS Rajasekhara Reddy in Yatra, the actor has made inroads into the minds of the current generation of cinema goers. Was this a planned decision to branch out a bit more? "I don't plan my career at all. In my case, most things just happen. I cannot plan. Even Mamangam was planned as a 2018 release, and see where we are now!" He is 67 now, looks far younger than his age, and continues to have a steady stream of releases: Six last year, with this year set to have another six. 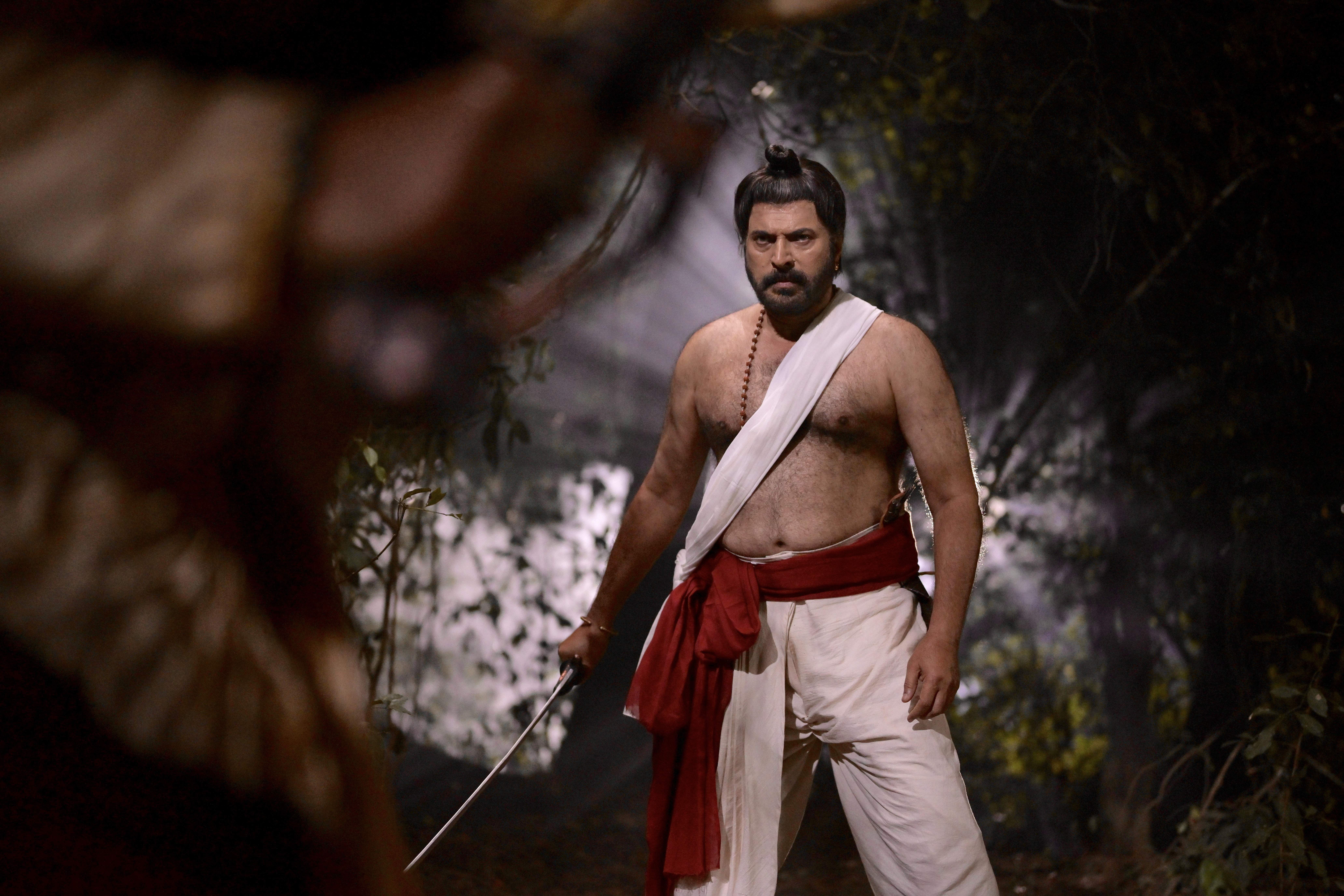 "See, if I slow down, it means I am controlling my energy. I don't want to do that.  Why should I control it and trouble filmmakers who want to make films with me? The slowing down will happen naturally due to a variety of reasons including shooting delays etc... I don't want to voluntarily control it. I am happy with my pace."

This pace is important for an actor like Mammootty who doesn't restrict himself to a particular brand of cinema. A film like Madhura Raja is preceded by a Peranbu, and succeeded by an Unda. A stylish cop thriller like Abrahaminte Santhathikal follows an interesting social commentary in the form of Uncle. Even his highly controversial Kasaba came on the heels of a Pathemari. "Personally, I think it is because I started my career with films that can be slotted into the parallel cinema category. My passion for such films is still raging. That is why, even for my first Tamil film in almost a decade, I chose Peranbu. The thing is, incidentally, I became a star, and I'm doing commercial films. However, my heart still beats for offbeat cinema."

I am told that our interview slot is over, and I have to vacate my seat for perhaps another of a vast number of his admirers. The popular adage goes, "Never meet your heroes, they tend to disappoint you." After this interaction though, it can be safely said that Mammukka sir is an exception.