Cop clichés and budget constraints make up the jokes in Arjun Patiala. The upcoming spoof comedy is directed by Rohit Jugraj and stars Diljit Dosanjh and Kriti Sanon in the lead roles. Diljit, who made his Hindi debut as an assistant sub-inspector in Udta Punjab, says he is a fan of Bollywood cop movies. “I’ve seen all of them, starting from Zanjeer, which is my favourite. I also played a cop in Jatt & Juliet 2. This is the first time I am doing a spoof. I wasn’t aware of the genre until I read the script,” he adds.

Although a popular comedic actor in Punjab, Diljit has mostly played serious characters in Bollywood, including his leading turn as hockey champ Sandeep Singh in Soorma (2018). With Arjun Patiala, however, the actor is set to tickle our funny bones. “As far as timing is concerned, it’s ingrained in an actor. Comedy has its own vocabulary, independent of language. I can express an emotion in a hundred different ways in Punjabi, which I can’t in Hindi. Thankfully, our writers (Ritesh Shah, Sandeep Leyzell) have done a great job with the dialogues. I just followed the script.” In the film, Kriti portrays a spunky crime journalist working for a local channel. As reporter Ritu Randhawa, she takes stock of Diljit’s eccentric — and non-violent — crime-fighting ways. To prepare for the role, Kriti started by watching regional reportage from smaller towns. “These channels have a slightly different tone of covering news (compared to mainstream networks). While watching those clips, I came across various bloopers — for example, the camera would be rolling but the take has not started yet. Or something funny would happen in the middle of the take. These bloopers are what made the reporter look real,” she says.

Arjun Patiala is Kriti’s third outing with Maddock Films. Her last release, Luka Chuppi, also produced by the studio, was a box-office hit. “A Maddock script always has a different spin to it. It’s never generic. Even if they are doing a buddy cop film, which has been done many times before, they have reshaped the humour so that the characters are making fun of themselves.” Kriti agrees a meta-comedy can be a great vent for mainstream actors.  “Absolutely. There are times while watching a film that the audience goes, 'Where the hell did that song come from?' In Arjun Patiala, you will see us admitting it’s a pointless song.” 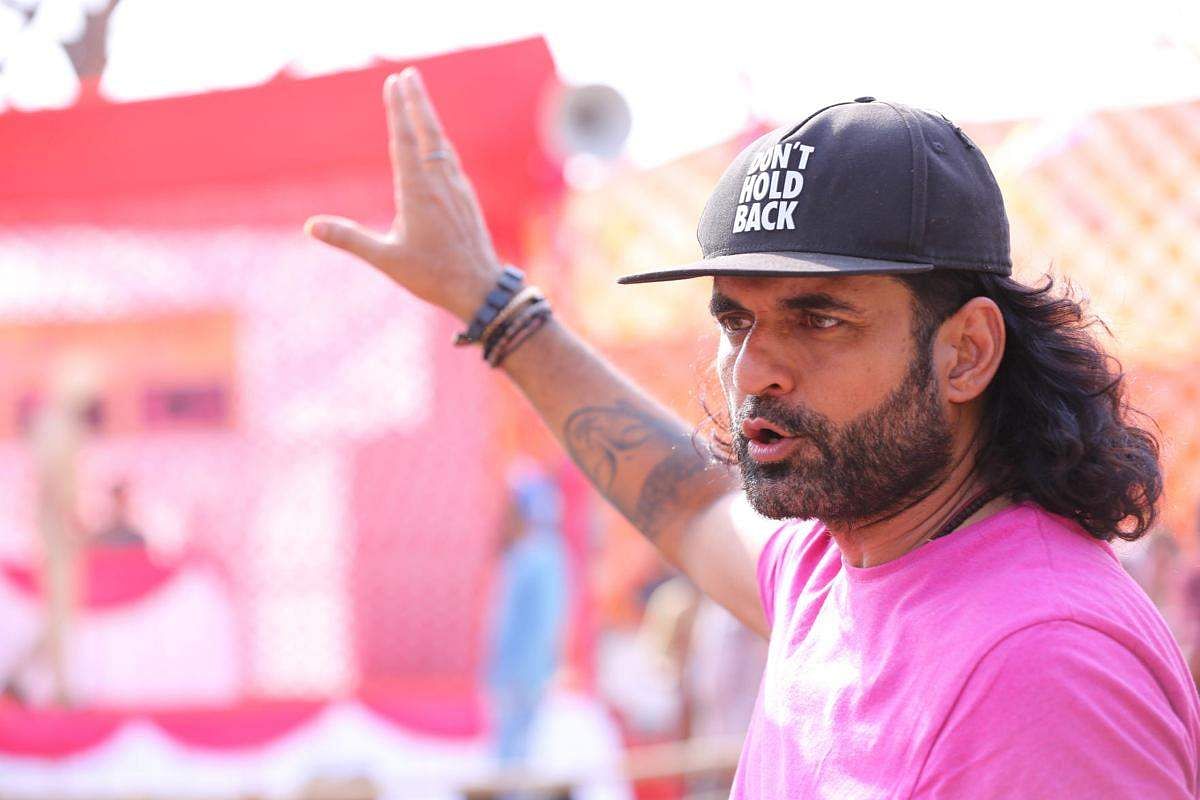 Director Rohit was inspired by Edgar Wright’s buddy cop comedy Hot Fuzz (2007) to explore something similar. The filmmaker had previously directed Diljit in Sardaar Ji and Sardaar Ji 2 and wanted to cast him in the lead role. “Diljit has a similar comic energy as Edgar’s,” notes Rohit. “He matches up well alongside Varun Sharma, who I loved watching in Fukrey. As for Kriti, I can say she has finally discovered her comic timing. She is the surprise element in the film.”

Rohit started his career assisting Sanjay Leela Bhansali and Ram Gopal Varma. He made his directorial debut with the Hindi action film, James (2005), and wrote the screenplay for Players (2012), an Indian remake of The Italian Job. After a slew of Punjabi hits, the filmmaker is back to Bollywood with Arjun Patiala.

“I like the cop entertainers Rohit Shetty makes. He portrays them in a respectful, glamorising, superhero way, while I like to take things lightly. Across the north, people have a love-hate relationship with cops. We are afraid of them yet like to poke fun at them. In Punjab, you can gauge the rank of a policeman by his waist length. This is all in jest, of course. Cops ultimately protect us and must be respected for what they do,” he says.