Rashmika Mandanna: I want to play characters that defy boundaries

Despite coming off a grueling press meet followed by a musical event, where she performed a few dances, Rashmika Mandanna shows up looking quite vibrant. “I can't sit idle. I always need to do something big. The days I hate most are those where I don’t have much to do,” she says.

The actor has a handful of films she is working on: Three in Telugu, one each in Kannada and Tamil. "I haven't been able to get proper sleep the past week. I occasionally complain about it, but I would be lying if I said I don’t enjoy all this," she says with a laugh.

With her latest film, Dear Comrade (that is being dubbed in Malayalam and Tamil), set for release this Friday, here’s Rashmika talking about the film and her camaraderie with Vijay Deverakonda:

It has been reported that you learned to play cricket for Dear Comrade. How was that experience?

Yes, I had to. I even played a few matches with the direction team. Even if the actual scene was just for four-five minutes, I had to practise for at least four to five months for it. This character is quite different from any I have played so far. In fact, I didn't think I could pull the character off, but the makers were confident that I could. The character is a young, confident girl who also happens to be a cricketer.

How do you understand your identity in Telugu cinema? Are the expectations from you different based on the language the film is in?

Well, let me put it this way. In Kannada, I do what the audience wants me to do. In Telugu, I do what I want to do. The Kannada audience is much closer to me, because I made my debut there. They accepted me, and I will never leave them, even if they dislike me. I'm stubborn like that (laughs).

As for Telugu, take a film like Chalo (Telugu debut). I played a rebellious college girl in it and people here accepted me too. She had both looks and character. At the end of the day, I don't want to be known just for my looks. Chalo provided me with a solid entry in the industry. And then, I got an extremely different character in Geetha Govindam with Vijay Deverakonda. This made people realise that I could play emotional and angry characters too. My third Telugu film, Devdas, was not really my choice — it was the product of a group discussion. I'm glad I did the film though because I got to do a bit of action, which was a lot of fun. 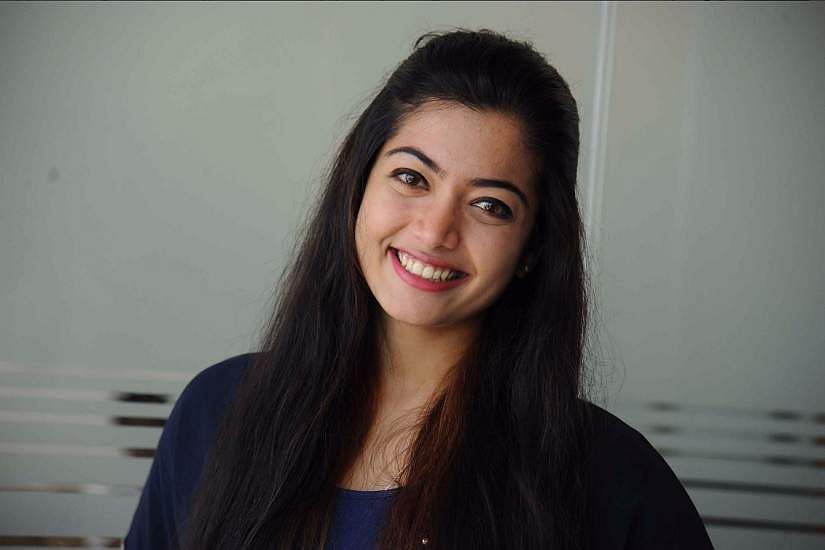 There is a lot of debate now on the portrayal of women in cinema and the need for actors to be politically correct. How do you see this?

It’s a male-dominated industry, and at some point, this seems to have become the norm. However, women are standing up for themselves now, which is amazing, but I feel like a lot more of us need to do this. In Kannada cinema, women are not dependent on anyone, anymore. As for myself, yes, I'm a bit scared to say anything in front of an audience. You don't know how they will react, and whether or not, it will be thought of as a mistake. We are human beings, after all, and we make mistakes.

We are in the public eye, and people talk about us as if we are public property. All the actors who look fearless on the outside, are all worried about this. One of my Kannada films — Anjani Putra — got a stay because someone said something wrong. It was my second Kannada film, and I had no clue what was happening. Now I understand more about how merciless the world is.

While on Kannada cinema, there has been a lot of good, thought-provoking content coming up in recent years.

The present crop of filmmakers are coming up with beautiful scripts. This younger lot has no worry about budget or box-office success. They want to put their ideas out there, no matter what. Even if it's a small-budget film from these directors, I'm hyped. They refuse to play safe.

What about you? Were you expected to play safe when you started out?

Yes, because Kirik Party ran so well and my character was so well-received, I was offered similar characters — the innocent girl, the girl-next-door... They would have no craziness about them. Truth be told, I'm not getting the opportunity to explore more, because filmmakers keep bringing me this kind of roles. I want to defy boundaries with my characters. They should make the audience go, "Wow!"

Does criticism of your performance or characters bother you?

It does. I'm aware that there will be at least one person who doesn't like me. I hope to get stronger as time goes by, but right now, criticism definitely hurts.