Vanakkam Sumo: A day on the sets of Sumo, starring the Vanakkam Chennai pair, Shiva and Priya Anand

Our journalist visits the sets of Sumo, Shiva's new film, and talks to the people involved

When an artist like Rajiv Menon is associated with a project, you make a few assumptions about it. It came as a surprise then that the film whose sets I had the opportunity of visiting is an Indo-Japanese film called Sumo that has screenplay and dialogues by Shiva himself. Hosimin, who previously helmed Bharath-starrer February 14 and Shanthanu's Aayiram Vilakku, is making a comeback as a director through this film, produced by Ishakri K Ganesh's Vels Film International.

Walking into the film sets at AVM Studios, if I'd expected total silence, I realised how wrong I was. Just like Shiva's films, the shooting spot was filled with cheer and festivity, with the crew shooting the last sequence of a vinayagar song, which is planned for launch on Vinayagar Chathurthi. Siva, who was 'dancing' to the tunes of Nivas K Prasanna, in front of a Vinayagar temple set, sported a rose colour shirt and veshti. During the break, he gave a quick and brief glimpse into the film. "Namba oorla therinjadhu laam Tata Sumo dhaan... but our film showcases the actual sport in its truest form. Sumo wrestlers are big, cute and loved by everyone. Imagine if someone brought an elephant to your street? People will instantly become overjoyed, excited and start feeding it without any fear, right? Despite being mighty and strong, it doesn't go around hunting people like other wild animals. I believe Sumo wrestlers are like that. Though they have immense power, they are the cutest and friendliest among us." He went on to explain the backdrop of the song. "The sumo in the film has an incredible appetite and we are forced to come up with unique ideas to feed him every day, like making him participate in an idly eating competition. During one such attempt, we dress him up as pillaiyar to get free food and sweets from our neighbours and this song gets played during that sequence. We want this song to be an integral part of Vinayagar Chathurthi every year. I should thank composer Nivas for delivering such a wonderful number within three days."

On his own role in the film, he said, "Usual ah ella padathlaiyum vara madhri, naan army officer ah vandhu India va kapathren. (laughs) Well, you know what kind of person I am and the characters I have played so far. I play a jovial surfing instructor, and Priya Anand plays my love interest. A sumo wrestler enters our life, and his backstory and the twists he brings will definitely be loved by the audience."

Director Hosimin joined us and expressed much praise for his team. "Siva is spontaneous and has great judgement. Apart from penning the screenplay and dialogues, he has scouted locations for the film and taken care of the casting. It was he who zeroed in on Yoshinori Tashiro for the role. Yoshinori is an ex-sumo champion and a gifted actor. He is sweet and supportive, and improvised a lot of scenes, without our prompting. Apart from him, the film has 18 other sumo wrestlers and all the referees and instructors you see on screen are professionals." He then elaborated on working with ace cinematographer, Rajiv Menon. "Working with him is like attending a university. He's a perfectionist and it's hard to satisfy him. As you saw now, he never compromises until he gets the perfect shot. Just like other Rajiv sir's films, the visuals of Sumo will be spoken about by the audience."

Love for a fellow human is the central theme of the film, he added. "Love is the only factor that erases geographical, racial, lingual and cultural differences boundaries. The story revolves around the beautiful relationship between a Chennai-based surfing trainer and a Japanese sumo wrestler. This simple yet unique idea fetched me all the resources needed for the film, right from Shiva to the production house. I must thank VTV Ganesh sir for shouldering the project and elevating it to the next level." 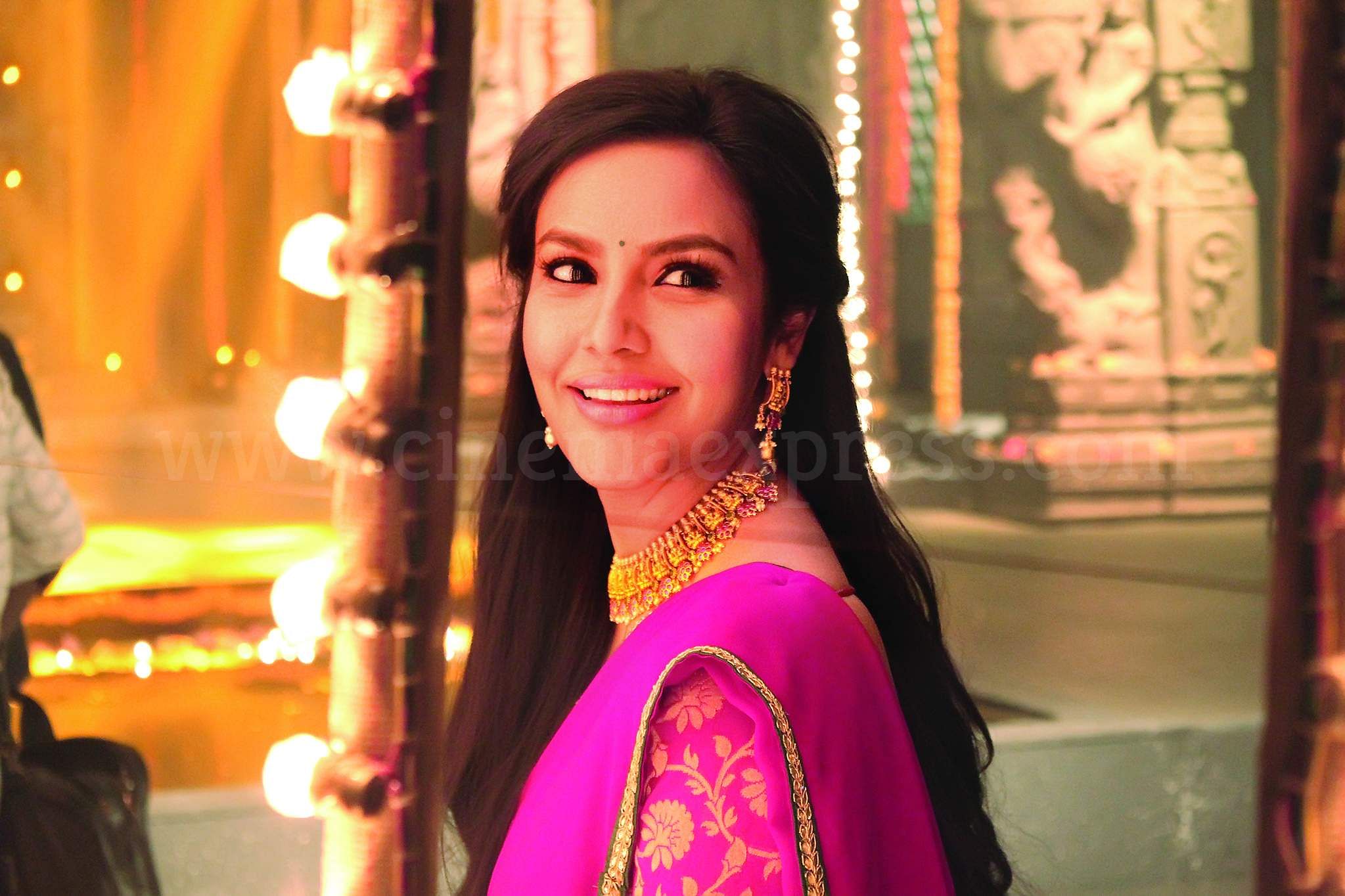 Priya Anand, who had relatively lesser portions to shoot for, was playing with her pet dog, Bumblebee, while wearing makeup for the song. Asked if she is this relaxed during other shoots, she said, "I'm lucky to have got such a friendly unit. We have shot for more than thirty days so far, and not even once have I felt pressurised or overworked. The entire crew is so chilled out." About working with Shiva after Vanakkam Chennai, she said, "I knew that he always had a storyteller in him, and I am not surprised by the fact that he has penned such a lovely script. There are numerous films coming out with the tag 'India's first', but often fail to entertain the audience. But Sumo is unique and I'm confident that it won't disappoint them." She didn't have to do any homework for this role. "If a heroine says that she had to research to play her role, she is definitely lying. (laughs) We have a long way to go when it comes to writing women. The only difficulty I had with the role was controlling my laughter while shooting with Shiva."

Though the rest of the crew took short breaks during the shoot, Rajiv Menon was pretty much glued to the monitor, and I was able to catch up with him only after the pack up call was made. And I asked him the most obvious question first: What attracted him to this project? "I was always fascinated about shooting Sumo wrestling. I've photographed sumo wrestlers and even shot an ad for a cycle brand, long back. When the makers said they are going to make a film based on sumo wrestling, just the opportunity to go to Japan and shoot sumo wrestling over there was enough to seduce me. (laughs) I'm available to work on feature films. Directors and producers just assume that I don't take up offers," he said. Asked to elaborate on the visual plan for the film, he said, "Sumo has a visual tone similar to The Karate kid.  It's well-lit, and we have used special lighting in certain portions to elevate the mood of the film." He also revealed his upcoming lineup of projects. "I have been writing a lot these days and have the script for a thriller, a fun film, and a web series. You can expect an official announcement about the web series in two months."

The shoot marked the last day of the sumo wrestler Yoshinori Tashiro's schedule in India, and incidentally, Saturday was his birthday. The entire unit sang the birthday song for him and gave him a warm send-off. And as I walked out of the sets Yoshinori's car passed me, and he took a moment to stop the car and say thanks to me, a sign of the sweet countenance, the crew kept talking about.