The last year has been nothing short of a roller coaster ride for choreographer-turned-director A Harsha, who spent most of 2018 shooting for Seetharama Kalyana. The film, starring Nikhil Kumar and Rachita Ram, with an ensemble cast that includes Madhoo, Sharathkumar, Aditya Menon, Ravi Shankar, Chikkanna, Bhagyashree and Sanjay Kapoor, will hit the screens this Friday (January 25).

Currently in Mumbai to complete last-minute work, the director says that Seetharama Kalyana, his eighth film, was like choreographing a new song. “Direction is not new to me. However, working with each production house (Seetharama Kalyana is made under Channambika Productions) is different since they have different styles and patterns,” he explains.

As a director, did he feel the heat having to direct the Chief Minister’s (HD Kumaraswamy) son? “Not at all. Nikhil was a professional who never carried any political baggage onto the sets. He came as an artiste. His transformation from his debut film to now is extraordinary. Once you come out watching Seetharama Kalyana, you will notice the difference in terms of performance, dance, action, maturity, and looks,” the filmmaker tells us.

Harsha himself often interacted with the CM, who is also the producer of the film. “My interaction started the day we kickstarted the project. Sir (HDK) has good knowledge about cinema. He was very particular that we be completely prepared before starting the shoot. In spite of his busy schedule, he used to visit the sets at times. And every time we had new artistes joining the film, he would be there,” says the director. 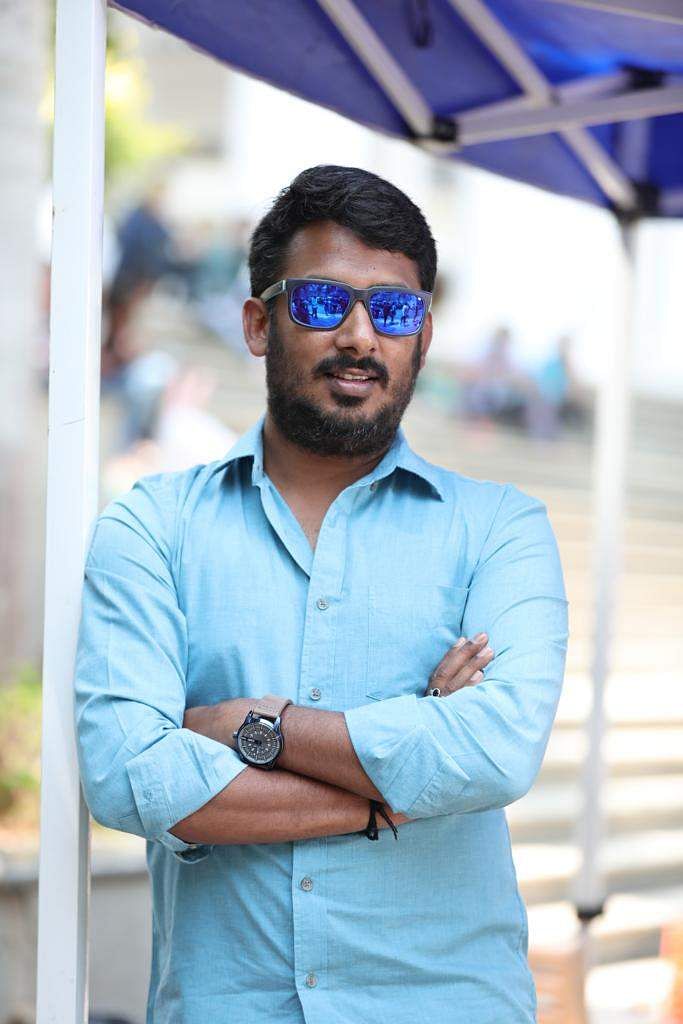 Glimpses from the trailer reveal that the film is a family drama with love and sentiments. It also talks about the woes of farmers. So, what’s the director aiming at? “The hero is a perfect son to the father, perfect boyfriend to his girl, and perfect man to the people. Right now, that’s all I’m going to say. But in no way is the film politically connected. The very title Seetharama Kalyana says that the film is a family entertainer.”

Harsha is clear about remaining a commercial director and concentrating mainly on three aspects in his films — comedy, action, and emotions. “As filmmakers, we cannot satisfy every member of the audience. Everyone cannot like our style and work. Even superhit films will have loopholes. It’s not possible to keep track of the pulse of every member of the audience,” he says.

Having found Nikhil very professional, Harsha now hopes to associate with him for future projects. “We were always on the same page. It was a fun atmosphere on the sets,” he says, adding, “Rachita Ram is one of the highlights of Seetharama Kalyana. With her girl-next-door character, she is sure to win many hearts.”