Hariprriya: Doing a duet with Rishab Shetty in Jayatheertha's Bell Bottom was a lot of fun

Hariprriya's film Bell Bottom is slated for release this week and amidst her tight schedule -- she is shooting for the Rajavardhan-starrer Bichchugathii and Srujan Lokesh’s Ellide Illeethanka -- she talks to CE about her character Kusuma in the Jayatheertha directorial, the challenges of playing a 'retro woman', and starring opposite director and friend, Rishab Shetty.

“I’ve known Rishab from the time we shot for Ricky. He has always came across as a smart director. I used to watch him perform a few acts on film sets and had mentioned to him that he’s a good actor. However, I never thought that we would act together one day. Doing a duet with him was a lot of fun,” says Hariprriya, whose costumes in the film were designed by Rishabh’s wife, Pragathi.

Bell Bottom brings together Hariprriya and Jayatheertha for the second time after Bullet Bashya. “Since the director comes from a theatre background, he doesn’t use heroines as just glam dolls. Going by his previous films, I knew he gives prominence to female leads. Bell Bottom’s story is written by TK Dayanand, and he too has developed Kusuma’s character with the screenplay,” says Hariprriya, adding that she prefers to keep her personal and professional life separate. “Whether or not we work on a film together, I am friendly with most of the industry folks. However, I never take up film or role based on my friendships. That’s why I first hear the script before saying 'yes', and I did the same with this film too.”

Pointing out that her role in Bell Bottom is very interesting, she says, “Both professionally and personally, how Kusuma connects to the character Detective Diwakar becomes an important part of the script.”

Bell Bottom with bell sleeves
To bring back the retro look in Bell Bottom, Hariprriya sports bell sleeves. “In line with the title, I was keen to wear bell bottoms. But the director thought it would suit the male cast better. That is why I decided to wear another signature style of the retro period — bell sleeves — which added value to the 80s script.” 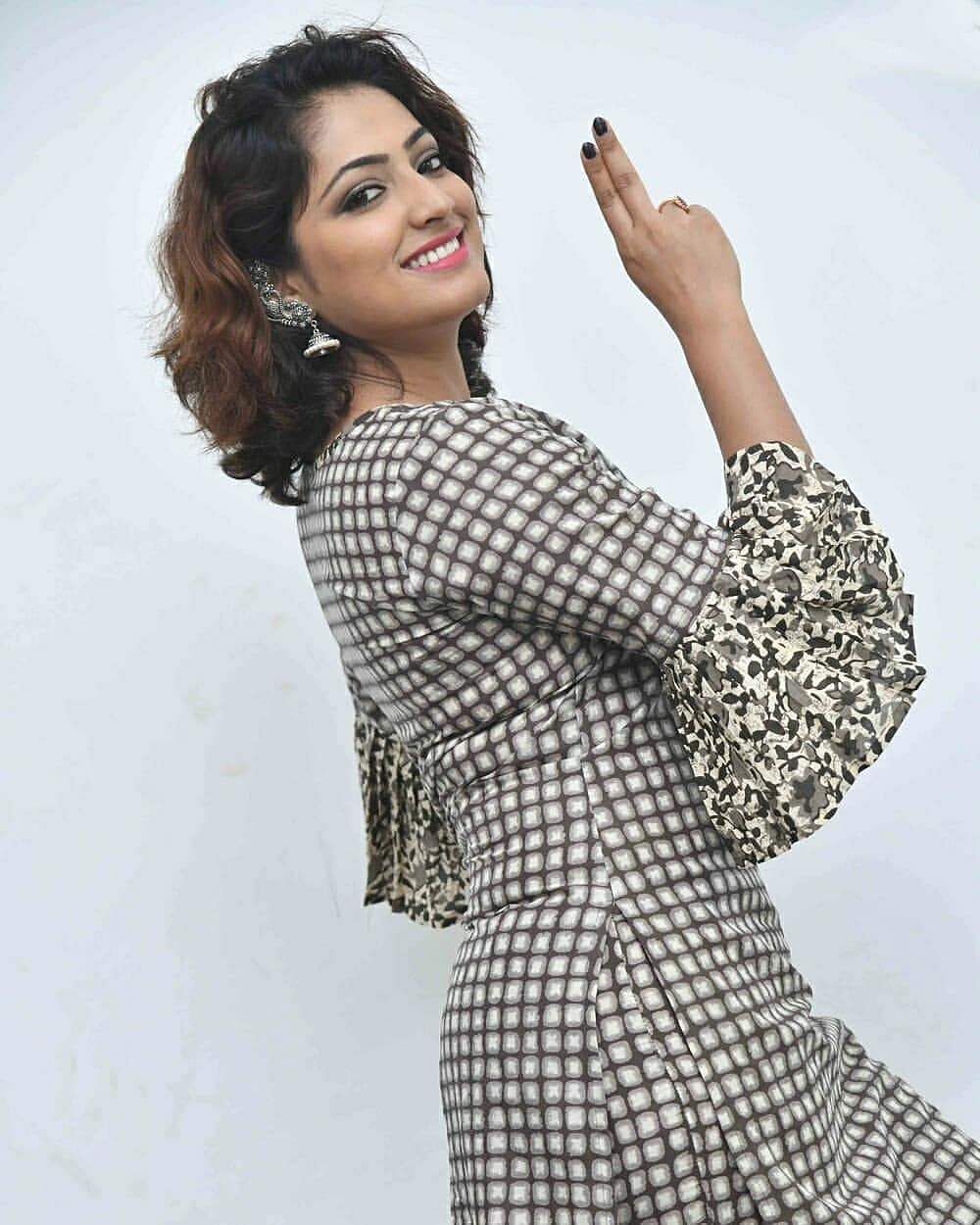 “I have established myself with each film of mine. I feel being self-centred with the right intentions helps fetch good roles. This way I have gotten a chance to play a variety of characters, and will continue to do so,” signs off the actor, who has made her mark in the industry without a godfather.

Hariprriya plans on completing two projects by the end of March, after which she will start listening to new scripts.