Peranbu has made me a better person: Sadhana

Actor Sadhana, who plays the differently abled daughter of Mammootty in Peranbu, talks about what the film means to her

Sadhana is what we can call the accidental actor. Spotted by Ram, the young actor played an important role in his second film Thanga Meenkal, that rechristened her as Chellamma to the Tamil audiences. Little did she expect that she would get a National award for her performance. After all, nobody had expected her to act in the first place. "My family has always been ardent supporters of art but they never expected that someone from the family would act in films. My mother just asked me to give it a shot and see if I am able to do it." The reception, Ram's confidence and of course, all were a surreal surprise. "On one hand, we were all so elated, and on the other hand I wasn't even sure if I deserved it," she says unassumingly. The talented actor is now back with Ram's upcoming film Peranbu, where she shares the screen with Mammootty and also takes on the challenge of playing an adolescent girl affected by cerebral palsy.

Excerpts from a conversation:

Director Ram seems to be more of a mentor to you that a director. Is that why you chose to act again in his film after Thanga Meenkal.

Ram uncle is like a second father to me. "avaru enna sonalum naa kepen". My parents used to jokingly ask me, "Mani Ratnam kupta poviya ile Ram uncle kupta poviya" and I used to say Ram uncle. His concern for me is beyond films; he even cares about what subject I was going to choose in eleventh grade and so on.

While he gives inputs, he has also given me the freedom to do what I want to do. I think that's why Paapa's character has come out so well. I have learnt so much from him -- he is the only person who has inspired me to do so many things. "We needed seven takes to get that scene where Chellama's mother hits her. We decided to do it naturally as we wanted to get the emotion right. While I was scared first, the decision to get down and crawl back in fear was my impromptu reactions. And he said okay for that. I think it could have happened only because he gave me that kind of freedom.

He stills calls you Chellama, is it?

Always. Even my dad has started to call me Chellamma and I used to tell him that's not even my name. In Ram uncle's films, I don't feel like I am acting. I go to the sets, be myself and come back. Sadhana hasn't transformed into Chellamma and Paapa, those characters have now become a part of me.

Tells us about how you prepared yourself to play Paapa

I had to prepare both physically and mentally to play Paapa. I had to understand the biological intricacies of such children -- my mouth had to be one side, my tongue had to be out. There were scenes I had to drool visibly, as they can't swallow easily. I could only do this by observing and learning from doctors and therapists. I visited several schools and I always had supportive people by my side. It wouldn't have been possible without them. Especially Maria aunty, who is a therapist and her daughter, who suffers from cerebral palsy herself. I had seven different walks and seven types of saying dialogues.

Mentally, I decided to not see the monitor while shooting at all as I wouldn't look like myself on screen. It might or might not disturb my psyche and thus, I didn't even want to take that chance. I only saw myself when I saw the film. There was a lot of pain as I had to keep my hands and legs differently. I kept getting physiotherapy. The film is incredibly emotional and the story has disturbed me a lot. We shot the films in real homes and real schools. On one side, you see what a blessed life you are leading. But you can't stop wondering about the hurdles they face. Paapa has made Sadhana a better person. I can never forget this journey. 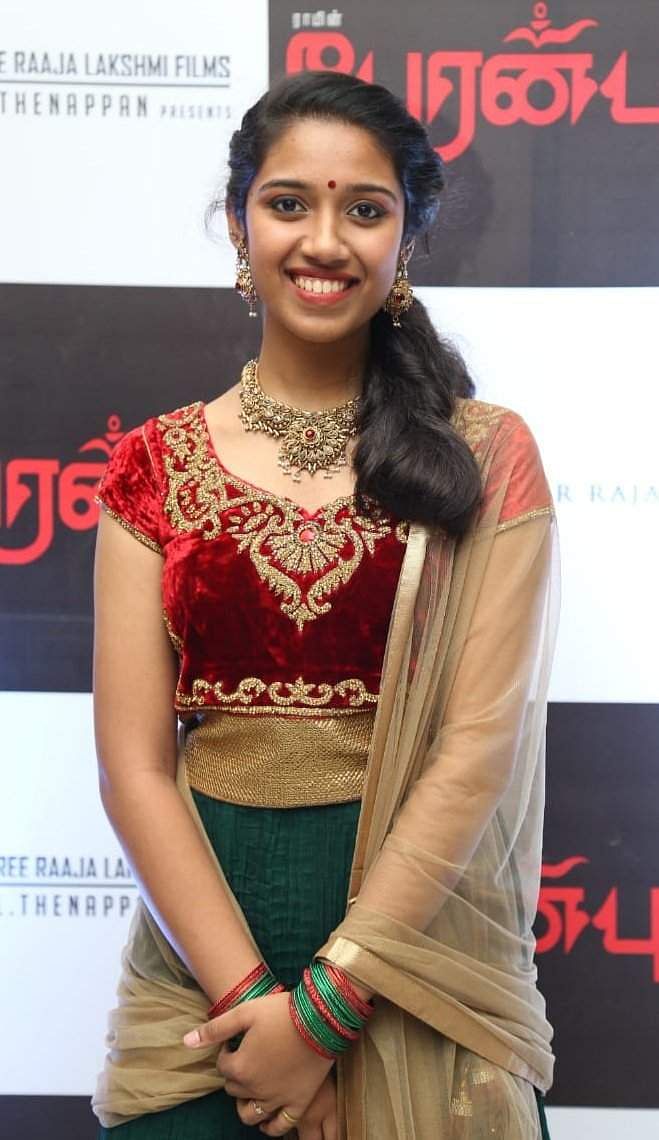 What was the kind of lessons you learnt on witnessing such stories?

There were so many. I have never seen them sad. They are just like us, except that they have a set of limitations to how they lead their lives. But the way they utilise their talents is so inspiring. Priya, for example, cooks her own food. She makes cute little invitations and makes money out of it. The drive they have to be successful and independent is motivating. Also, they love wholeheartedly. I considering witnessing all this as a great blessing.

I heard that the experience has moved you to engage in some social work and received an award for the same. That's something you don't see usually.

I really felt that I have to do something for these children. Our school already has a department where children with dyslexia, ADHD and down syndrome. I used to stay back after school and help them study normal subjects. I conducted several surveys and seminars in my school that helped in spreading some awareness; small things that they can do to improve their motor activities. A lot of people seek such opportunities but it had come to me and it was about how I used it.

What I have done is nothing, I wish and hope I can do much more in the future.

One of Peranbu's defining aspects is that it treats differently-abled children just like normal children, with empathy. Your thoughts?

That was one of the major aspects that drew me to the film It was such a unique perspective and also an important one for our society. I am not sure how Ram uncle thought of it (smiles). He always says that while nature has created us differently, it treats us the same. This thought completely changed how I looked at life.

And, you have gotten the experience of sharing the screen with Mammootty, one of India's leading actors, in your second film.

Mammootty sir is such a nuanced actor. There are several things I have learnt from him as an actor. For example, he enacts the full scene just for the cameras to fix their focus points, so that every movement he does gets captured. If you look at him act from the outside, you will feel as if he has just come and left. But when you look at the shot, you realize the nuances he has delivered. Such precision comes with prodigal talent and experience.  After the film ended, he had come to Dubai once and he had introduced me as his daughter to his friends then. The bond that we have created due to this film is something I will cherish all my life.