The actor, who will next be seen in Comali, talks about her career in Tamil and choice of films

It was in 2008, a year after her debut in the Telugu film, Lakshmi Kalayanam, that Kajal Aggarwal made her way into Tamil cinema. Since then, she has not only balanced Telugu and Tamil films, but made a brief foray or two into Bollywood too. Every year since then, she has been a part of at least 4-5 films across industries. It seems she is at a crossroads now. "I feel like the whole chirpy girl image doesn't work for me anymore because I am not that person now. I was younger then, but I can't fake it now. Things have changed," she says. "I have always been vocal about my likes and dislikes, but now, I am more at ease in determining my script choices. I have more freedom of choice now. Apart from content, which is of primary importance, I now look at other aspects like the character I'm doing, how I fit into the entire script, etc..."

So, what drew her to Comali, in which she has very limited screentime? "The content. I know it is a cliched answer, but it is true. Comali is a different sort of film. It is a satirical take on evolution, and the boon and curse of technology," she explains. "It does not focus on nostalgia per se, but it is a relevant take on how, as humans, our priorities have changed. Social media has taken over our lives. Why do we feel the urge to wake up in the morning, and go to Instagram to check what someone wore last night? It also touches upon relevant issues from the recent past, including the Chennai floods, and water crisis."

Last year, Kajal was part of the National Award-winning film, Awe, which was critically acclaimed. She was not the lead, however. Even in Comali, she is said to have limited screentime. On the other hand, she is headlining a film like Paris Paris, the Tamil remake of Queen. Looking at her films of the recent past, one can't help but notice a marked shift when compared to the roles she was doing, say, a couple of years ago. 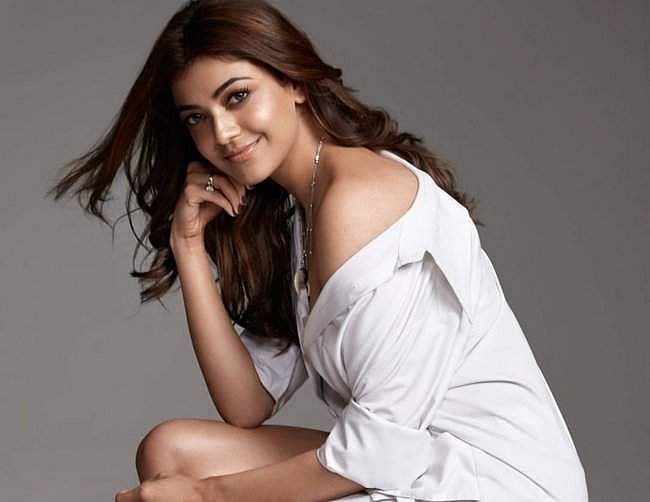 "I have made a lot of mistakes, but looking back, I genuinely think they were learning steps. If I hadn't done that, I wouldn't have known my strengths. Now, I am looking for scripts that challenge my limits.  About screentime, I have done characters looking at the project in totality, like in Comali. I have done films where I am not the stereotypical commercial heroine," says Kajal, and is quick to add that this doesn't mean they aren't enjoyable ventures. "I like the jhatkas, dressing up nicely etc... I like to balance meaty content with films that I do just for cinematic joy."

Kajal's career can be said to be on an upswing, considering her upcoming projects include Kamal Haasan's Indian 2, and the much-anticipated English-Telugu film, produced by Vishnu Manchu. While she remains tight-lipped about the project, which requires her to learn kalari payattu and horse riding, Kajal assures it will be very different from what she has done so far in her career. It is satisfying that she thinks of each of her upcoming films of hers as different, including her upcoming English-Telugu project. "More than a Hollywood film, I would call it a global film that is very Indian. We are projecting this story in world cinema and are planning to release it in Mandarin and Cantonese too. They want to release it in time for the Berlin Film Festival," says Kajal, who credits working with global technicians in this film, and also in Indian 2, for helping her look at acting in a different perspective.

"There is a lot of learning and adapting to different styles. I feel as Indian actors, we are in our comfort zones, but in these two films, the team is international, and they are the best at what they do. They have proven it with their work, and don't believe in compromising," says Kajal, who believes that as a spontaneous artiste, the first few takes are always her best. "In the English-Telugu project, I am the only common actor in both films, and I have to do multiple takes. It does take a toll, but I'm all about pushing boundaries now, and I'm loving it. I feel I'm starting my life all over again and unlearning everything."

This unlearning of Kajal, it seems, is happening at an important juncture of Indian cinema when boundaries between the film industries are gradually blurring. One of the first films to do this was her very own Magadheera. Is Indian cinema slowly moving towards pan-Indian content? "I agree. I feel regional cinema is not regional anymore. With the influx of digital portals, everyone is watching everything. We are not defined by boundaries. Our audience is at a stage where it wants things done differently. Our nation is curious," says Kajal, who remains non-committal about rumours regarding her entry into the digital space with a web-series directed by Venkat Prabhu.

Fifteen years in the film industry, and nearing 50 films, Kajal hasn't always found the going easy, and yet, Jayam Ravi, her co-star in Comali, said recently that she is a bundle of positivity. How does she manage to keep herself so? "Detachment. I am very attached to the process of filming, but only till the film is made. I am concerned about the results of the film, but don't get invested in it. This detachment has worked for me. It helps me be normal."