Enable Javscript for better performance
Regina Cassandra: I will stay different and still stay in the industry- Cinema express
ADVERTISEMENT

Regina Cassandra: I will stay different and still stay in the industry

As her next Telugu film, Evaru’s release approaches, Regina Cassandra ends her media hiatus. A year since her last direct Telugu release, she has a new attitude towards life and work

Zen – that’s what describes Regina Cassandra’s demeanour lately as she juggles promotions for her next Telugu release Evaru. The film, in which she co-stars with Sesh Adivi, is her first direct Telugu film since last year's Awe. And Evaru she says is “nothing like she’s ever done before”. We chat her up in her snug hotel room as she curls up in the sheets taking a moment to breathe between her busy schedule.

Here’s what she’s got to say about her little self-discovery, the hardwork behind Evaru, and her future plan of action.

Where have you been!? It feels like it’s been forever since Regina Cassandra has been out in public

That's how I wanted to be, off the grid. I’m not someone who can stay in that zone for a long time. I take time off and come back. (Pauses) I kind of redid myself. I put a comma to everything and tried to figure out everything happening around me. I started to think a lot about a lot of things. 'Is what I want to do to fit for this industry?' People around me always said you aren’t like everyone else in the industry. 'You’re not ambitious enough, not pushy enough, not aggressive enough'. It got to me and I thought maybe they were right. Maybe there is something more that I need. People were right, I am different. And then after contemplation, I decided that I will stay different, and still remain in the industry. Now I’m like I don’t care anymore. In fact, despite my absence, the media has been writing about me even when I am off the grid! Apparently, I was “engaged in a hush-hush ceremony”. (Laughs)

The trailer of Evaru looks pretty intense and so does your part. Did it take a toll on you to perform such a challenging role?

As an actor, I do not let the role I play interfere with my own personal space or time. No matter who or what I play, the moment the director calls cut, I am Regina again. Sameera is a role I have never played before but as a person, I do not dwell on the role I play. When I was introduced to Sameera, I felt she was meticulous, prim, and proper, and I felt someone like her would have short hair. Although my director (Ramji) didn’t think it was necessary, I insisted on chopping off my hair and it did work well ultimately. But once I stopped playing Sameera I was just the same person being cute in short hair. 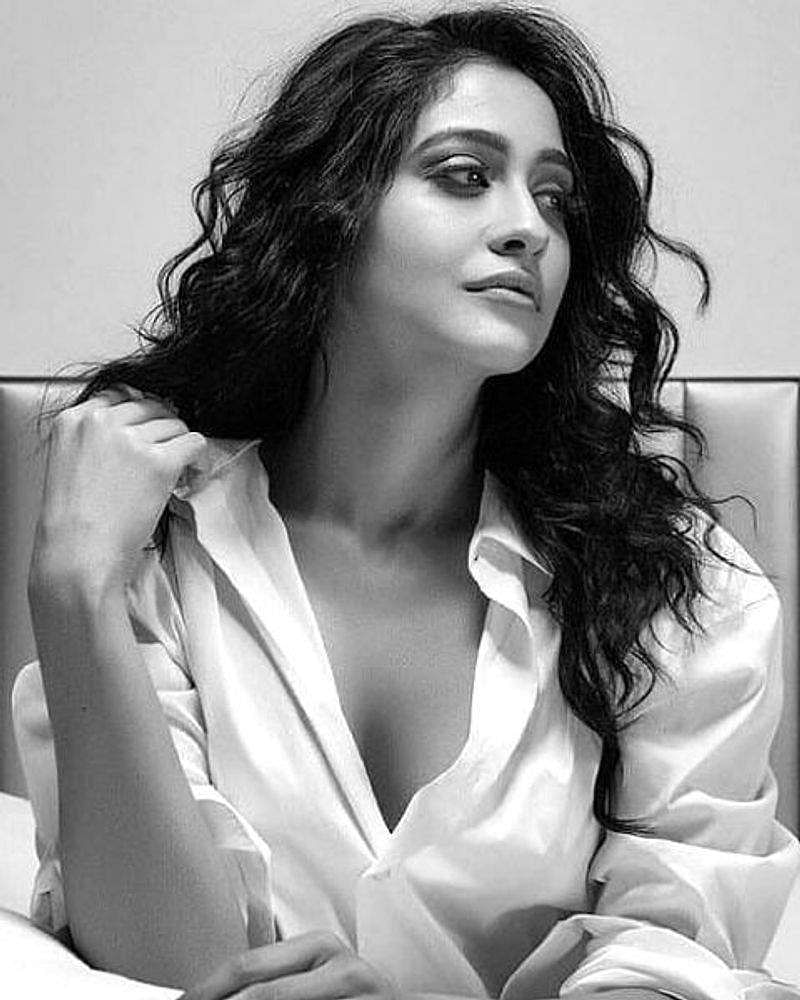 Was there homework or preparation that went into making the character of Sameera?

This is the kind of film where we all needed to be on the same page. We had script readings and we rehearsed everything right from the lines to the movements. I had rehearsals with Sesh because we converse a lot in the film and we had to warm up to the nuances of each scene and each conversation. I also rehearsed with Naveen Chandra. The rape scene was a long scene and it was really intense – not because it was that scene but it was shot like that. We worked on where we would stand, where the camera would go and how we would move before we shot the rape scene. This movie probably was mostly physically taxing on me rather than mentally or emotionally because I had a scene with Murali Sharma garu where we shot in rain for eight days. I didn’t fall sick only because my team – my costumers, hair and make up team and assistant – took very good care of me after every shot, covering me in blankets and keeping me warm. The character, the team and the movie have stuck with me.

What do you have lined up after this?

There are three Tamil films that I am working on. One is called Party directed by Venkat Prabhu, another called Kasada Thabara directed by Chimbu Devan, and another called Kallapart alongside Aravind Swami. There’s another announcement in Tamil soon, which I think will raise a few eyebrows.

So no Telugu films anytime soon? What’s the strategy?

There’s no real strategy as such. I don’t think it works like that either. I have been getting quite a few films but I am yet to decide on any. My major attention when I hear a narration is firstly if it is a substantial role, and secondly the director’s vision – what they narrate, how they narrate, what I feel while they’re narrating. I might really love a story or narration but my team artist management team might advice me that it doesn’t place me well if I agree to it. I believe if you’re not good at something, get a team who is to do it for you. So my team has drawn out a plan for me and I think right now it’s best for me to just stick to it.