Sivakarthikeyan is a father figure to me: Arunraja Kamaraj

The lyricist-singer who made his directorial debut with the sports drama Kanaa, talks about the film, breaking stereotypes, and his friendship with Sivakarthikeyan

Multi-talented and multi-faceted are words thrown around a lot in Kollywood, but they are quite apt descriptors for lyricist-singer-actor Arunraja Kamaraj, who recently made his directorial debut with Kanaa. Starting his career as a contestant in a comedy reality show, Arunraja looks to have made the most of opportunities that have come his way, having already written and sung hit songs. Even while juggling these roles, he was always clear that his ultimate goal was to become a director. And now, with the release of Kanaa, produced by his friend Sivakarthikeyan, Arunraja’s ten-year-long dream has been realised.

Asked if Kanaa was his first choice for his directorial debut, the filmmaker says, “I had a lot of ideas with me for my first film. But while the rest of my stories had slight resemblances to other films, I felt Kanaa was very unique.” The film’s protagonist is a dusky-complexioned bowler hailing from an economically backward farmer’s family, and Arunraja points out, “No film has been made on women’s cricket and no cricket film has featured a bowler as its protagonist. I wanted to break every single stereotype, and I’m glad I was able to do that. When I pitched the idea to Siva, he was equally excited.”

He also adds that much of Kanaa is based on his own experiences. “Major portions of the film were written based on my personal experiences while I was into cricket. In fact, everyone I discussed the script with felt that the certain scenes in the film have a striking resemblance to their real lives. Even cricketer Smriti Mandhana felt the same.”


Arunraja and his team initially tried to cast a real-life cricketer for the role, but eventually the role went to Aishwarya Rajesh. The actor had to undergo cricket coaching for the film, and assessing her abilities, the director says, “I can surely say she’s a perfect bowler now. She’s equally good at fielding. But she needs training when it comes to batting.”

True to the template of a sports film, Kanaa is both optimistic and motivational, particularly its dialogues. Asked if he is an optimistic person in real life, Arunraja says, “I can say that I’m not a pessimistic person. I see opportunities in everything. Even during the days when I had no food on my table, I used to think that it’s just another scene in an imaginary film and it will get over soon. Everyone would have gone through a similar phase in life, where a motivational word from someone gives us that much-needed push. With this film, we just wanted to tell the talented people out there that they have to reach out and grab opportunities to succeed in life.”

A sports drama, Kanaa also has a love track involving debutant Darshan. In a film which already talks about many different issues including those faced by female cricketers and farmers, why did Arunraja choose to add this angle of a man with unrequited love? “We wanted to show the other people living in Kousalya’s (the protagonist) world. Also, I wanted to introduce a ‘socially-responsible lover’, who cares about the ambitions of the girl he loves. If his love adds pressure on this ambitious girl, refraining from proposing to her is the purest form of love.”

Sathyaraj’s performance as Kousalya’s father, Murugesan, has been unanimously lauded. Asked if the actor was his first choice for the role, Arunraja says, “After a point into the script-writing process, I only had Sathyaraj sir’s face in my mind for the character. He is the biggest gift I got for Kanaa. He took complete ownership of the film and carried it on his own shoulders. I learnt so much from him. I entered the sets as a happy-go-lucky filmmaker, but I feel very mature now.” 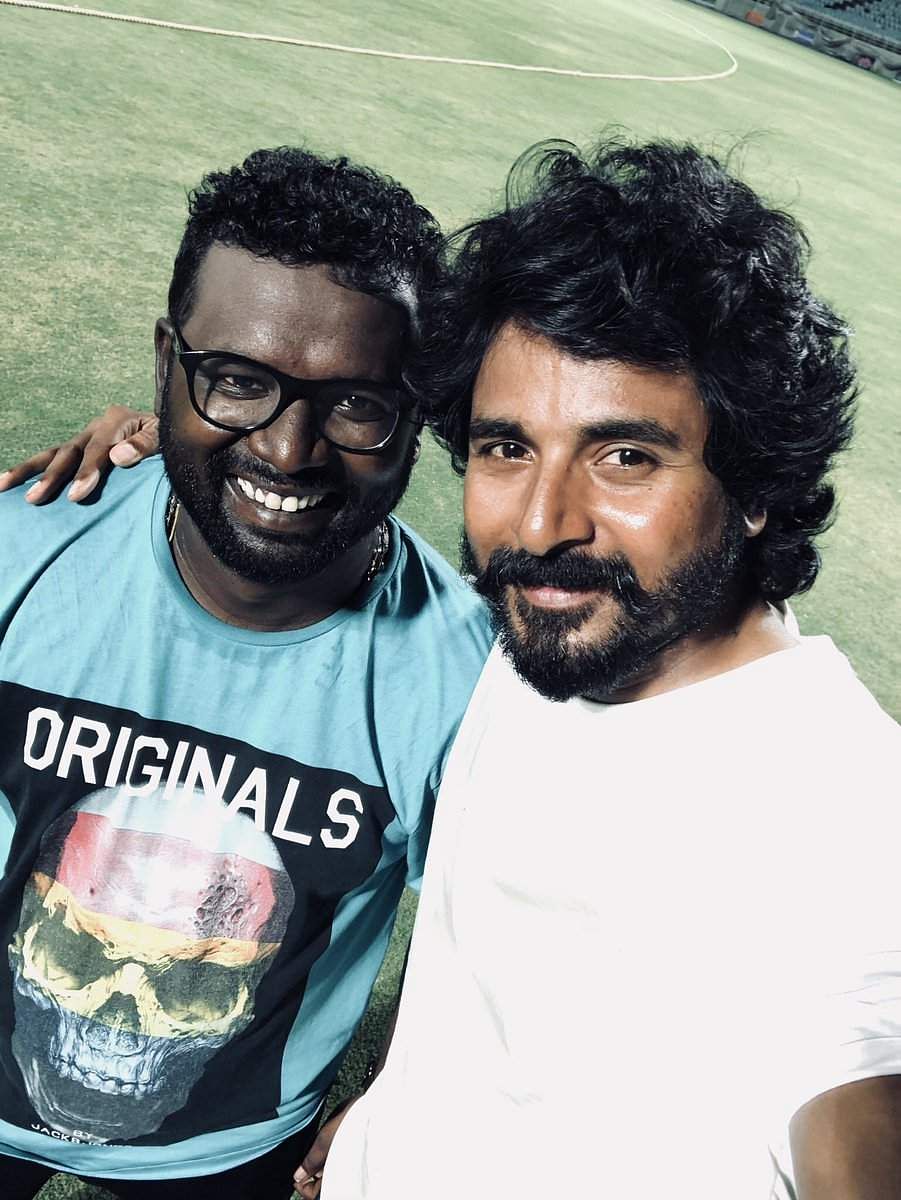 Sivakarthikeyan, in addition to producing the film, also plays an extended cameo. Asked if the actor volunteered to play the part, Arunraja says, “It was actually the opposite. Siva wanted someone else to do the role, and he was also busy shooting for Seemaraja. But I was very particular that I wanted only my axe (referring to the Woodcutter and the Axe fable), and I’m happy that the axe I’ve gotten is also the golden one.”

Arunraja and Sivakarthikeyan are old friends. Has the latter’s rise to stardom taken a toll on their friendship? “Not at all. In fact, I call him ‘pa’ as I see him as a sort of father figure. He is the one person I’m afraid of, next to my father. I’ve had this feeling since our college days. Not everyone gets a guide in life to show them the path and lift them when needed. In him, I’m extremely lucky to have found one.”