...says director S Krishna, who is planning to release the film in seven langauges

S Krishna, the director of Pailwaan, who is almost through with ninety per cent of the shoot is happy with the way his sports film is shaping up. Pailwaan's latest stills, shared by the director, give us a sneak peek of Sudeep in his kushti avatar. In a quick conversation, Krishna reveals to us how Pailwaan is creating a buzz in other languages too and filmmakers from other regions are coming forward to associate themselves with the film.

Pailwaan brings to the forefront the age-old sport of wrestling and to get the character right, Sudeep trained in both wrestling and boxing. The makers are in talks to release the film in seven languages-- Tamil, Telugu, Malayalam, Hindi, Bhojpuri, and Marathi.

"The prime reason for the film's pre-release buzz is Sudeep, who is well received at the national level. Secondly, it's a sports-based film with universal emotions that everybody can connect with. Kushti is popular in South India and also in the border regions of Maharashtra where the sport is played regularly. That's why we are planning to release the film in Marathi and Bhojpuri too," says Krishna, who has been getting queries from various distributors. "The intention of looking to release Pailwaan in seven languages is to take a Kannada film across borders," adds the director, whose film is touted to be mounted on a huge budget.

In Sudeep's 23-year-career, the actor has had a lot of challenging roles, but none demanded a physical transformation like Pailwaan, says Krishna, adding, "He worked for eight months--hitting the gym regularly and has been maintaining the fitness through the shoot."

Made under RRR Motions Pictures and produced by Swapna Krishna, the film has music by Arjun Janya and cinematography by Karunakar. Pailwaan has an ensemble cast, that includes Akanksha Singh as the female lead, and Suniel Shetty in a prominent role. 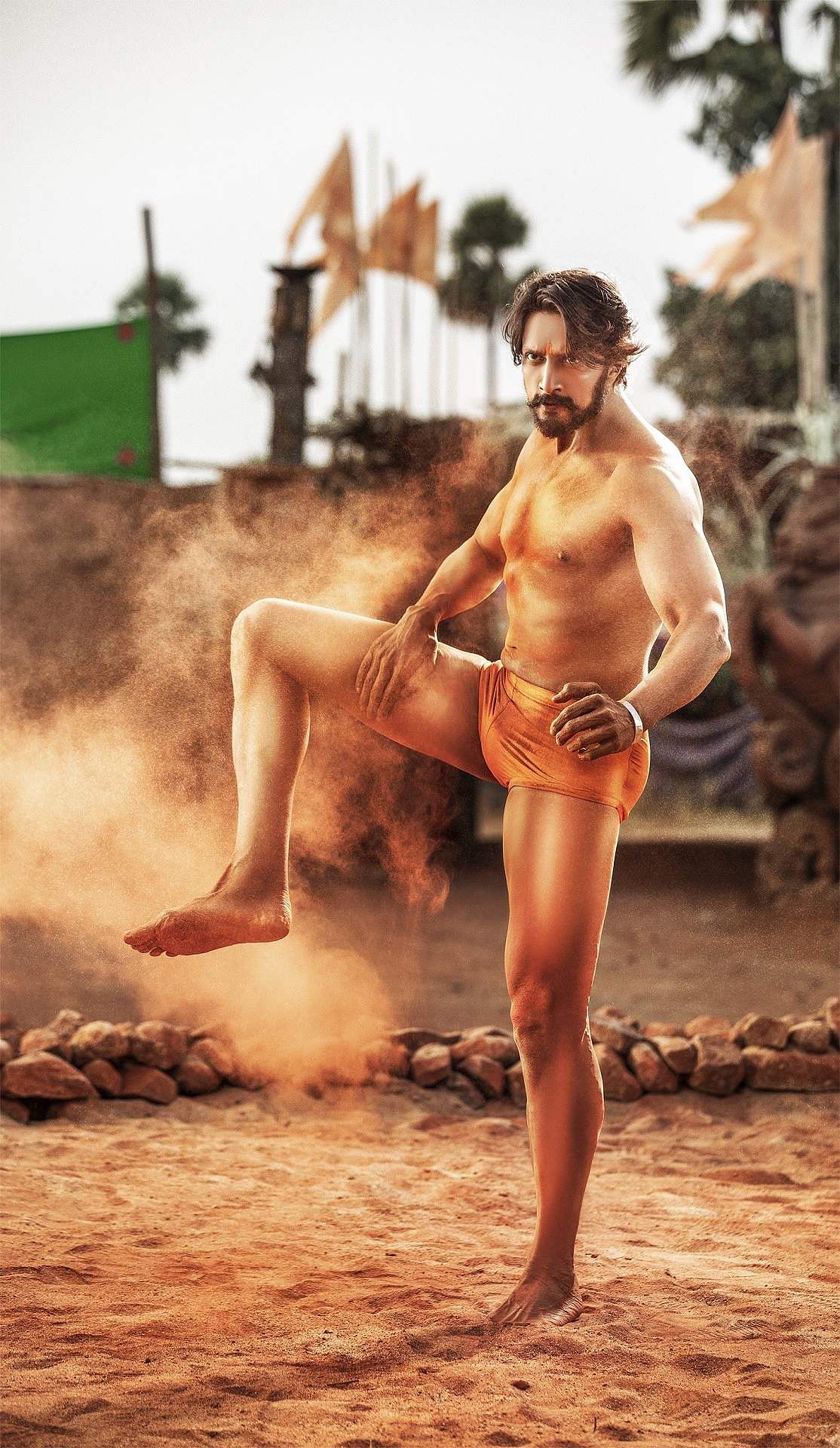