Enable Javscript for better performance
Resul Pookutty: Sound is a key factor in getting people to the theatre- Cinema express
ADVERTISEMENT

Resul Pookutty: Sound is a key factor in getting people to the theatre

The sound designer for 2.0, which was released in two different audio formats, ATMOS and SRL4D, tells us why

H as anyone ever cited sound design as a motivating factor to go watch a film? It is safe to assume that the majority may not even have been too familar with the department, till Resul Pookutty won the Academy Award for Best Sound Mixing for Slumdog Millionaire in 2009.

“I’d say there’s a pre-Oscar and post-Oscar phase, when it comes to understanding the importance of sound in our films. People realised that like good costumes, good sets, good-looking people, and good
camera work, good sound is also a critical aspect of production,”says Resul Pookutty, who has handled the sound design for Rajinikanth’s 2.0. Excerpts from the conversation:

What exactly does a sound designer do? Where does the work begin and end?

It starts when the script finishes, and ends when the last print goes to the theatres. In that sense, we are the longest associates in the film. Like a cinematographer gives a visual language to the film, the sound designer gives it an aural texture. A properly-done sound will keep the audience immersed in the film. That’s my job.

You’ve done a variety of films, from big budget ones like 2.0 to films like Adaminte Makan Abu. How does your work differ between these?

Everyone is working to fulfil the director’s vision. I further that vision with my sense of artistry and my technical knowledge, and take it to a larger scale. I do that with every film. As much as there is a techno-savvy Resul in 2.0, there is a very close-to-life Resul in Adaminte.

How do you decide which films to accept?

The script, the people involved, their sense of artistry, their sense of truth, are the factors that drive me. Some people I instantly like. Sometimes I see an enormous passion in filmmakers. If you see my filmography, a lot of my films have been with first-time filmmakers. I love their passion, and I feel for them. All of us have been first-timers in our careers. So I feel I have a responsibility to handhold them. 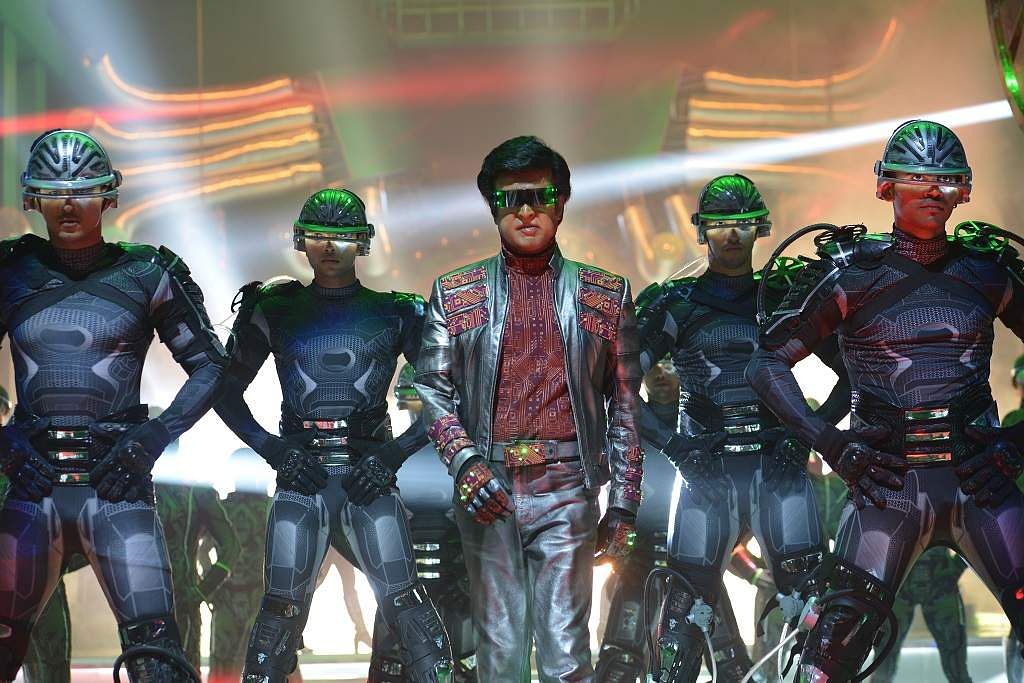 How do you see the audience’s perception of sound and their reception to your work?

You have to understand that today’s audience is exposed to first-quality films from abroad and they expect something similar from us. For Rs.5000, you can buy a home-theatre, so why would the audience come to the theatre. You need to provide an experience they won’t get in their houses, and sound is the most important factor. You can create the most beautiful looking CGI, but if it doesn’t sound right, it will alienate the audience. And people have identified this, filmmakers have identified it, and are now willing to invest in sound.

Hollywood films are eating away into our market without spending a single penny here in their film’s making. If you don’t counter this, our cinema will be completely taken over in the years to come. That’s why films like 2.0 have to be made. Shankar managed to put together Akshay Kumar, a superstar from Bollywood, and Rajinikanth, a super superstar from Tamil cinema and made a pan-Indian film. Because of their star power, Shankar was able to access a large budget to execute his vision. We need more such films.

Still, there are very few theatres that are equipped to screen 2.0 in its intended format in SRL4D. What is the step forward with such technical advancements?

We are one of the biggest filmmaking countries in the world, but we don’t make a single microphone, camera, lens, or even a tripod for the world to use. We are nowhere in the picture to influence people’s lives with technology. Everything is owned by big foreign companies. So it was a huge task to implement this SRL4D format for 2.0. For example, Sathyam theatre with its ATMOS sound system has 45 speakers, but for executing SRL4D we installed 450 speakers. I would have liked to push the release by two weeks because so many enquiries were coming in, from Canada, and even other theatres in India. Maybe by the time we come out with the IMAX version, more theatres will be equipped.

What were the technical challenges in 2.0?

I think 2.0 has one of the most innovative sound designs. At one level, it is a very global subject, but also has a very strong emotional connect. To balance the two was the biggest challenge. For me, technically, designing the huge electronic bird was a very big challenge. It had to look and sound organic for the audience to believe it. The other challenge was to design the sound of a bird taking its last breath. What would be the sound of a dying bird? So for this film, I had to create the sounds for both an electronic bird and a chittukuruvi.