Heaven's gates are open once again

In this column, the writer shares his experience of visiting a movie theatre for the first time since the COVID-19 lockdown

You know how they say that on their last day of life, people don’t really know that it’s in fact their last day. Somewhat similarly – if you will pardon the exaggeration in analogy – on the last February day of the dastardly 2020, as I walked into Mayajaal multiplex to catch Kannum Kannum Kollayadithaal, I had no inkling that it would be the last time I would be in a theatre for at least eight months. It was a divine experience, a semi-weekly visitation that I had taken for granted. If someone had posed the hypothetical question then about whether I could handle theatres being shut for almost a year since, I would have likely fainted in shock. And yet, here we are, eight months since, the world transformed, and theatres hesitantly opening their doors once again.

On November 10, as I took tentative steps into a theatre again (SPI: Palazzo), taking in that once-comforting blast of air-conditioned air, a few questions echoed in my head. Was it safe being indoors in a public place, given that a vaccine for covid is still coming? Was it wise to be entering a movie theatre with a disease still at large? It probably wasn’t wise, but then, aren’t love and wisdom often found to be mutually exclusive qualities? And so, yes, I stepped into the theatre hall, the inside of which almost resembles a crime scene. There’s yellow tape blocking every alternate seat, there are barely any people inside, and there’s a general sense of alarm even among those present. There’s a bit of checking before you are allowed in. Your temperature is gauged, and recommendations given to you about using sanitisers and wearing a mask. It’s like you are entering a highly restricted area; well, you are.

So, was it worth it? You may want to digest my answer as the natural adoration of a theatre junkie, but… A-B-S-O-L-U-T-E-L-Y. It helped that I also got to rewatch a great film like Joker, and it helped that this was an IMAX screening as well. I know many who have been coveted by the convenience of the OTT experience and don’t get the fuss about the theatre experience, and to them, I say that it’s only truly when you are engulfed in pitch blackness and far removed from calling bells, ringing phones, patchy internet, and noisy family members—and I’d even say removed from being able to control when a film plays and stops—that you can get true immersion. More practically speaking, there’s also plenty of legroom now, on account of the staggered seating—and fewer people, which always helps you sink deeper, especially into films like Joker. For instance, watching this film for the first time, I was surrounded by legions of comic book fans who were so eager to cheer on Joaquin Phoenix’s character that they couldn’t process that the film is actually about the depressing capitulation of a marginalised man. The quiet in theatres now makes for a unique, private experience. Also, is there any doubt at all that almost all films look and sound better in a theatre than they do in our living rooms? In the case of Joker, for instance, though it is a personal story, its audio and visual majesty comfortably overwhelms most televisions. Be it the shots of the Gotham cityscape or the texture of the film’s sound or the chaos of that all-important riot scene at the end... a movie hall is most comfortable handling the communication between the filmmaker and you. 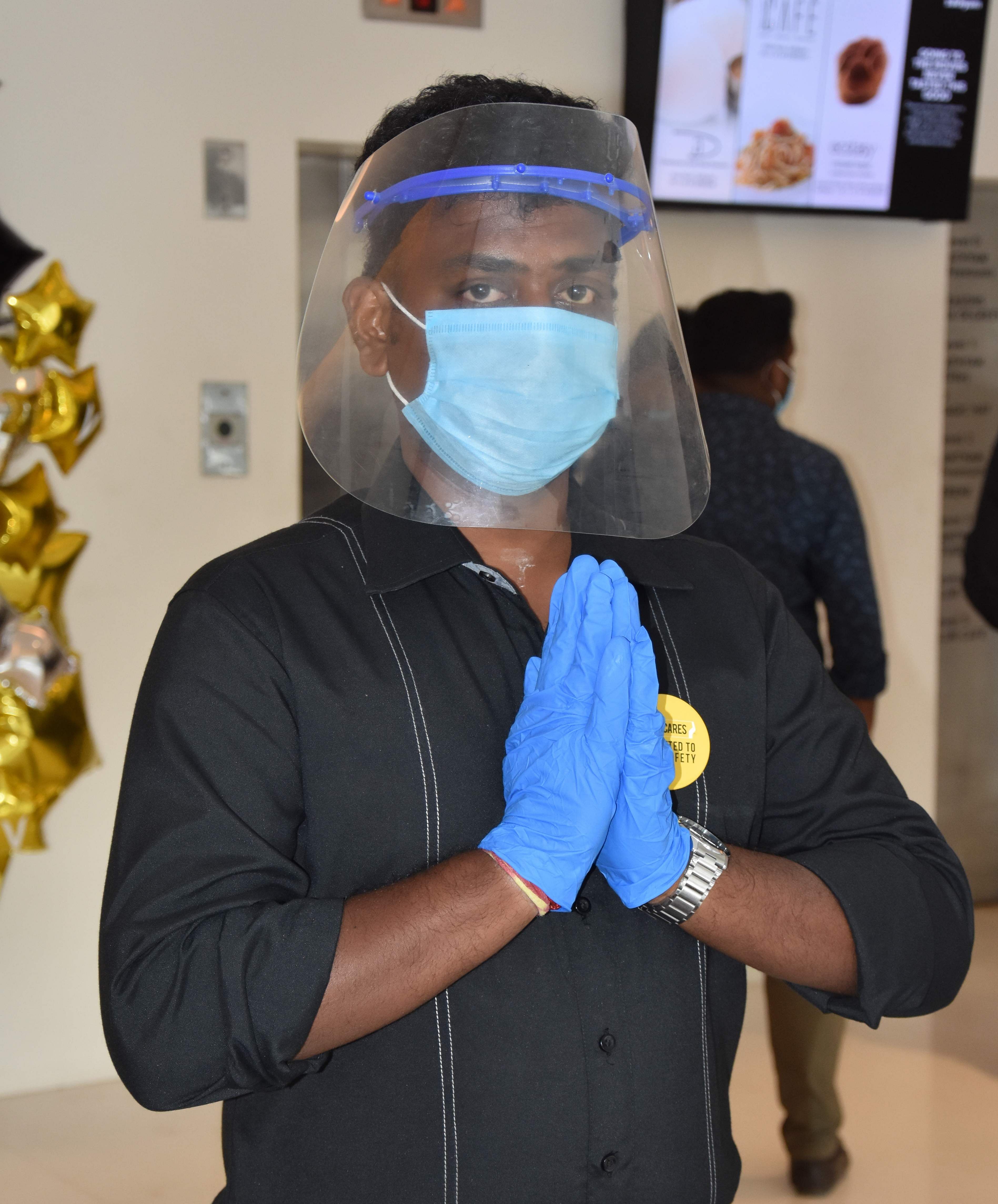 Before the film could begin in IMAX, a staff member walked in, eyes full of gratitude, to thank us for returning on the very first day of theatres being reopened. She didn’t have to, of course, given that those like me were already feeling grateful for the resumption of the theatre experience, for the grandeur of a movie hall directly influences the loftiness of our own thoughts and feelings. As Dostoyevsky once wrote, “Low ceilings and tiny rooms cramp the soul and the mind.” For the vast majority of people out there, that escape from low ceilings and tiny rooms is a movie hall. Is it a risk? You make that choice for yourself. As I said, I’m just too smitten right now to be objective.