Sense of a Scene: Naan Sigappu Manithan-Professor by day, protector at night

"Naan Sigappu Manithan is undoubtedly a milestone in my career. Directing Rajini was a dream for all directors in the 80s. Luckily, I didn't have to put in extra effort to pitch a story to the superstar. He knew my work already and was keen on collaborating with me. We met because of producer Poorna Chandra Rao's efforts and before we knew it, the project was on. Rajini sir had become a superstar by then and had ceased working on double-hero subjects. But, the script I had written for him, demanded an equally strong and witty hero. After hearing the narration, Rajini generously agreed to work on the film without any alterations. I strongly felt that Bhagyaraj would fit the bill for the investigating officer. Bhagyaraj had his own style and we needed someone like him to keep the film light-hearted as Rajini sir's track becomes dark post the abuse episode.

I even broke the usual screenplay pattern of a Rajini film and did away with the hero intro. He is shown to be in love already and the story beings right from the word go. I didn't want to waste the time of my audience in establishing these sequences, while the main crux of my film lies elsewhere.

'It is inhumane to stay silent when a fellow human is being tormented'. This idea became the starting point of Naan Sigappu Manithan. I wanted my protagonist to be a soft-hearted youth who is reluctant to get into a fight. So I made him a professor who advocates for peace. I structured the screenplay in such a way that the problems encountered by the hero increase incrementally destroying his faith in law enforcement. After every encounter with a villain, his rage builds up. This reaches a breaking point when he is forced to witness the brutal rape of his sister and the murder of his mother. This transforms him into a killing machine. 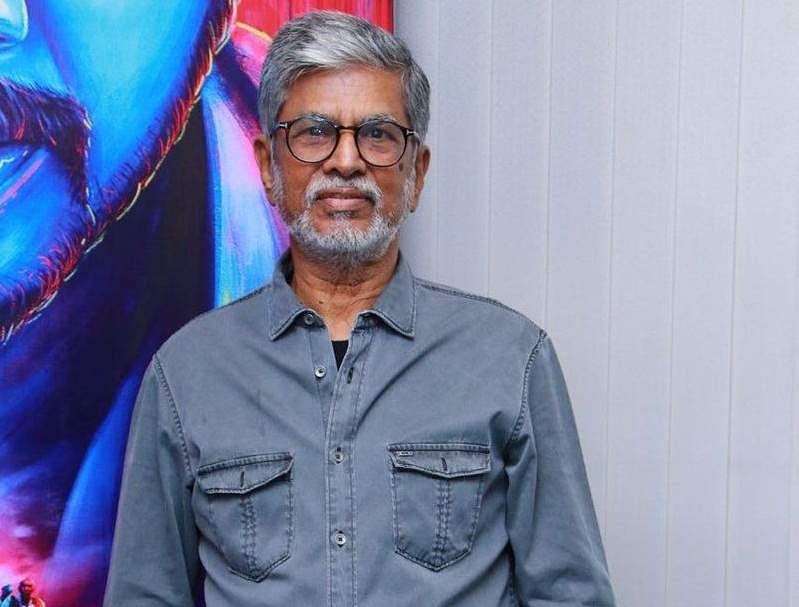 No matter where I go, people keep asking me whether I support revenge and violence as those have been an integral part of all my films. I believe these are an essential and inseparable part of human evolution. While Vijay (Rajinikanth) takes down criminals at night, he continues to teach in a college during the day. During a particular class, he recites the verse, 'yadha yadha hi dharmasya' and explains to his students that whenever there is an imbalance of justice in the world, God will take human form and come down to the earth to restore the balance. I used this scene to foreshadow the sequence where Kovai Sarala refuses to reveal his identity.

I've had people ask me why Rajini didn't opt for a mask, even though he undergoes a makeover when he turns into a vigilante. The character is self-aware. He knows he is marching on the path to death and he registers this in a couple of scenes. He neither wants to save his life nor elude the law, all he seeks is revenge. So hiding his identity isn't a priority. This is the reason why we avoided a mask. We still used the leather costume and this, I have to admit, was purely cinematic exaggeration. The audience of that time needed something to celebrate their heroes, and we felt that this costume gimmick would achieve that.

If you notice keenly, the film has no usual heroic fights. To be more precise, Rajini doesn't fight alone till he loses his family. Even during the vigilante episodes, he remains stoic and ends the fight with gunshot rather than the customary stunt scenes. While we used black clothes in the vigilante episodes to show that his life has become dark, he predominantly wears white during the day reflecting his noble intentions.

When a social message is told via cinema that is blended with entertainment, the reach is multifold. I didn't want my films to just entertain people. I wanted to use cinema for a noble cause, as a carrier of progressive thoughts. This thought pushed me into filmmaking. Sattam Oru Iruttu Arai was a direct reflection of this. I won't say the views I present on screen are always right. But, the conversation that my films create matter a lot to me. Director Sridhar has said that this conversation of the audience marks the complete success of a writer. I am happy that Naan Sigappu Manithan created one during its time."