In her first film as a heroine, Sanga Thalaivan, Ramya Subramanian plays a village girl. One of the first scenes she shot had her milking a cow. Since director Manimaaran wanted it to look real, she decided to learn the ropes. "For a week, I learnt the process with a cow near my home in Mylapore. Later, I spent a few days feeding the cow used in the shoot and getting familiar with her. That way, when we shot the actual scene, it went smoothly and was authentic as well."

Ramya wanted to make sure she could pull off Lakshmi, the village girl, to perfection. So, she decided to read the novel on which Sanga Thalaivan is based. "I was told Thariyudan was a long novel and it wasn't necessary to read it in order to play my character. But I wanted to understand the ethos properly, so I decided to take the time to read the book. The wider understanding I gained from this exercise improved my confidence and helped in my transformation." 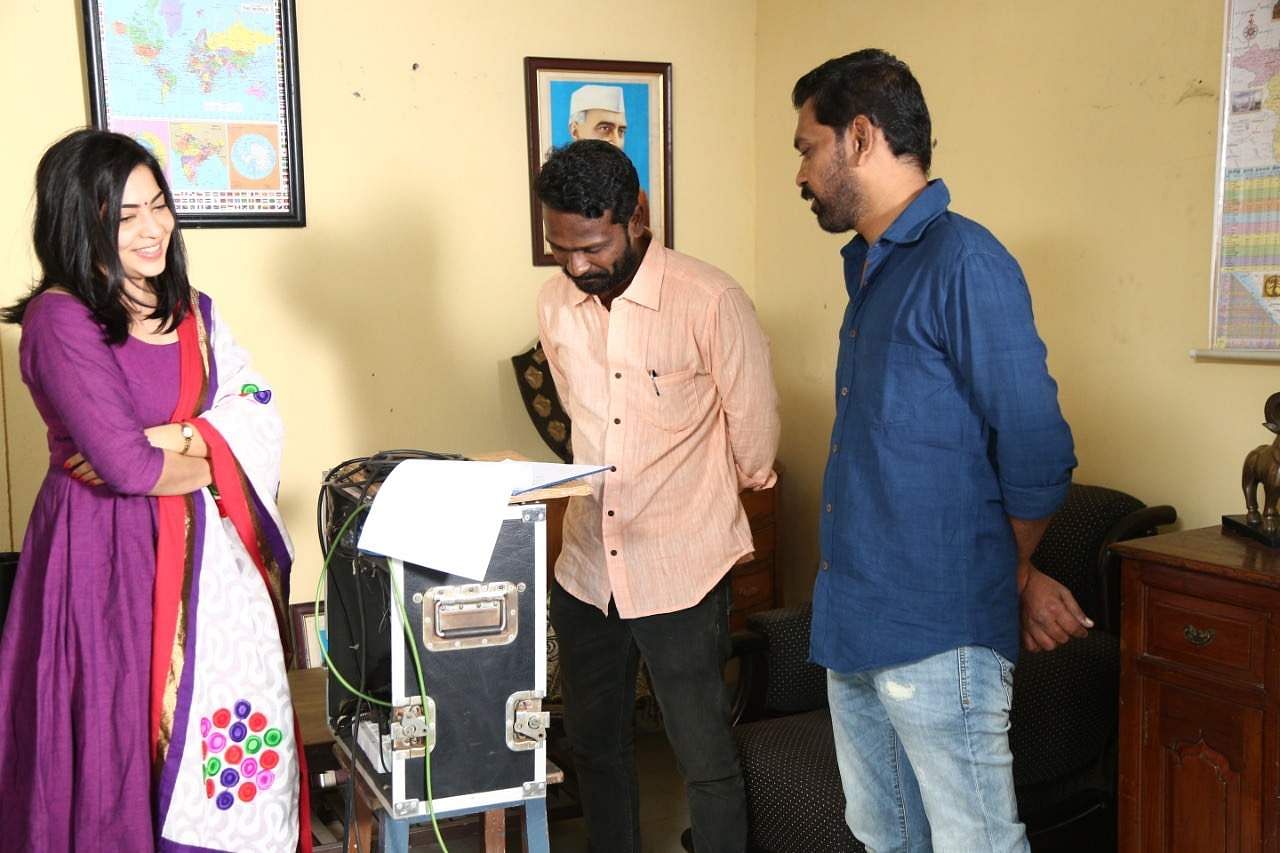 Being a Chennai-bred woman with a confident, loud, enthusiastic voice and body language, thanks to starting out as a TV host, her transformation to Lakshmi was no mean task. "Lakshmi is totally different from me. To pull off this role, I learnt to first think and then behave like her. I mellowed my voice and cut down on talking loudly and chirpily, a result of years as an anchor. I changed the way I walked. Having seen many friends who were pregnant, I practised the same walk and body language for those scenes. Later, when I signed up for Aadai and Master, all this experience came in handy, as I had now learnt how to get out of anchor-mode and into character for a film."

But her years of experience as a TV anchor also helped her when she least expected it. "One day, mid-shoot, director Manimaaran suddenly sent me several pages of dialogues and announced that we would be shooting it as the next scene. The light was fading and he wanted to finish this scene that very day." Ramya worried if she could learn all the lines so fast. But Manimaaran had complete confidence in her. "To my own utter surprise, I actually did complete that entire scene in one take! I quickly read the lines and internalised the gist of what I had to say." Her fluency in Tamil meant that she could deliver the dialogue by adding her own words here and there, circumventing the need to memorise everything. "At that moment, I realised that I was used to scanning several pages of info in a short time while hosting. Inputs would often be changed or added at the last minute. Unknown to me, I'd gained the ability to grasp things quickly and this came in handy."