Home Theatre: History comes alive to shine a light on the present in Mrs America

A fortnightly column that focuses on notable content available on the streaming platforms around you, and this week, it's Mrs America, streaming on Disney+ Hotstar.

They've finally found the best smokescreen for their chauvinism - women, says Gloria Steinem (a perfectly cast Rose Byrne) in episode 2 of the nine-part limited series Mrs America, streaming on Disney+ Hotstar. She is not entirely right, though. For one, the 'finally' isn't necessarily true — even back in the 70s where this show is set. Patriarchy has always been held up with the help of some of the very women it oppresses. And in the context of this show, the men did not find their smokescreen so much as it, or rather she found them.

Created by Dahvi Waller (Mad Men, Desperate Housewives), Mrs America is a fictionalised look at the women's movement in the US in the 70s and the efforts to pass the Equal Rights Amendment (ERA), which guarantees equal rights for all citizens regardless of sex. What seems at first a sure thing faces a sudden obstruction in the form of Phyllis Schlafly (Cate Blanchett) and the battle over the ERA between the Schlafly-led 'league of housewives' and second-wave feminists ends up radicalising the Republican party and widening the rift between conservatives and liberals to such an extent that the effects are still felt today. 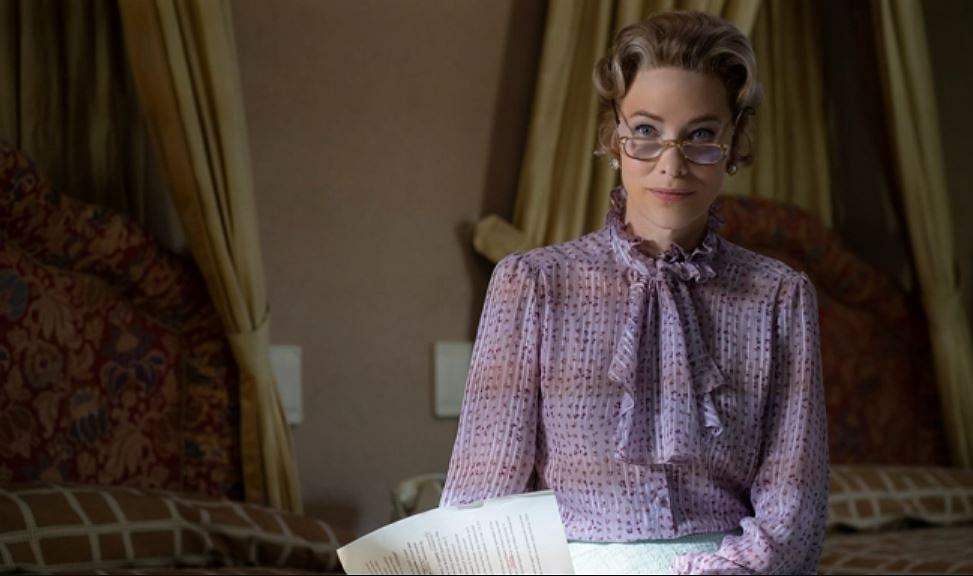 Phyllis, however, does not start out being interested in women's rights at all. Her interest lies in defense and running for Congress. But she quickly realises that the men will not let her succeed along that path and changes courses to provide cover for the patriarchy to put the brakes on the ERA without getting their hands dirty. Her efforts to stop ERA are just a way for her to make herself known and gain power within the Republican party, which she believes needs to move radically to the right. And despite constantly spouting the virtues of being a good, obedient housewife, Phyllis, as her opponents often point out, is anything but. She makes a show of running the household, but really, it is her sister-in-law Eleanor who takes care of Phyllis' six children. She is more ambitious than her husband, Fred, and is a master at getting her way — watch how she goes directly against Fred's wishes and joins law school, depriving him of the last remaining thing that's all his own. At the beginning of the show, when we first see Phyllis, she is introduced on stage simply as Mrs Fred Schlafly. By the end, her husband introduces himself as Mr Phyllis Schalfly.

All of this may make it seem like the show holds Phyllis up as a hero of sorts, in spite of her documented efforts to pull back the women's movement. But therein lies the brilliance in the writing. We never find ourselves cheering for her victories — victories won on the back on increasingly devious means going from bandying about falsehoods as facts to tacitly approving enlisting the Ku Klux Klan to aid their cause. We are also constantly aware of the futility of her attempts to push ahead while helping keep other women down. We know she is just going to end up a tool for the patriarchy to use and throw away in the end. As fellow Republican Jill Ruckelshaus tersely notes, "You want to get ahead climbing on the shoulders of men, Phyllis, fine. Just know, they're looking right up your skirt." That final sequence inspired by Jeanne Dielman was always coming.

It is almost redundant to say at this point that Cate Blanchett aces her role. Of course, she does. Blanchett plays Phyllis with such surefootedness it's eerie. That frozen smile of hers will likely haunt my dreams for a while to come. But while Mrs America is undoubtedly led by Blanchett, it is really an ensemble piece, one that is delightfully almost entirely made up of women. And every single one of the rest of the main cast is equally brilliant. From the inimitable Margo Martindale as Bella Abzug, the seasoned women's rights campaigner who is abrasive but practical, to Tracey Ullman as the mother of the feminist movement, Betty Friedan, who is slowly losing relevance, to Uzo Aduba as Shirley Chisholm, the first black woman elected to the US Congress and the first woman as well as black candidate to make a run for nomination as a Presidential candidate. Each gets an episode named after them that develops their character, but they also shine throughout the series as well. Special mention to Sarah Paulson who plays a fictional composite character named Alice, whose evolution through the show, capped off by the Houston episode, really drives home the horror of what is happening.

This Houston episode, the penultimate one of the series, acts as the climactic hurrah for us (assuming a liberal audience, of course; the other side will view it differently). What follows this — and this is no spoiler given this is all history — with Reagan winning the election and the far-right gaining power, and as Bella Abzug puts it, "turn[ing] back 50 years of human progress," definitely feels like a sucker punch. More so since, nearly 50 years on, things have barely moved forward. The USA still hasn't had a female president. Right-wing extremism after seemingly easing a bit has only become more pronounced. And not just in the US either. But no matter the odds, this is a fight that cannot be given up. In the words of Gloria Steinem, "No matter how long this revolution may take, there can be no turning back."