Direction Dreams: 'Many assistant directors are now stuck without any support'

...says Rajakumar, the assistant director, who has worked in films like Thegidi, Enakkul Oruvan, Maari, Maari 2

In conversation with Rajakumar

It was not a sudden decision. I joined VISCOM, and made a nice set of friends there, and got introduced to films by directors such as Takeshi Kitano and Akira Kurosawa. I spent more time watching films and reading books than going to college. In my final year, I decided to get into films. My friends and I came to Chennai as a gang of 12 and we stayed in the same room. A lot of us have now got into different fields such as editing and cinematography. They helped me financially and were supportive and only because of that, am I where I am.

Ramesh sir is a man of great clarity. I also learned sincerity and how to maintain a 'meter' from him. Prasad sir taught me how the same story can be created in different dimensions. There's space for a lot of improvisations with him. As far as Balaji sir is concerned, I have never seen him getting tense. I learned how to treat assistant directors from him. He won't even use terms like 'vaada' and 'poda'. He also makes sure there's his stamp on everything -- right from action sequences, songs and even lyrics.

For both Maari films, I played the body double for Dhanush sir -- not for action sequences, but for shots that do not involve his face being shown. Be it the murder sequence when Maari was a teen in the first part, or the rain sequence in the court in Maari 2, I was the one in his costume. During the second part, cameraman Om Prakash sir joked to Dhanush sir that I was acting well and Dhanush sir teased me for hours. It was fun working in that film. 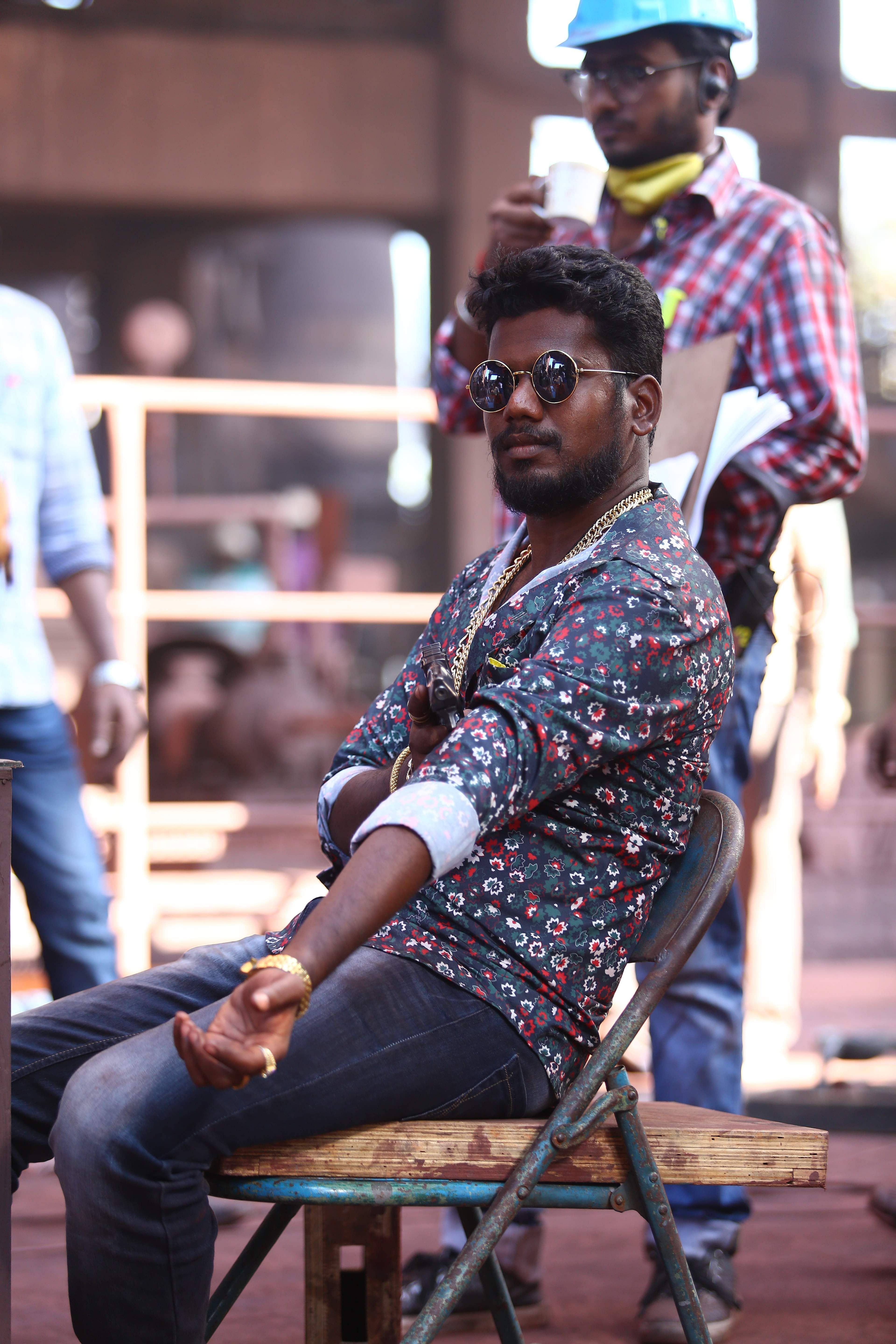 Working in post-production is harder to get a hang of when compared to working on the floor. As assistant directors, we have to be in sync with the mindset of the director. Only then will we be able to scout for locations that the director wants. This includes the kind of house he wants the hero to live in, the clothes the cast should wear, how the room of a particular character should be -- everything is already in the director's head. Getting into that world and thinking from his perspective is a challenge.

I find it to be in a good phase, similar to how the rest of the film industries in India are. My current favourite director is Vetrimaaran sir and that's because he has normalised the concept of getting rights for novels. Be it Lock Up made into Visaranai or Vekkai becoming Asuran, I like how he takes the essence of the novel and makes a film in his own style. I have also acquired the rights of Andaman Nayakkar by K Rajanarayanan sir -- a story that K Balachander sir wanted to do earlier.

What's one thing you think you can bring to Tamil cinema?

A lot of assistant directors, including me, are having a hard time in the industry. Many are working without a salary. I have been in the industry for eight years but fortunately, I have had work for the majority of the time, unlike many others. The industry turns a blind eye to our livelihood and does not pay heed to the fact that even we have families and commitments. A lot of directors misuse ADs. Help is needed for those who are now stuck in Chennai because of the coronavirus outbreak.

The relationship between a director and his assistant is broken once a film gets completed. It should not be like that. Apart from the money, assistants toil hard to bring a director's vision into reality. Directors should be more supportive of their assistants, not just monetarily, but also in terms of vision. Very few directors do this.

For my story, I feel Vijay Sethupathi sir would be an apt fit. I have a period film and his realistic acting would be perfect for the lead role.