Nasir movie review: A devastating story of a salesman

Director Arun Karthick's sophomore film, which has won the NETPAC Award for the best Asian film premiering at Rotterdam Film Festival, is a poignant tale of an everyman

The word ‘salesman’—or ‘clerk’—describes more than a job. It represents something deeper, something at once normal and mundane, and is the job of the ‘common man’. From Arthur Miller’s Death Of A Salesman to Anton Chekhov’s The Death Of A Government Clerk, many literary works use this job to tell the story of the ‘every man’.  Arun Karthick’s sophomore film is about one such salesman, Nasir, an adaptation of Tamil writer Dilip Kumar’s short story Oru Gumasthavin Kathai (The Story of a Clerk). It is the story of a poor man dissociated from the politics of the world but one who becomes victim zero when the ruling class decides to fight over ideologies.

It should have been both convenient and hard at the same time for Arun Karthick to translate the film visually. Dilip Kumar’s story easily renders itself for visual adaptation as it is so descriptive that it even talks about how the protagonist moves his hands while sharing his poem with his colleagues. The story asks you to assume yourself as this Muslim protagonist at the outset. The writer keeps telling you to walk in his shoes, and learn intimate details about his wife, nephew, and his economic problems. The director Arun doesn’t enjoy the same privilege with his film though, even if the text does. He has to show and yet, make you empathise with the predicament of this textile store salesman. And he does it well.

The life of Nasir (an apt Koumarane Valvane) is like clockwork. He has to take a bath in a common toilet on time, or risk losing the time to a… watchmaker. Yet, Nasir finds time to kiss his wife Taj Begum (Sudha Ranganathan) the moment he wakes up. The reality of that kiss is nothing like we have seen in Tamil cinema before. Arun doesn’t shock or romanticise, he just shows. He does this throughout the film.

We gather information about Nasir and where he is coming from as we travel with him to his work, lunch, namaz, errands, smoke breaks, and afternoon siesta. It is not just the visuals—even the sounds tell you a lot. The brilliant usage of background sounds and noises to dispense information, I’d say, is unprecedented in Tamil cinema. 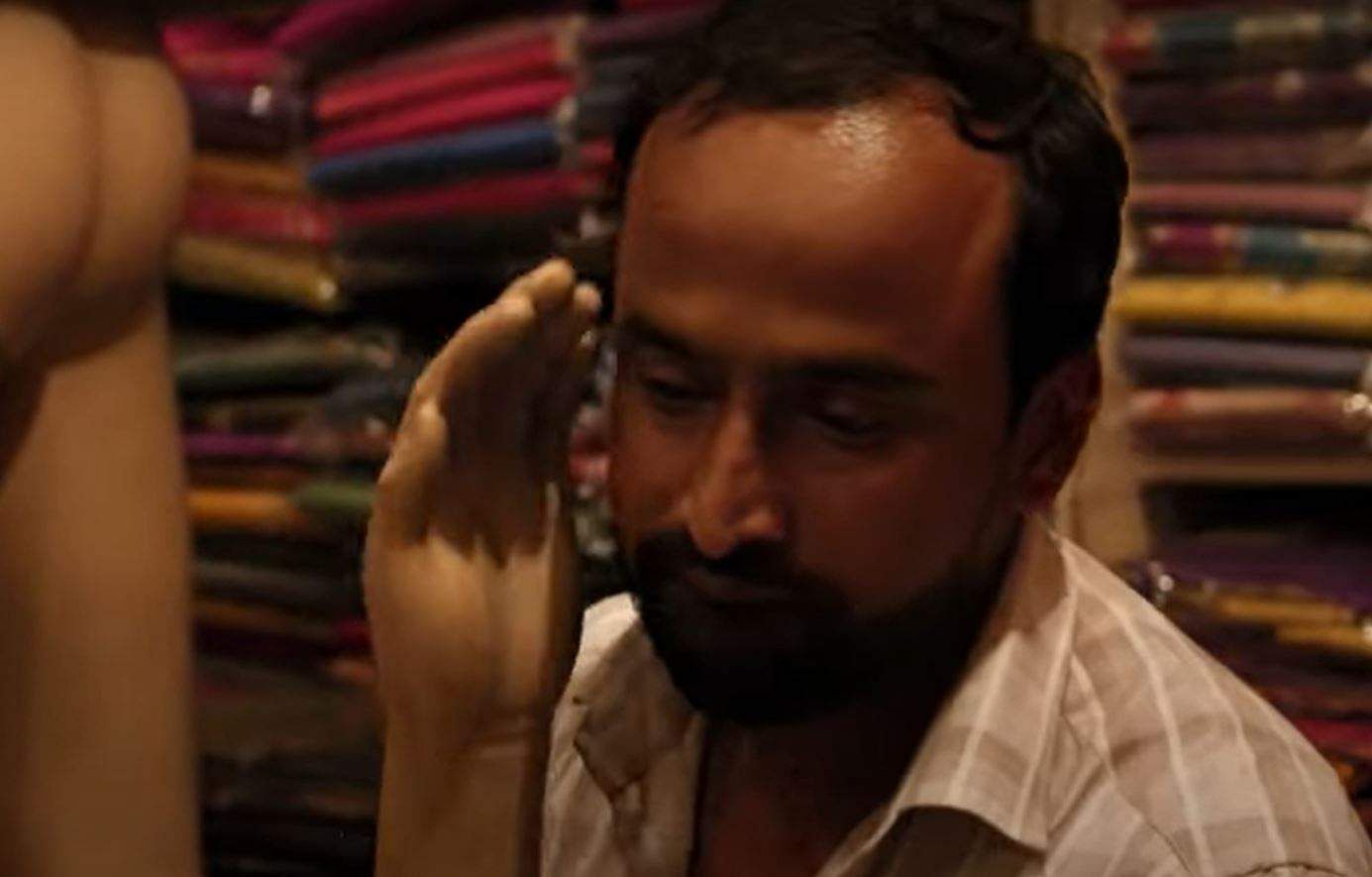 We constantly hear heated religious propaganda on loudspeakers from both Muslim and Hindu orators in the background. We hear prayers of both religions. There is not even a dialogue about Ganesh Chaturthi but we know it is happening. This effective use of sounds was also seen in his debut film, Sivapuranam. Both films, though they belong to different genres, share traits. On top of the importance they give to sound, both also make you aware of the setting. For Arun, the environment is the context. That’s why he doesn’t seem to mind when the film abruptly cuts to shots of a name board or a wall. In these seemingly random shots, the cinematographer Saumyananda tries to capture beauty in everyday objects, much like Arun tries to capture beauty in the mundane life of Nasir.

For instance, even a normal routine like the opening of a shop's shutter feels fascinating through Arun's inquisitive gaze. These are events we don't give a second thought to in our daily lives... but Arun captures them in a way that makes them come alive.

As we see the intimate details about Nasir's life, love for old songs, his preference for letters, the labels we cast on Nasir break down and he becomes an individual. That’s why it is devastating when Nasir is reduced to just a ‘Muslim’ when the film ends. Arun Karthick prolongs the last shot of the film to let you think about your entire journey with Nasir. It would be erroneous to describe Nasir as a film about a Muslim man because that label is exactly what the film tries to destroy. The protagonist, of course, goes to a mosque like any person would go to his/her place of worship. In other words, it's just an act of habit. But in today's world of rampant ‘othering’, where even a pandemic gets religious colours, the Nasirs are identified as threats.

It would be easy to box Nasir as parallel cinema or as an arthouse film but that would be unfortunate. Nasir is an intense story of our land told through an embrace of the cinematic language. It’s no surprise that this film is resonating across the world.