Spinning success: A list of spin-offs that unexpectedly became better than their original

From Better Call Saul to Logan and Bumblebee to The Simpsons, here is a list of spin-offs that not just did justice to the original but made it proud too

Spin-offs exist for various reasons. Some exist to satiate the unquenched thirst for stories from a franchise; some exist to do justice to small threads left unfulfilled in an old story; some others exist simply so the production company can ride the wave of success and make a bit of money. Here, we take a look at ten spin-offs (shows and films) that unexpectedly became better than their parent originals, and are all available on OTT platforms: Breaking Bad (2008-2013 and now streaming on Netflix) is an all-time great TV show that is about a Chemistry teacher, Walter White, transforming into a drug kingpin. Following its success, creator Vince Gilligan, along with Peter Gould, went on to create a spin-off, about a character few would have imagined as a protagonist. That’s the genius of Better Call Saul (2015-present) which is based on lawyer Saul Goodman, who was a supporting character in the periphery in Breaking Bad. The show, with one season to go, has been earning rave reviews and can arguably be said to have already eclipsed the greatness of the parent. It’s a series that offers more breathing space, that delves deeper into the human condition, and one that’s as entertaining as it’s moving. 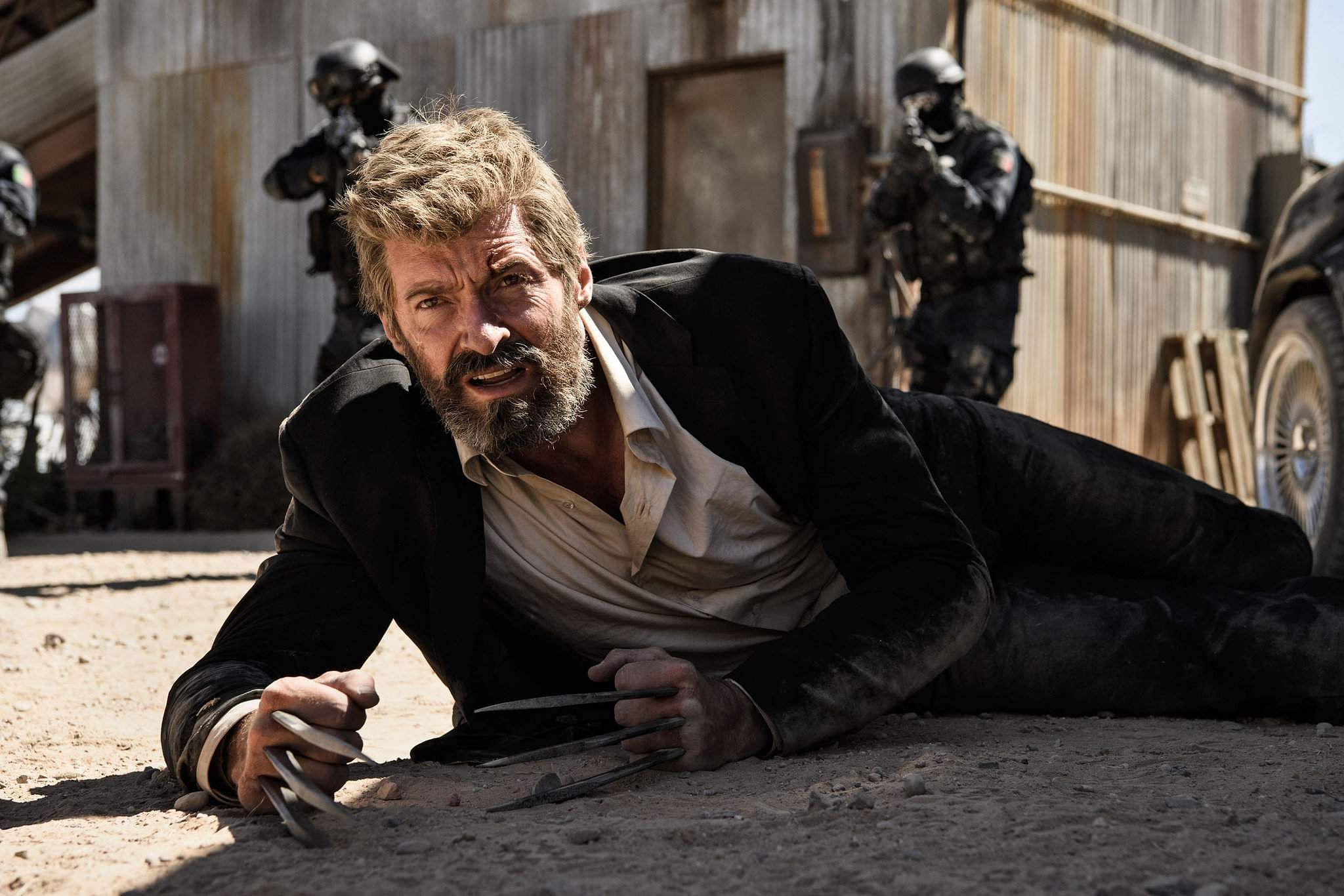 There was always going to be at least one entry in this list with superhero content. Minus oddballs like Elektra and Catwoman, some of the spin-off films from the Marvel Cinematic Universe and DC Extended Universe have been pretty enterprising. There's the all-women superheroes film, Birds of Prey (Amazon Prime Video), the merc with a mouth, Deadpool (Disney+ Hotstar), and even the Oscar-winning Joker (Amazon Prime Video). But if one spin-off can be said to have truly surpassed the limitations of this genre, it's the tenth film in the X-Men film series and the third and final instalment in the Wolverine trilogy, Logan. Hugh Jackman's final outing as Wolverine, Logan showcased the beautiful relationship between its titular star and Charles and the fact that superheroes can also be damaged and vulnerable. One of the best comic-book adaptations of all time, the film is thought to be perhaps the best X-Men film ever. 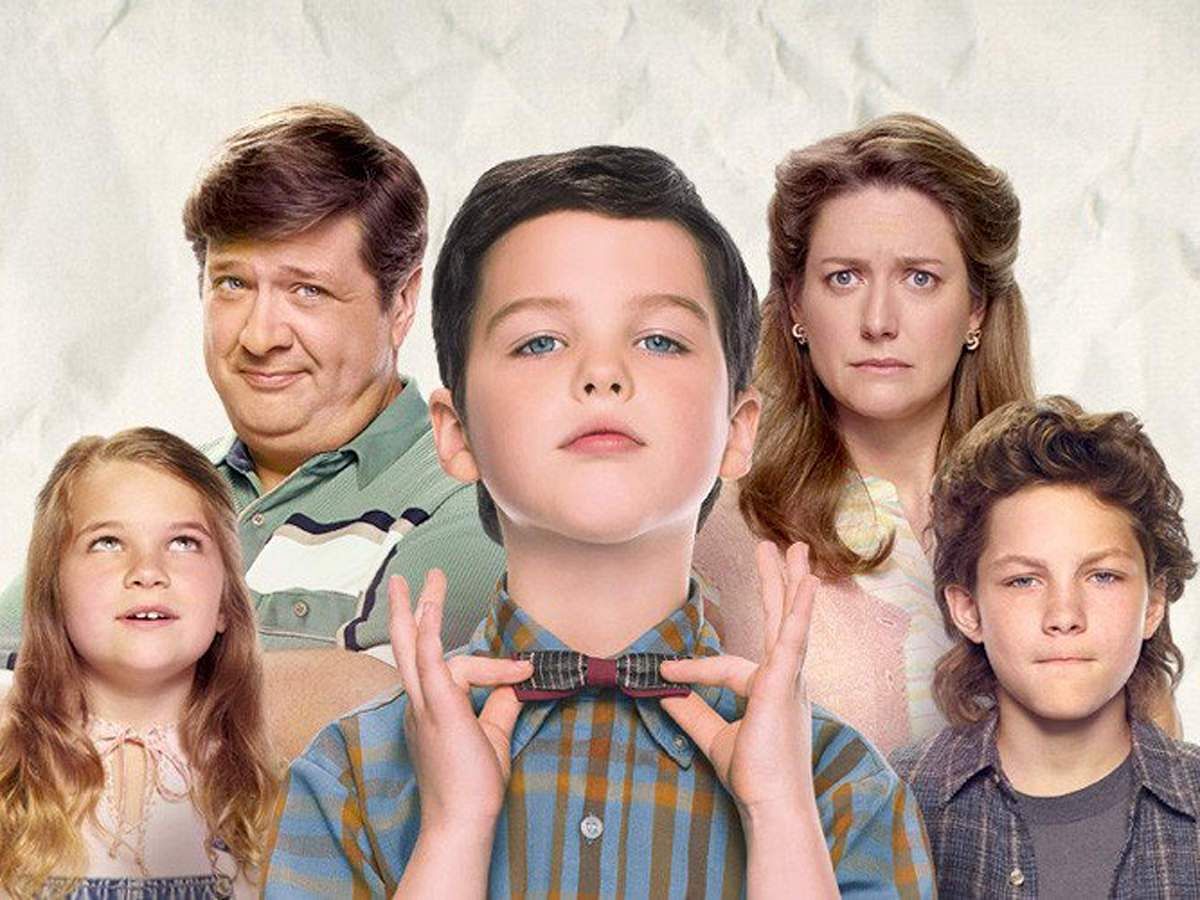 Young Sheldon is a spinoff prequel to The Big Bang Theory (TBBT). While the original series follows the lives of four socially awkward friends -- Sheldon, Leonard, Howard and Rajesh -- and how their lives change after meeting Penny, an extroverted young woman, the spin-off by one of the TBBT creators, Chuck Lorre, along with Steven Molaro, focusses on the childhood years of the most popular character of the original series, Sheldon. The series did away with the live audience idea and focussed simply on being a family drama with comedy befitting the characters. All the hat-tips to TBBT help too, with the spin-off also touching upon the childhood of the other important characters from TBBT. 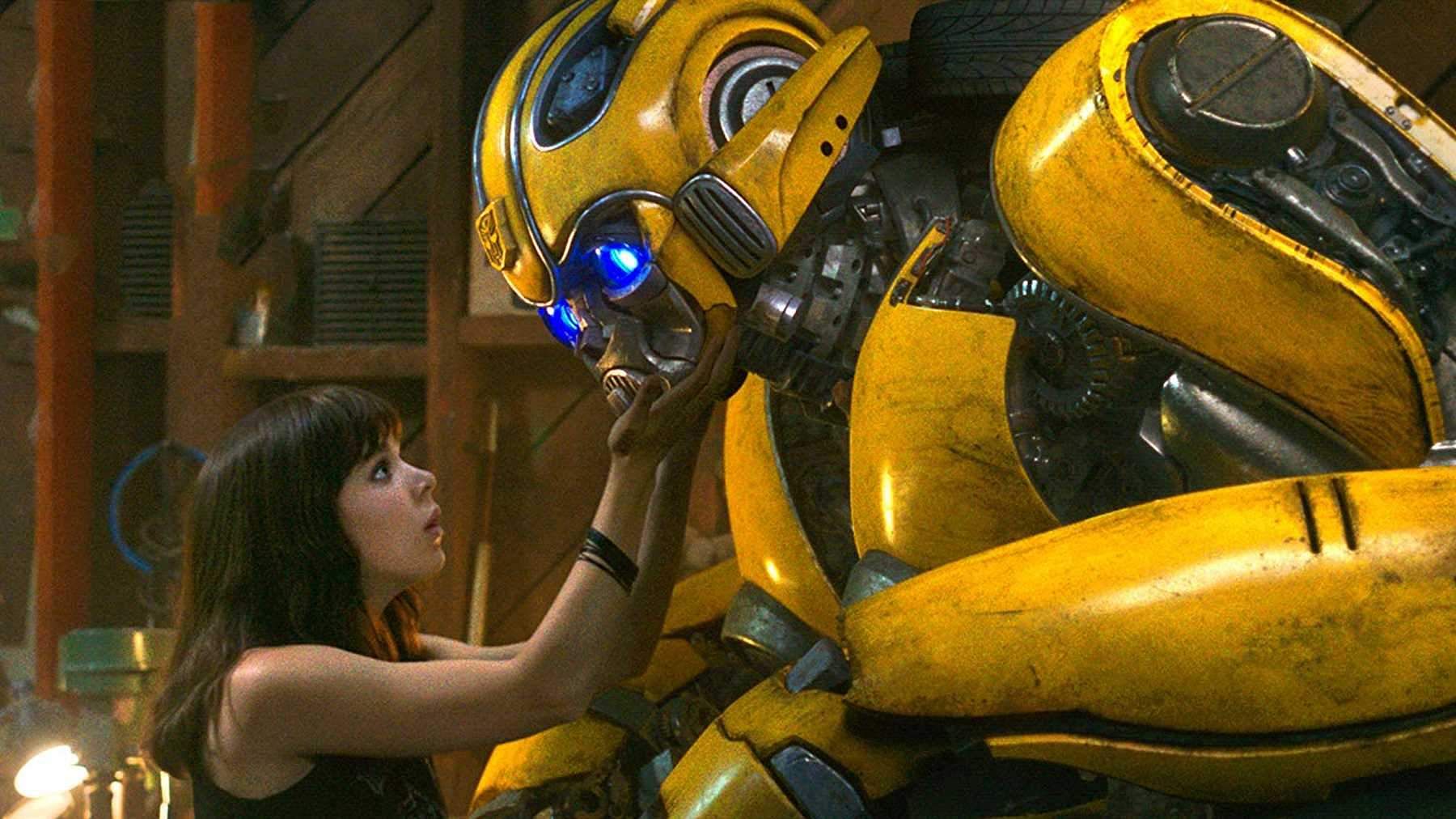 The Transformers film franchise has a polarised audience, with viewers either loving or hating it. Despite killing, resurrecting, and swapping actors and characters, the later films in the franchise failed to make a mark and we were left with only stereotypes and cliches and explosions that Michael Bay is known for. Everything changed when one of the fan-favourite characters from the franchise, Bumblebee, got its own film. The film stands apart from its predecessors on account of the new cast, a story that focussed on its characters, and most importantly, loyalty to the 1980s Transformers show. Is it a surprise then that it's the highest-rated film of the series—or that this film too is getting a sequel? 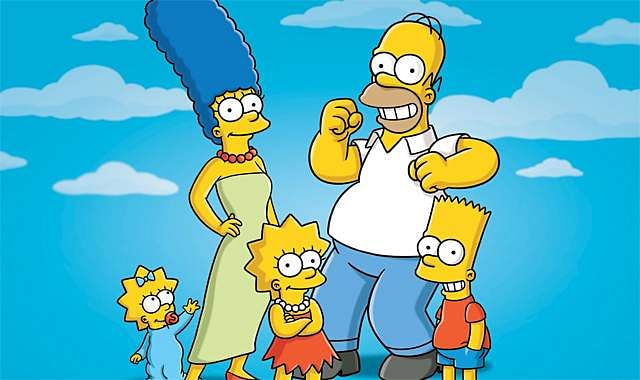 While many of us have already heard of America’s longest-running animated series, The Simpsons (1989 – present), that is now in its 31st season, not many know that it is actually a spin-off of The Simpsons shorts that appeared in The Tracey Ullman Show (1987-1990). The series revolves around the Simpson family -- Homer, Marge, Bart, Lisa, and Maggie, which first appeared in The Simpsons animated shorts that aired between breaks during the TV Show. While The Simpsons shorts served to introduce the characters, the spin-off is a detailed satirical look at the lives of the American working class. With more than 600 episodes and still running, the animated comedy’s striking depiction of everyday life with humour has struck a chord with millions.

Get Him to the Greek (Netflix) 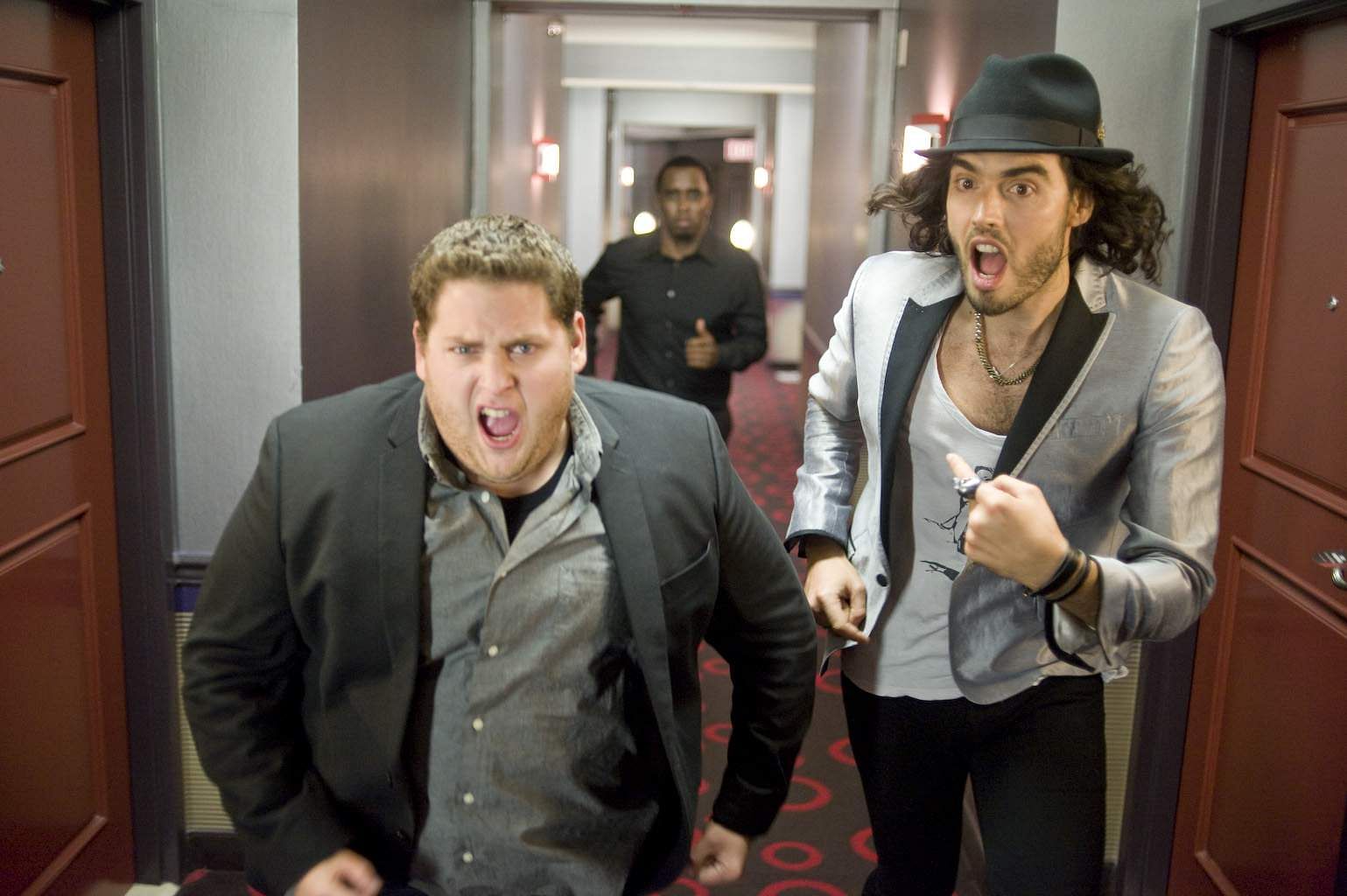 Over the years, Hollywood has shown that it's rather easy to come up with a spin-off for an animated comedy. Films like Planes, Minions, Penguins of Madagascar, and Puss in Boots have shown that once the world-building is done, a spin-off based on characters who get a lot of love is a no-brainer. The same, however, cannot be said about feature films in the genre. And so, it was a surprise when a spin-off to Forgetting Sarah Marshall made its way to the theatres just two years after the Kristen Bell-starring original. Get Him to the Greek saw the return of Russell Brand as Aldous Snow, the free-spirited rock star of the group Infant Sorrow, along with Jonah Hill, who appeared as a waiter and a fan of Aldous in the first film, but a record company employee in the new film. Their stellar chemistry made it one of the best comedies in recent times. 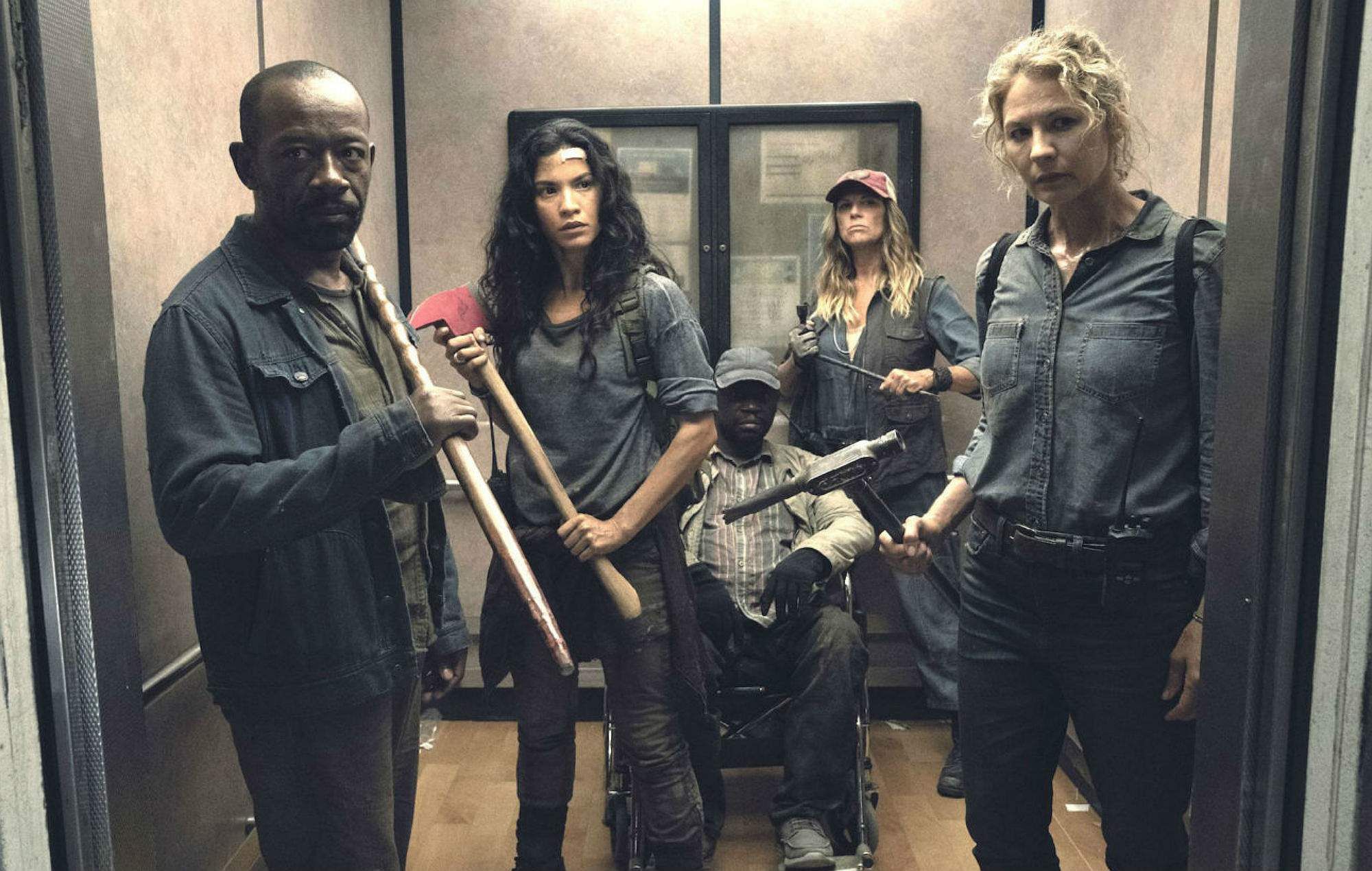 The Walking Dead (Netflix) is without competition when it comes to the top spot in the TV series on the zombie genre. A spin-off titled Fear the Walking Dead was developed by one of the creators of the parent series, Robert Kirkman, along with Dave Erickson. It followed the story of Madison Clark and her family. After season four, one of the main characters from the parent series, Morgan Jones, also joined the regular cast of the spin-off. 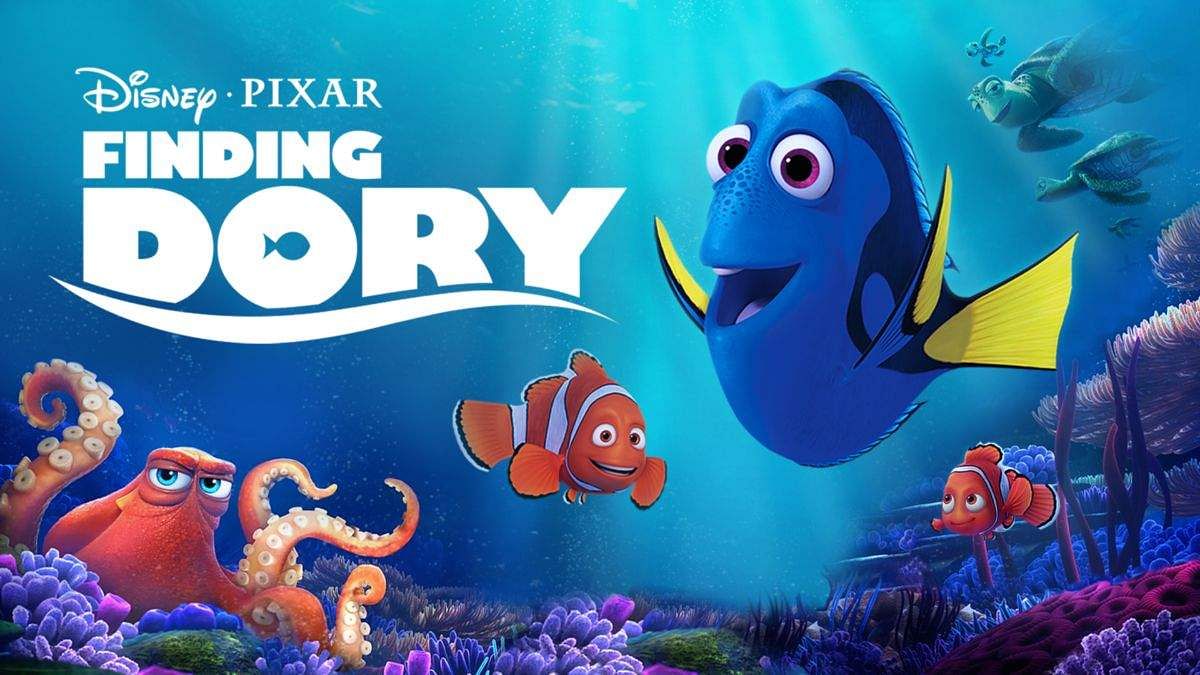 As much as Finding Dory is one of the most beloved spin-offs/sequels from Disney, it was never meant to be made in the first place. The original plan for a sequel, post the success of Finding Nemo, was a story involving Nemo and his long-lost twin brother named Remy, going on an adventure with Dory. Moreover, director Andrew Stanton, who made the original, also directed the biggest dud Disney ever faced in the form of 2012's John Carter. But things finally fell in place and 13 years after the original film, Ellen DeGeneres returned as the regal blue tang who suffers from anterograde amnesia in 2016's Finding Dory.

A year post the happenings of Finding Nemo, Dory, who is living with the family of clownfishes, gets a flashback of her parents and embarks on a mission to find them. Funny yet thought-provoking, the film proved wrong anyone who wondered if a sequel was necessary. Despite not being as well known as the rest of the entries in this list, The Good Fight, the spin-off of the hit legal and political drama The Good Wife, has garnered quite a following over its four seasons. Similar to Better Call Saul, The Good Fight also follows the trials and tribulations of a lawyer, Diane Lockhart, a senior partner at the law firm in the preceding series. After an enormous financial scam destroys her savings, Diane, who is now unemployed, must team up with Maia and Lucca Quinn at one of Chicago's preeminent law firms. With legendary filmmaker Ridley Scott overseeing the project as an executive producer, it's not surprising that the series has garnered extremely favourable reviews, with the latest season, at one point, having an approval rating of 100 per cent on Rotten Tomatoes. 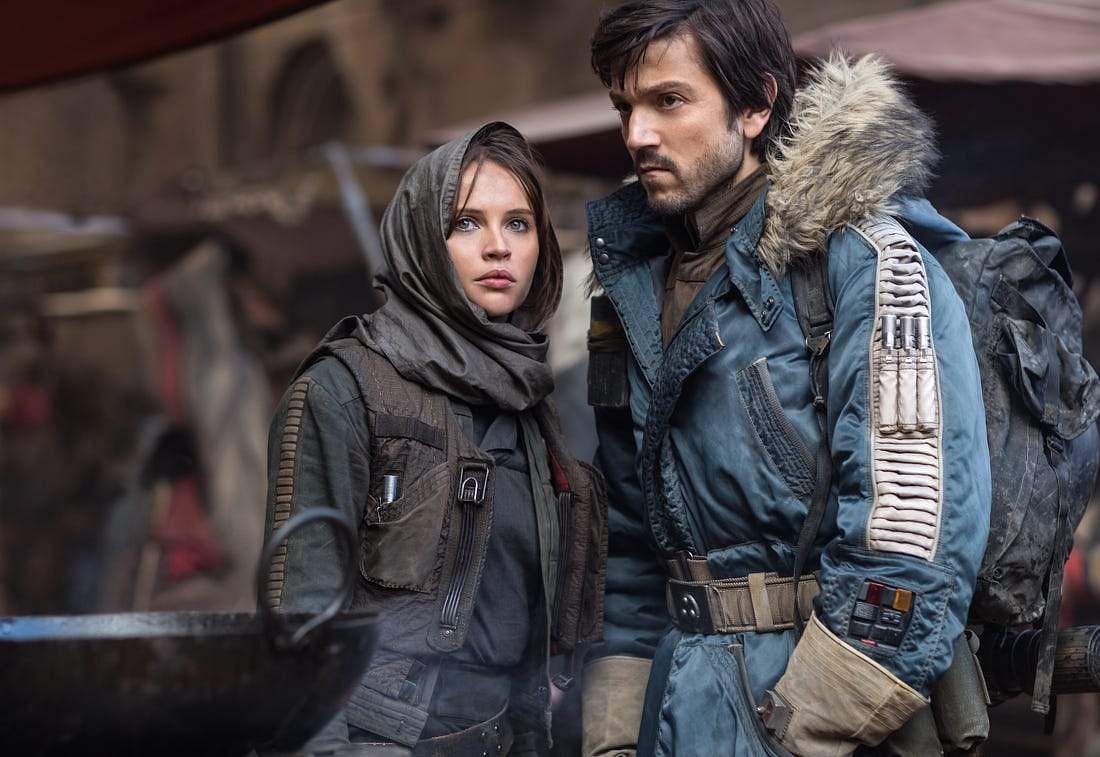 The first instalment of the Star Wars anthology series, Rogue One, is quite a unique film from the legendary franchise. Storywise, it didn't even have to exist in the first place as it's set right between the prequel and original trilogy. The plot focuses on a group of rebels who band together to steal plans to the Death Star though we know that the space station is very much intact in A New Hope. But what makes Rogue One an important addition to the much-celebrated series is how it gels with the rest of the stories. We get to see the Sith Lord Darth Vader show off his powers more than ever before. The action sequences too outdo the other Star Wars films. Rogue One made the franchise darker but also added another layer to the already lengthy storyline. And somehow, it worked in a way nobody expected it to.