Is there another filmmaker in Tamil cinema who so cared about the joint family setup, of the quiet bonds that form between members? Meenakshisundaram Ramasamy Viswanathan, known as Visu, made a career out of dissecting the psyche of the middle class. The director also donned several hats including writer, actor (stage, film and television) and talk-show host. Here, we talk to actors and directors who had the first-hand experience witnessing the various facets of this legendary writer-director. 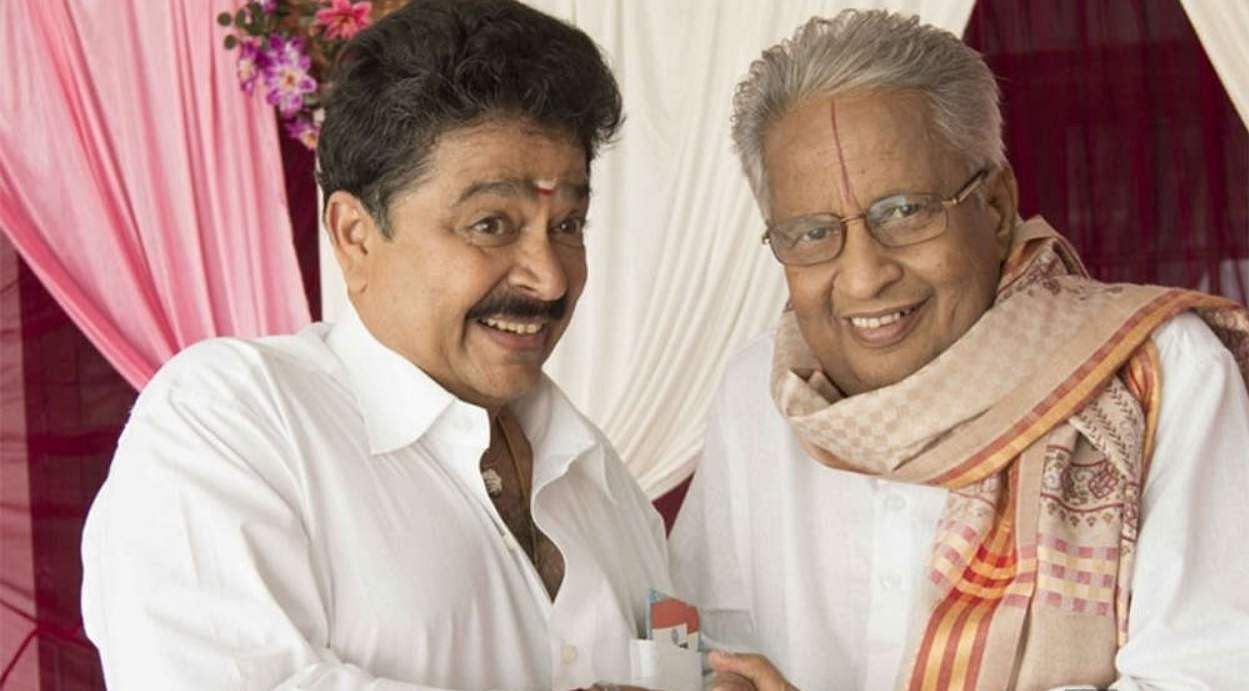 "We are 'vaada poda' friends. Ours was a 50-year-long friendship. He was just four years elder to me; I always knew him as a multi-talented and versatile artiste. Our close association began right from our stage days. In fact, my first outstation play came through Visu. I've worked in almost 30 films of his. We were always in touch, even till his last days. He was struggling for the past ten days owing to kidney-related ailments. He was having daily dialysis. I was told that he had a massive attack on Monday, and was taken to the hospital. This is a huge loss." 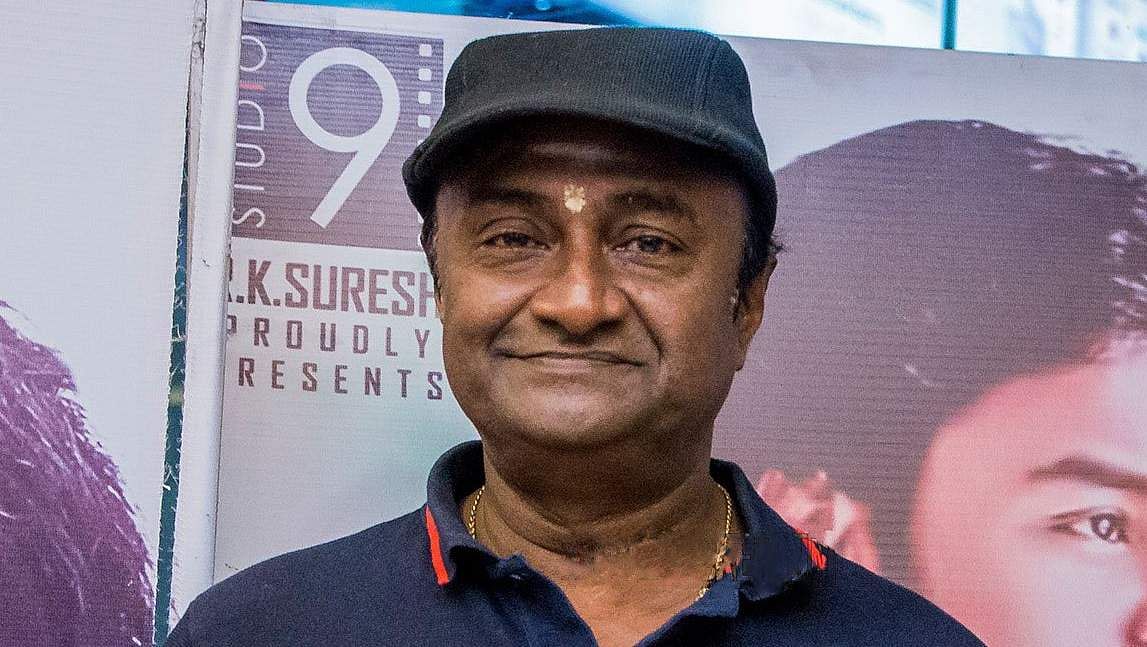 "He was like the eldest brother in my family. When I was trying to make inroads in the field of dubbing, he gave me the opportunity to act in front of the camera in Thirumathi Oru Vegumathi (1987). We have since been constantly in touch. Even a few days back, I had a conversation with him, where he said, "Mathavangaluku oru week la 7 days, enakku 4 dhaan". He would have dialysis on the other days.

I wanted to visit him and invite him to my daughter's wedding. I'm shocked. When my wedding happened, Visu anna couldn't make it because of the death of his elder brother, Kishmu. I am saddened by the death of the eldest member of my family. Now, with the lockdown in place, I feel pained that I wouldn't be able to see his face, one last time. But I still believe he will always be in all of our hearts." 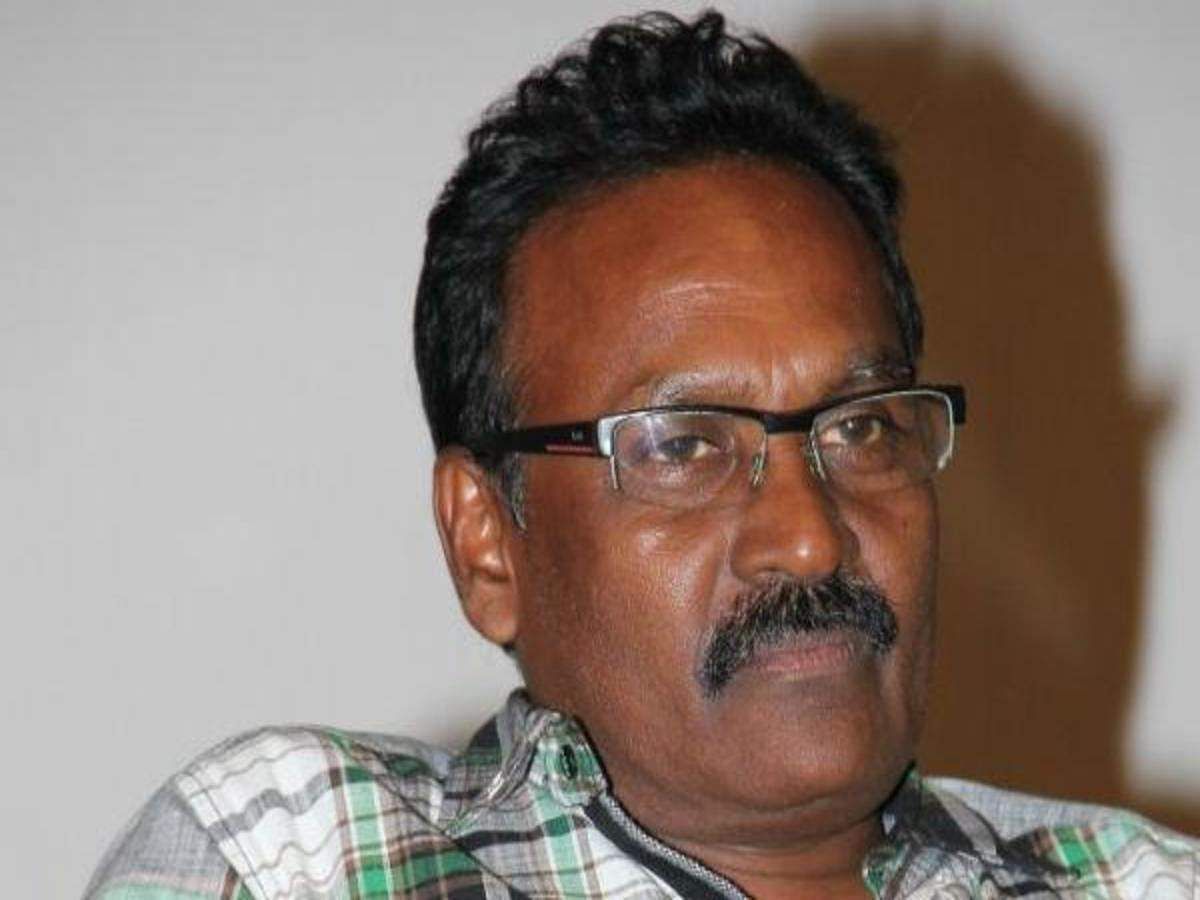 "I've worked with him from Manal Kayiru till Sakalakala Sammandi... Almost in about 15-16 films. All my cinema knowledge has come from him. I learned unforgettable lessons in being a producer's director, and most importantly, never to give false hopes to anyone. He instilled discipline in me and tamed my wildness to make me a gentleman. Cinema la enakku aana aavanna solli kuduthavaru avaru. I can boldly say that I am the one who loved him the most. He loved me too. He always appreciated my work." 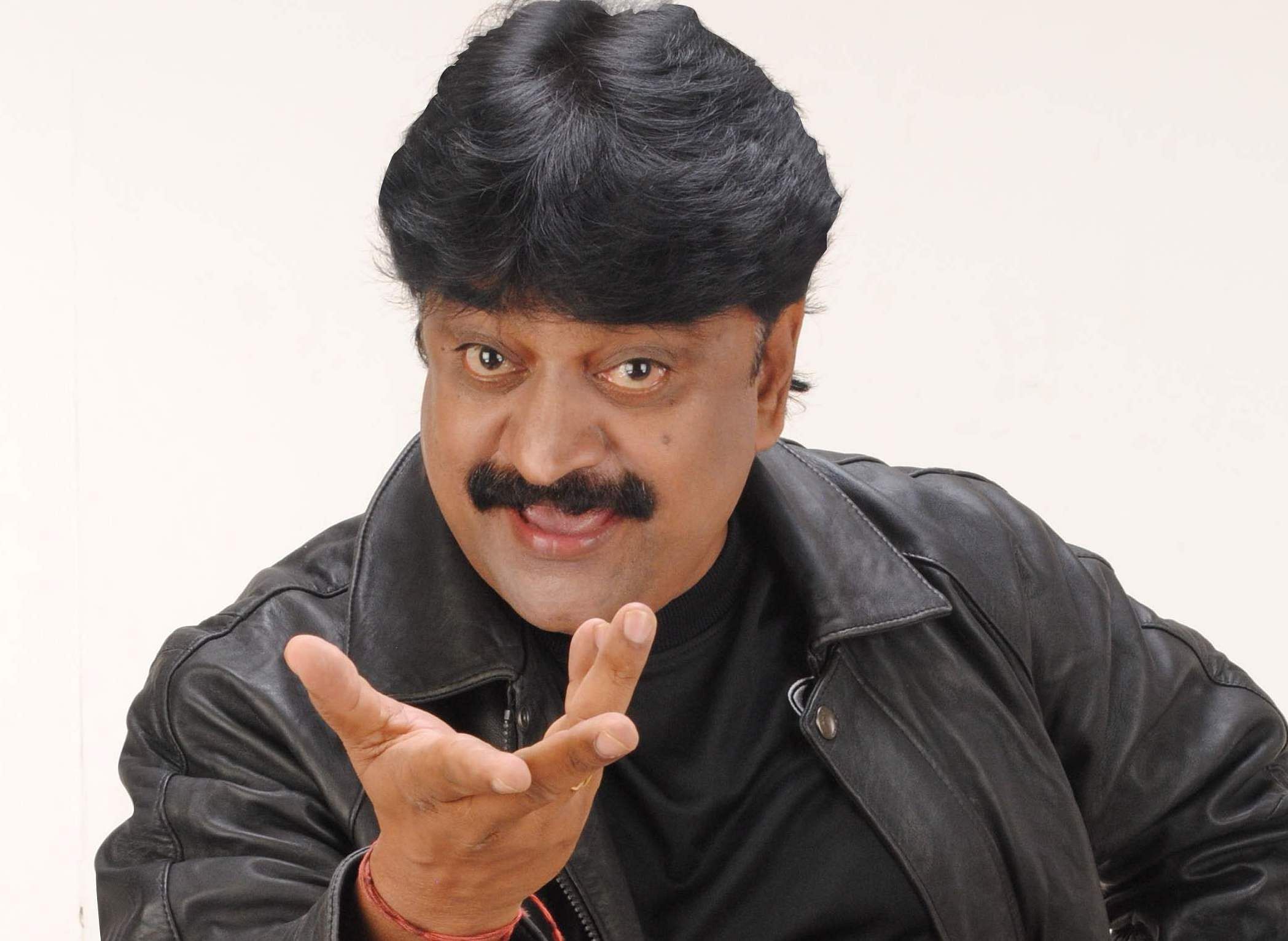 "The first time I saw him was in the 70s when he was part of the drama, Hare Rama Hare Krishna. When I met him in the late 80s, I narrated one of his dialogues from the play. He was overwhelmed and hugged me tightly. He always wanted to cast me in a film, and one day, I got a call from Kuriakkose Ranga who said Visu sir wanted to meet me. It was just after the superhit success of Kizhakku Vaasal. I had no dates then.

When I met Visu sir, he said he had created this role just for me. I told him this is something that should be done by Rajini. The character was named Telex Pandian, a play on Rajini's iconic role in Moondru Mugam. The film offered to me was Pattukotai Periyappa. I played a police officer in that film. He even told producer Rama Narayanan that he wouldn't film those portions without me. Rama Narayanan was also asked to give me the salary I quote.

I felt blessed to be acting under Visu sir's direction. Even with a horde of talented artistes around, I was given the most dialogues. He was a huge fan of cinema and a great artist. He always appreciated my mimicry of Rajinikanth. Legendary personality saar avaru. He always had the welfare of writers in his mind. People would come to Visu sir for script advice. He delivered huge successes with the smallest of budgets." 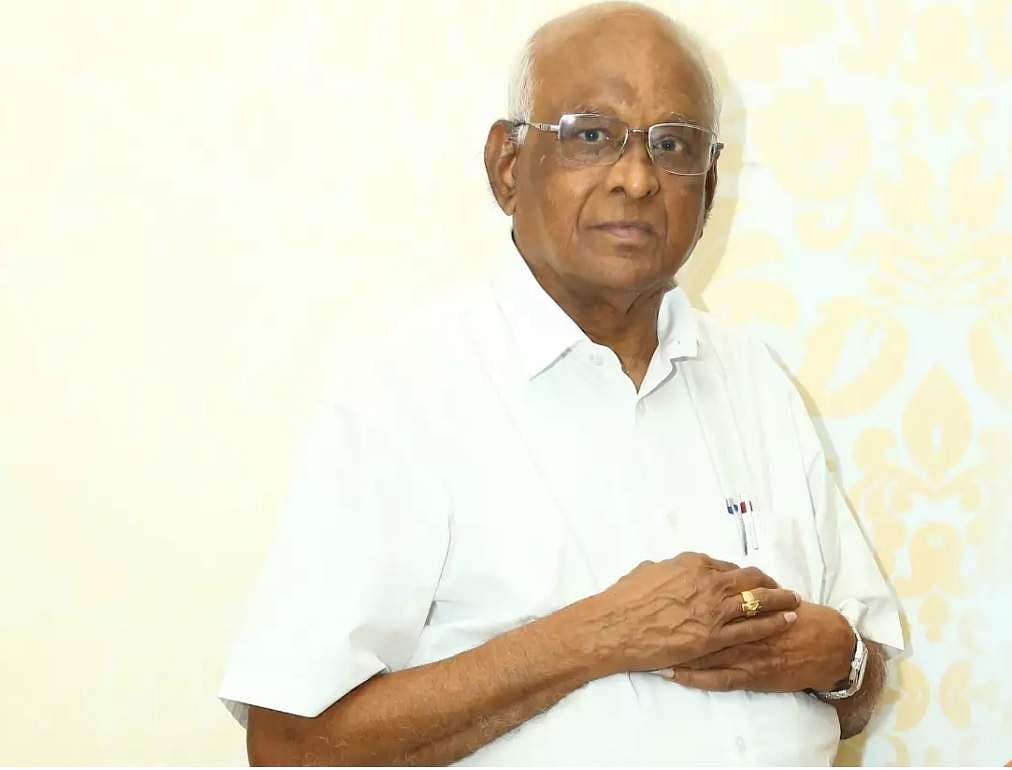 "I'm proud that he got introduced as an actor through my film, Kudumbam Oru Kadhambam (1981). The film was adapted from a play and we made him reprise his role from the play in the feature film version too.

Working with him in Netrikann (1981) was an unforgettable experience. His dialogues elevated the film to the next level and the variation he showed while writing the father and son roles of Rajini is truly remarkable. Though he is known for his heartening family films, he was equally competent in writing mass dialogues for commercial films. Rajinikanth's Chakravarthy in Netrikann says, 'Kudi, lady rendume illadhavan pedi.' This simple dialogue was enough to explain the character's nature and it was a hit among the audience as well.

People usually say that I'm a budget-conscious director. But he made Samsaram Adhu Minsaram (1986) at a really small budget. AVM Saravanan sir often lauds this nature of Visu sir. He always worked towards cost-cutting for the benefit of producers.

He was a big name on the small screen too. I'm genuinely happy that many people benefitted through the charity he did through his talk shows like Arattai Arangam and Makkal Arangam." "Visu sir was a gentleman dedicated to his work. He taught acting to each and everyone on his sets, including Aachi amma (Manorama). Even if one were an acting legend, he would still enact how he wanted a scene. I was not an experienced actor then, and he used to teach me all the nuances before the shots. He preferred a natural look for all the actors in his films, and was against make-up. If you see me in Varavu Nalla Uravu (1990) and Vedikai En Vaadikkai (1990), I would look quite close to how I looked in person. The only time you saw him smile on the sets was during the breaks. He was always trying to cut costs. This is a huge loss for the industry. We don't have any filmmakers like him, who could make such beautiful family dramas." 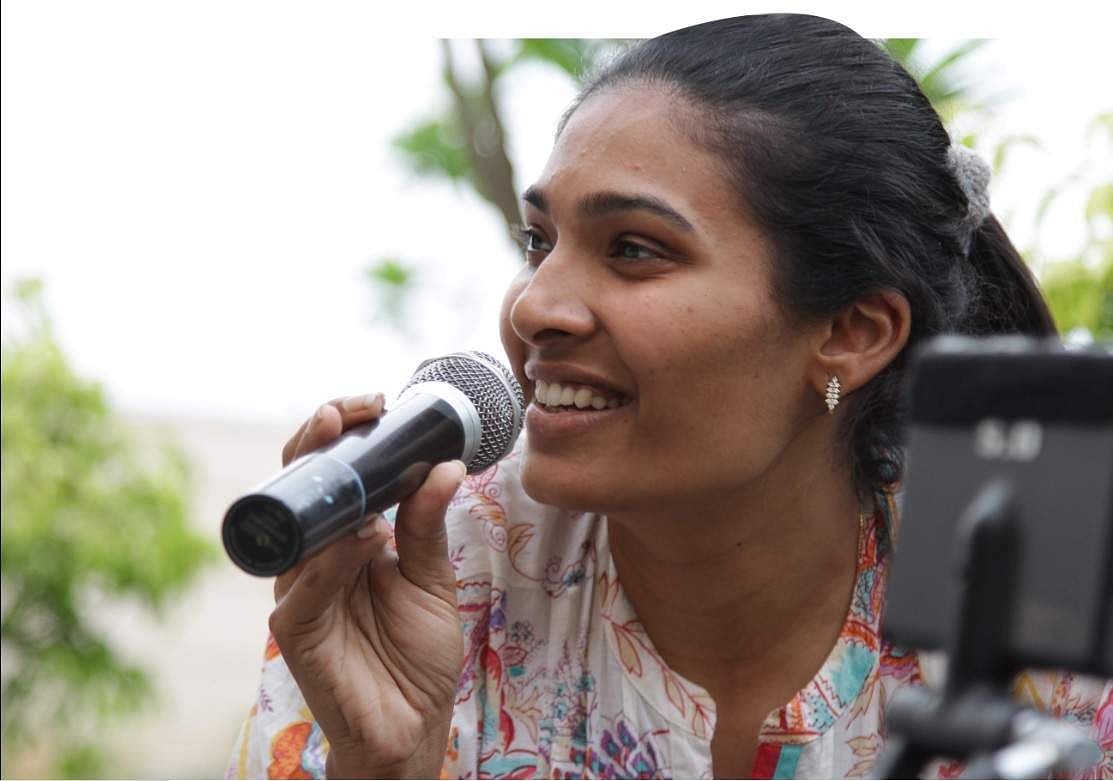 "A lot of people criticised his films for being dramatic, and while other filmmakers would take that as an insult, Visu sir took it as a compliment because he has a background in drama, and believed it to be the purest form of art. An actor has the luxury of having multiple takes but a stage performer has only one shot, and from that perspective, Visu sir was right to do what he did.

Even today, his films have so much impact on society. In terms of family values, relationships, interpersonal drama, there's so much to learn from them. Ellame edharthama sollirupaaru. He portrayed whatever we would see every day in a middle-class family but the characters he wrote were iconic. Personally, it's a big loss because when I got back from Los Angeles to India to direct a film, he was the first person to support me, after my family. When my father organised a Tamil Mandram in Indonesia, Visu sir's Arattai Arangam and Makkal Arangam were conducted there.

When I decided to make my debut film, Vallamai Tharayo, he asked me if I wanted to go ahead with such a risky film for a first venture. When I explained how writing about interpersonal relationship between two characters is a strength of mine, he gave me the confidence that I could pull it off, and even helped me with roping in assistant directors and technicians. When KD released, I tried to make him watch it because I wanted him, my guru, to see how I have evolved. Unfortunately, he could never see it. I think he would have been proud of trusting my potential."