Team Cinema Express takes a satirical look on what films of popular directors would be like, if centred on the coronavirus pandemic

The coronavirus has brought the world to a standstill. With the world still coming to terms with the aftereffects of the pandemic, there seems to be no light at the end of the tunnel for cinema lovers. Theatres continue to be shut, and new OTT content blows hot and cold. Even the most optimistic of filmmakers remain wary of how films will go on to be conceptualised and shot in the post-Covid world. But there’s little doubt that we should expect a bunch of films across languages and genres that are about the pandemic and the lockdown.

Here, we have a bit of fun trying to imagine what these pandemic films would be like, if made by some of our popular filmmakers. 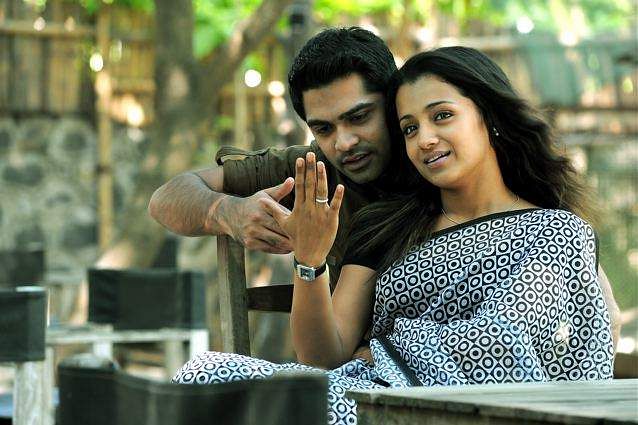 The film begins with Karthik going down on one knee bang in the centre of Central Park, as Jessie struggles to contain her emotions. As the Americans clap in excitement, Karthik rises to kiss her when suddenly, LED screens alert residents of the American president’s strategy to use nuclear radiation to clear out the country of the virus. Karthik screams in shock.

And wakes up. Ever since the lockdown, he has had no one for company. Jessie, the love of his life who was living upstairs, refused to come out of her house. It didn’t matter how many times he jumped over the gate. The last time he saw her was in the terrace, while she was on a video call with her boss, faking a cough and lying about the area being barricaded. She seemed adept at masking her real feelings, he thought.

As he stands by the gate, looking dreamily at the first floor, a pat on his shoulder brings Karthik back to reality. He turns around to see people in hazmat suits informing him that a girl in their building has tested positive for COVID-19. Before he can process this information, another man tells Karthik that the area has been locked down and his family would be tested too.

An official asks Karthik if he has been in close contact with Jessie, with Karthik letting out a sad smile. As the man takes out a nasal swab kit from his bag, he asks, "Enna thambi, love-a?" Karthik turns towards the man and replies, "Genius sir neenga." As another official sticks a quarantine poster on his house’s wall—a place where Karthik hoped to plaster his debut film's poster—he mumbles, “Ulagathula ethanayo peru irudhum, indha COVID en Jessie-a pudichudhu?" Long story short, Karthik tests positive too and gets holed up in the same quarantine facility as Jessie. He manages to get a guitar and sing in love, as other patients join in for a dance—or wait, is that another film? 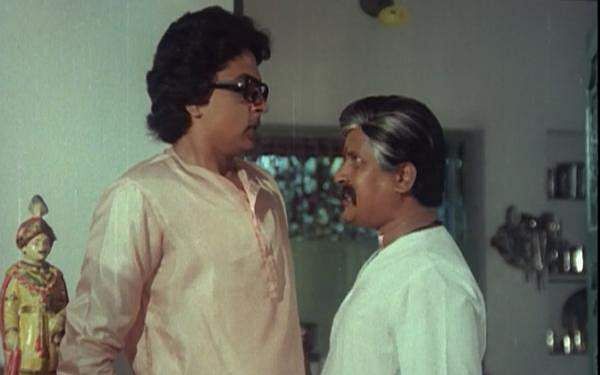 How would the late director Visu, who specialised in family subjects ranging from ondi kudithanam to thani kudithanam, make a film about the pandemic?

Let’s say we have an apartment complex with 12 units. All of them are lovey-dovey—onnukulla onnu—and are so good at heart that even SJ Suryah from Monster would feel inferior. One of the flats has a widowed father (Visu, of course) and his daughter, a journalist. The pandemic sets in. The other 11 families don’t take matters seriously, and Visu being Visu gets to draw a line... but this time just outside everyone's houses to encourage social distancing. (Insert a song that goes, “Kodu Pottaal Kodi Nanmai”). However, gradually, ‘naalu peru’ start talking ‘naalu vidhama’ on Whatsapp groups and Visu’s house gets ostracised by other houses.

Over the course of the film, Visu uses Tiktok, Insta Live, Houseparty, cryptic tweets and of course, Whatsapp forwards to remind other apartment dwellers that their lack of humanity is much more dangerous than the coronavirus. Also… because it is a Visu film, he solves all internal skirmishes (from infidelity to religious differences to parental guidance, and of course, cruel in-laws) in the other 11 houses due to the long hours he has already spent with each other. Towards the end of the film, with matters solved and people saved, we see Visu, in a mask and kaavi thundu, extending the line to the outside of the apartment, and saying, “Apo veetta vittu veliya poda coro-naaye”. 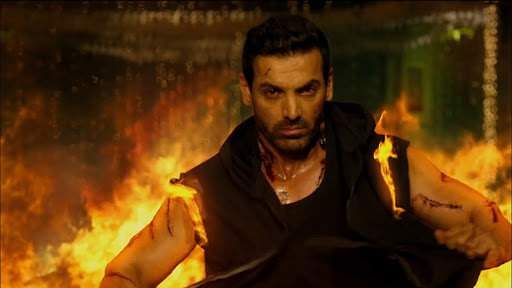 Veer (John Abraham) is a vigilante cop in Mumbai. He’s tasked with ensuring citizens observe the lockdown and stay at home. He goes around town beating up flouters; he doesn’t discriminate between communities and is tough on anyone he catches on the street. Like he says…

One day, Veer meets Survi (Nora Fatehi). A former bar dancer, Survi now works at an NGO providing ration to daily wagers. But Veer has no time — the cases have increased exponentially and there’s an anonymous caller taking the blame.

Eventually, Veer solves the mystery. The viral hotspots are coded! They are Colaba, Oberoi Mall, Rustom Baug, Oshiwara, Nala Sopara and Andheri. In a flash, he figures it out—the first letters of all these localities. C—O—R—O—N—A. Veer sprints to these locations, unearthing more and more clues, and finally encounters the villain, who turns out to be a girl named Survi. SURVI… VIRUS…!!! 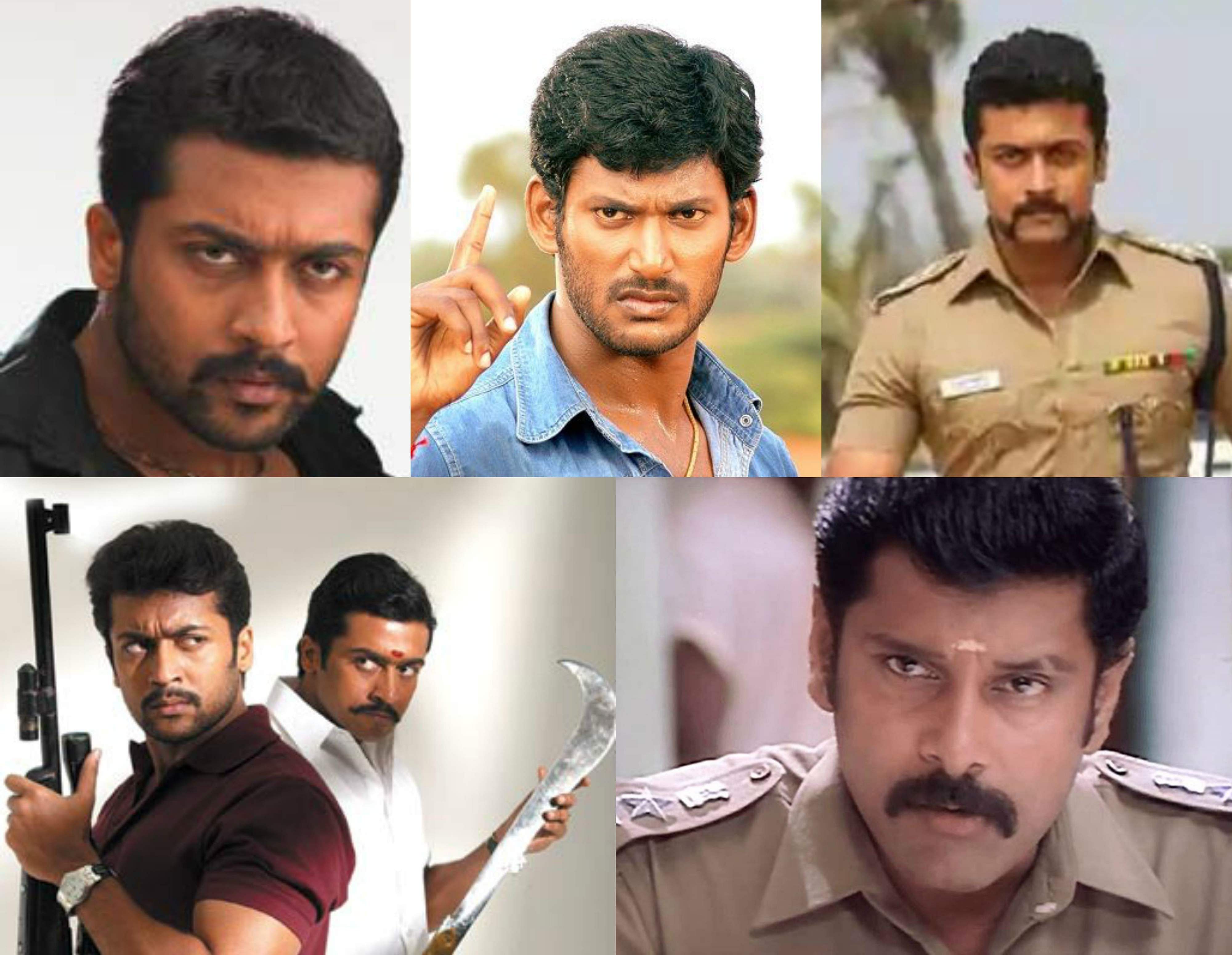 Here’s what we see at the very beginning. In an attempt to find a cure for the Covid-19 virus, a scientist inadvertently ends up creating a resurrection serum that is able to bring the dead back to life. Durai Singam's deceased nemesis Mayil Vaaganam's twin brother, Mayil Saamy, who heads the team of research scientists in KMC, resurrects his dead brother. The kingpin of crime is more evil and ruthless now that he has had a brush with death, and he decides to form his own sinister six: Perumal Pichai (Saamy), Karmegam (Thamirabarani), Sakkara Pandi (Vel), Danny (Singam-II) and Anna Thaadavam (Poojai). They use the pandemic as their weapon and goons wielding corona-virus coated sickles traverse towns in Tata Sumos, threatening to spray the virus. The only thing swifter than the deaths caused by the villains is the editing, the only thing louder than the screams of the victimised is the background music.

A threat of this magnitude naturally demands a union of Hari heroes. Durai Singam, the commissioner of police, gets special permission to bring together a group of remarkable people. Singam unites the dynamic twins Vel and Vasu, the unpredictable Aarusaamy, the unstoppable Aarumugam, the distinguished gentleman Chelladurai and the quick-witted Bharaniputhiran. The heroes set out to take on the evil forces in hazmat suits carrying a 'H-symbol' on their chest, as a tribute to you know who, and in this universe, H stands for hope! While Vasu takes the eagles-eye view in all the battlegrounds and instructs the heroes, Vel sinks his sickle into enemies. Chelladurai and Barani calm civilians down, while Saamy and Singam do what they do best: Turn into vicious beasts of violence. Towards the end, Singam unleashes all his pent-up love for punchline: “Sethum thiruntha maateenga la? Varundha maateengala? Apo neenga indha ulagaththukku, porundha maateenga ve!” A group of rowdies reel under the punchline and the consequent punch. “Kooda nikka, ovvoruthanum en sodham ve! Umm nu oru varthai sonna podhum ooru theriyama alichiduvanga!”

As Singam finishes his dialogue, Saamy plants a bio-explosive, laced with an antidote for the resurrection serum, and after escorting the other heroes to safety, leans out of the escape vehicle, and tells the sinister six: "Naan porakkara appove aaru paer-a konnavan nu solli iruken... Appavum bayam varala la?" He presses the trigger.

As the end credits roll, we learn that Vasu and Chelladurai help a team of doctors find a medicine for coronavirus. An elated Vel breaks into "Indha ooril epavume kettadhe nadakadhu da!" as people throw away their masks in the air.