COVID-19 blues: Checkout these stand-up comedy specials that will lift your spirits

Here are a bunch of recent Indian standups whose strength lies in how relatable they are, and this, of course, doesn’t take away from how funny they are too

"Humanity has unquestionably one really effective weapon—laughter. Against the assault of laughter nothing can stand,” said Mark Twain.

A century later, this holds true, particularly in these present times of disease and strife. Perhaps that’s why the OTT scene is exploding with standup content now more than ever.

Here are a bunch of recent Indian standups whose strength lies in how relatable they are, and this, of course, doesn’t take away from how funny they are too. Watch them; laugh away your lockdown blues.

Naveen Richard’s biggest strength is his body language and animated expressions, and his latest special Relatively Relatable uses these to the fullest.

The comedian, who recently co-wrote the second season of Pushpavalli and also starred in it, sticks to jokes on everyday occurrences. 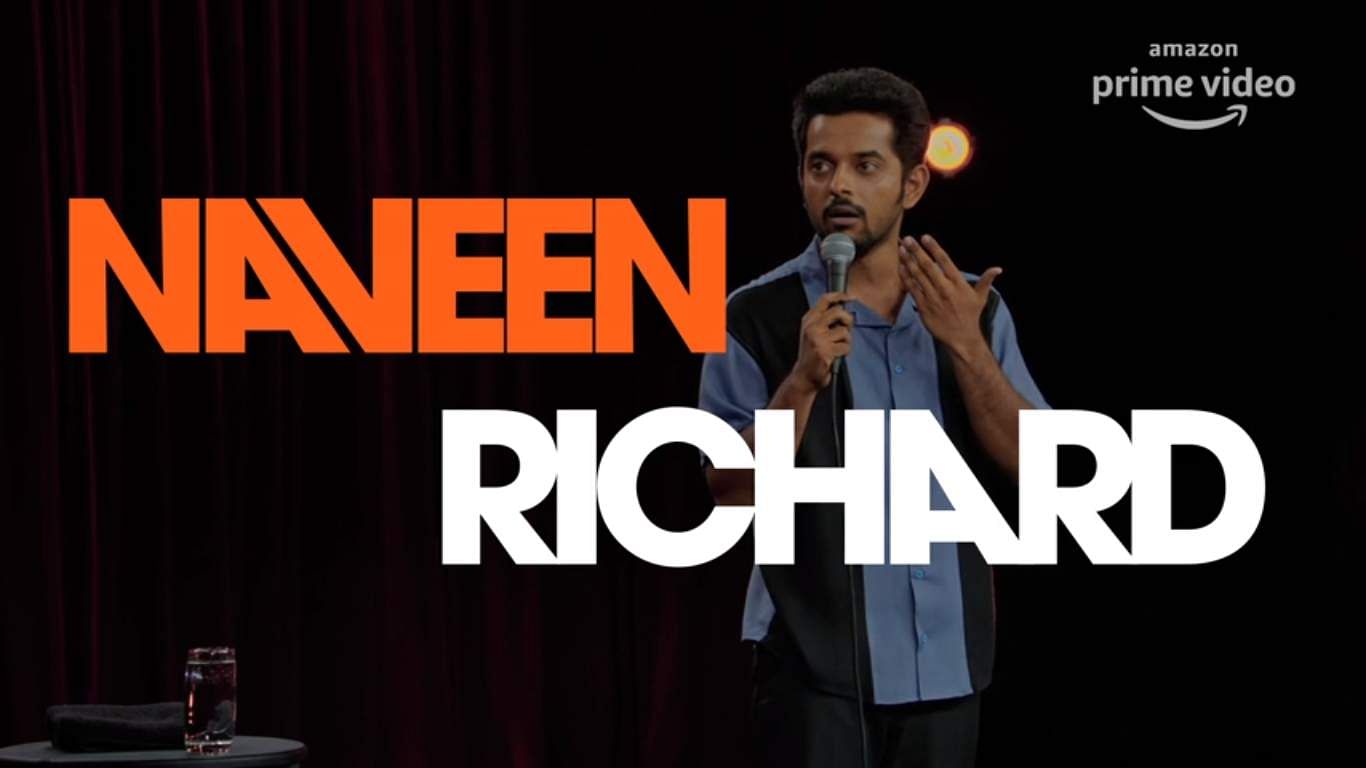 With empathy being the underlying theme of his set, Richard jokes about friendship and school memories, staying away from political topics.

He talks about even the absurd, like how his cupboard could be a meeting point for drug-dealing cockroaches and how he would date a girl called Roachini if he were to befriend one of the insects.

The act reaches a high when he talks about how some assume Hindi to be our national language and how, as a South Indian, he has trouble with the language.

YouTuber-turned-stand-up-comedian-turned-actor Kanan Gill is a popular name in the Indian stand-up scene.

He has several viral videos on YouTube and has been a part of Amazon Video’s The Improvisers: Something From Nothing and Sketchy Behaviour.

Gill broke his stand-up hiatus with his new show, 'Yours Sincerely, Kanan Gill'.

The show features him going through a letter he had written when he was 15, with a list of goals, as he evaluates his success. He assiduously breaks it down, reading it in his adolescent voice.

Though the Indian stand-up scene is quite crowded, not everyone can boast a resume as densely packed as Vir Das.

His latest special, For India, is his love letter to the country. This is different from his previous shows from the get-go. He ditches the typical stage set-up for a bright peacock-blue door and a set of stairs. 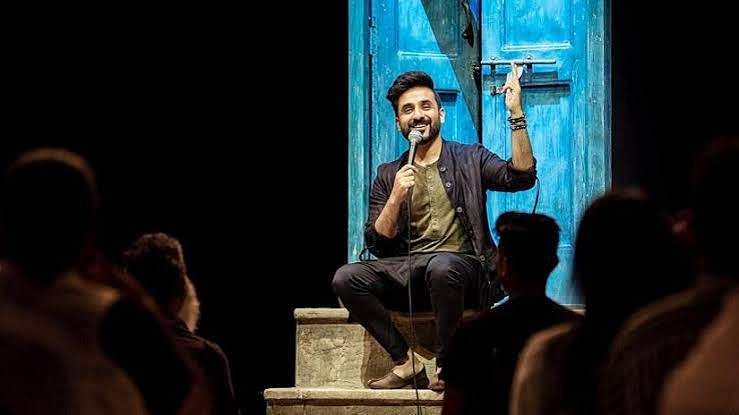 There are jokes about Jallianwala Bagh, the National Anthem, Vasco Da Gama, Jinnah, Gandhi and others.

But this doesn’t stop him from talking about the minute topics that stir up nostalgia, making a case for why he’s perhaps our best when it comes to representing India on a global circuit.

Mr Family Man is made in Tamil and is the first regional language special on an OTT giant, and when you see it, you understand why.

There are subtitles to the one-hour autobiographical show. It’s a funny documentation of a regular middle-class man and his very middle-class problems. 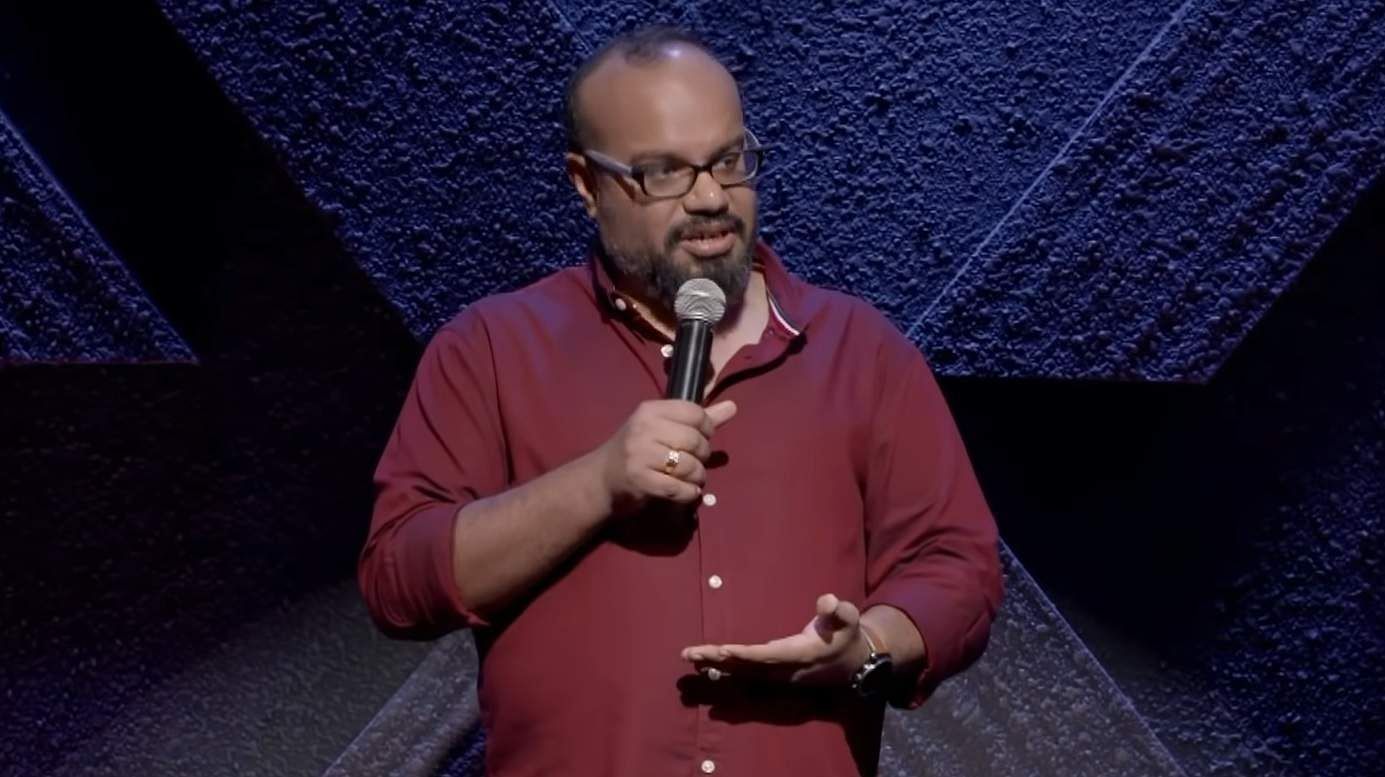 But instead of sticking to clichés, Kumar picks inventive content and delivers it with terrific timing. Notable qualities of his set are a reluctance to engage with controversial material, and a tendency for self-deprecation.

He covers shopping with the other half, gated-community activities, restaurant woes, and much more, in a set defined by its wordplay.

Kenny Sebastian's The Most Interesting Person In The Room

If someone were to write a thesis on the evolution of stand-up culture in our country, good luck not mentioning Kenny Sebastian. 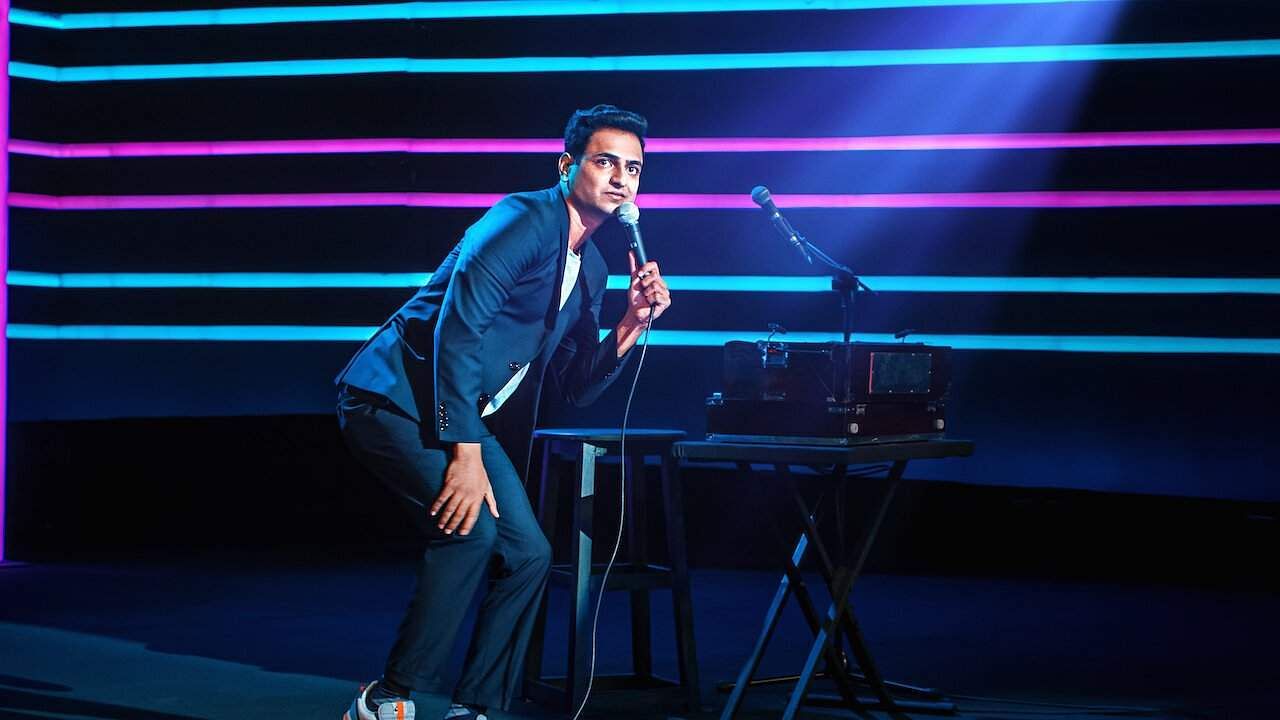 This YouTuber-turned-stand-up artist’s latest special, The Most Interesting Person in the Room, reminds us how he has stayed consistent with his brand of humour.

Coming-of-age comedy is not just a lovely film genre but also a brilliant trope for stand-up comedy and that’s exactly the theme of Bhargav Ramakrishnan aka Baggy’s Kungfu Bonda.

A well-known name in the South Indian stand-up comedy community, Baggy’s experience is evident in this show which came out right in the middle of the lockdown. As someone who recently crossed the age of 30, Baggy talks about how he endured his early mid-life crisis. 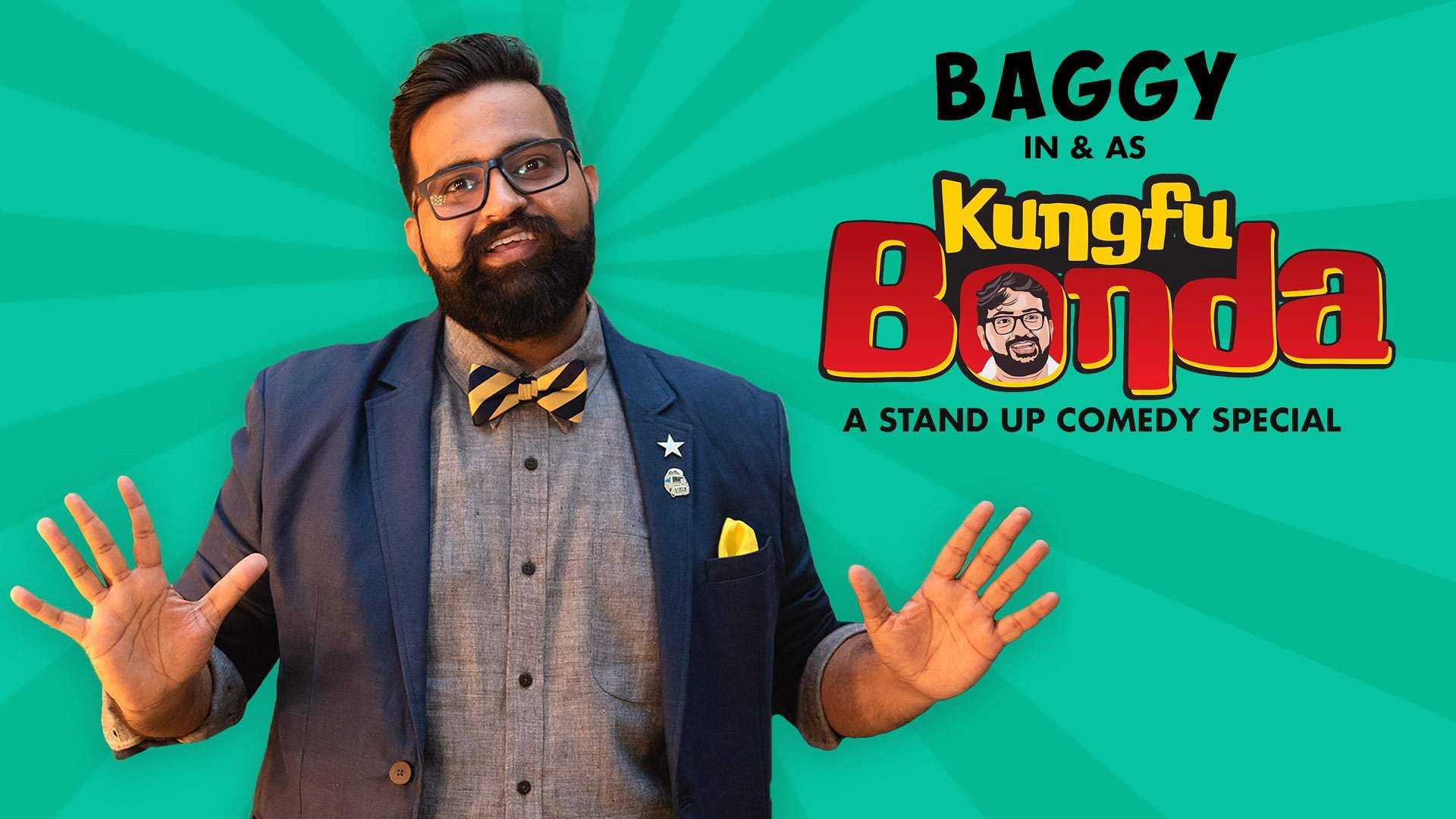 Sporting a pancha kacham with a blazer and bowtie, the comedian explains his journey from being a kid who fooled around with his family, to discussing his life with his astute girlfriend (now his wife).

The show is a sketch that ticks off all the boxes one would expect from a desi comedian.

The sheer spectrum of themes he handles, from ostriches and cheetahs, to harmonium and guitar, and even chappals, has allowed him the leeway to be wacky and eccentric. His show has a vulnerability and an unrehearsed appeal that makes it a lovely watch.