Enable Javscript for better performance
Gearing up for Detective Pikachu? Here's what you should know about the world of Pokémon- Cinema express
ADVERTISEMENT

Gearing up for Detective Pikachu? Here's what you should know about the world of Pokémon

With Pokémon: Detective Pikachu releasing this Friday, we take a look at this beloved franchise and what we hope the film will have in store for fans

Even if you should be clueless about the world of Pokémon, chances are that you would have lingered, at least once, on one of its thousand-odd anime episodes while switching channels. If you are a 90s kid, your day would have likely begun with your television blaring, 'I wanna be the very best' — the famous theme song of the series. What started as a video game for the iconic Game Boy console, has since become a household name across the globe, and expanded into an anime series, toy brand, books, manga comics, music and merchandise. And now, finally, we have the first live-action/animated film in the franchise. Japanese video-game designer Satoshi Tajiri was a fan of collecting insects as a child and the idea of Pokémon stemmed out of that. In this world, fictional creatures called Pokémon are caught and trained by humans, known as Pokémon Trainers, to be used to battle other trainers. Each Pokémon belongs to a type which is an elemental attribute that determines its strength and weakness. Common ones are fire, water, grass, electric, bug, rock and ghost. Pokémon can learn a wide variety of moves that can inflict decisive damage on their opponents.

While the overall dynamics differ from the video games to the series, the story is largely about the life of a trainer who begins with a starter Pokémon given by that region's Pokémon Professor. The objective is to travel the world, catching and evolving Pokémons on the way, defeating other trainers in random faceoffs or official battles with respective Gym Leaders of every town's Pokémon Gym.

The series, which made the franchise famous outside Japan, follows the trials and tribulations of a trainer named Ash Ketchum. The 10-year-old, who, thanks to oversleeping, misses the chance to get one among the three Starter Pokémon (Bulbasaur, Charmander and Squirtle), ends up with a Pikachu -- a Pokémon that has become a mascot of sorts for the franchise. While the series shows us how the two became friends over a period of time, won battles, befriended Misty and Brock, all the while thwarting the plans of the evil Team Rocket, the upcoming film, Pokémon: Detective Pikachu, is the story of a former Pokémon trainer who comes into contact with a talking Pikachu (voiced by Ryan Reynolds) and how the two set out to solve a mystery. With the film releasing this Friday, apart from the pivotal anime characters, battles and different types of Poké Balls, here are some things die-hard fans wish to see in Pokémon: Detective Pikachu: 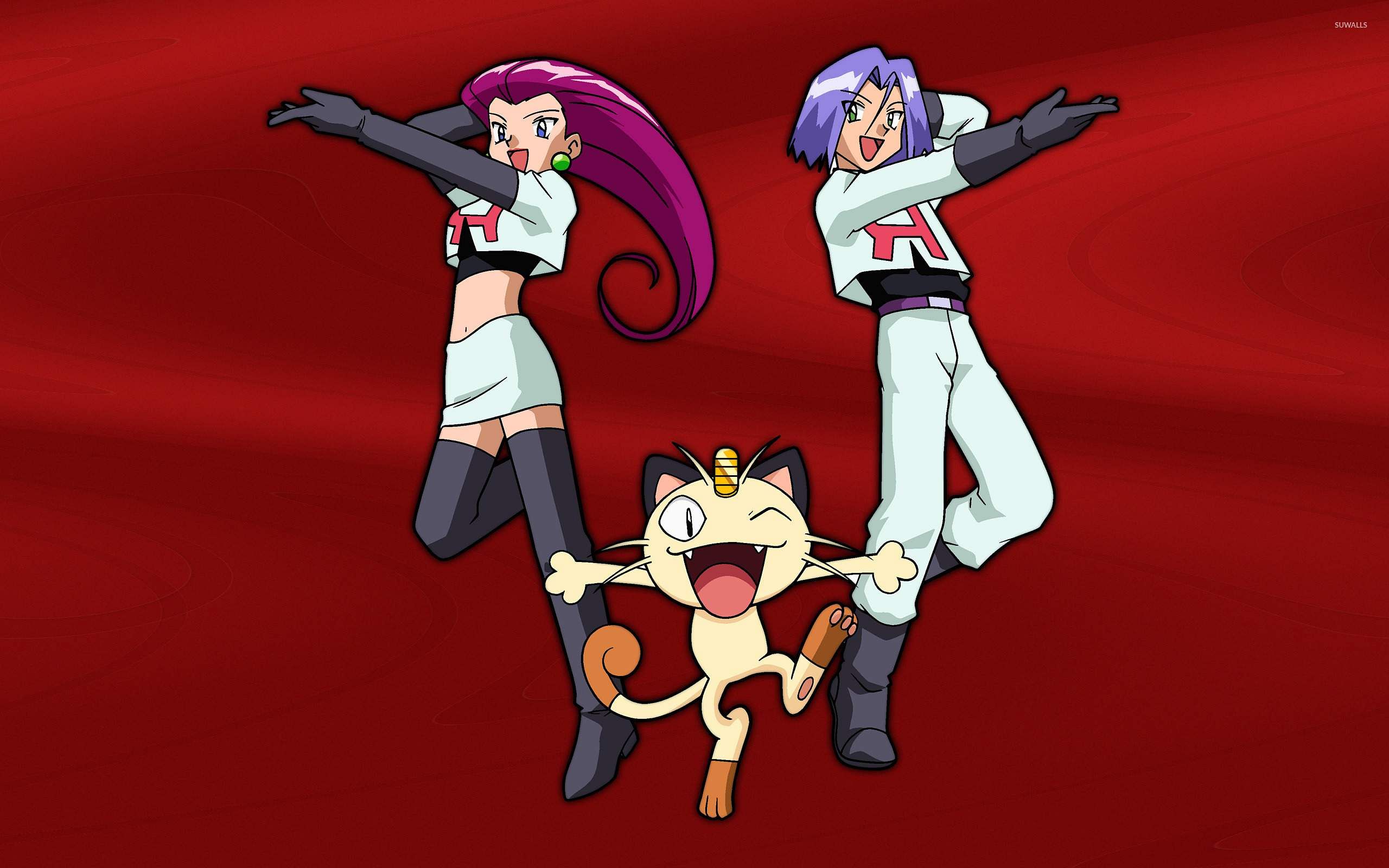 Though the franchise has its set of criminal organisations, the most famous (or should I say, infamous) one is Team Rocket consisting of the trio -- Jessie, James, and Meowth. Known for their theatrical entry (“Prepare for trouble and make it double”), their only job is to steal Ash's Pikachu and any other rare Pokémon they come across. But their plans always get thwarted by Ash and his friends. Team Rocket would be a lovely addition to the film and will surely increase the humour factor. 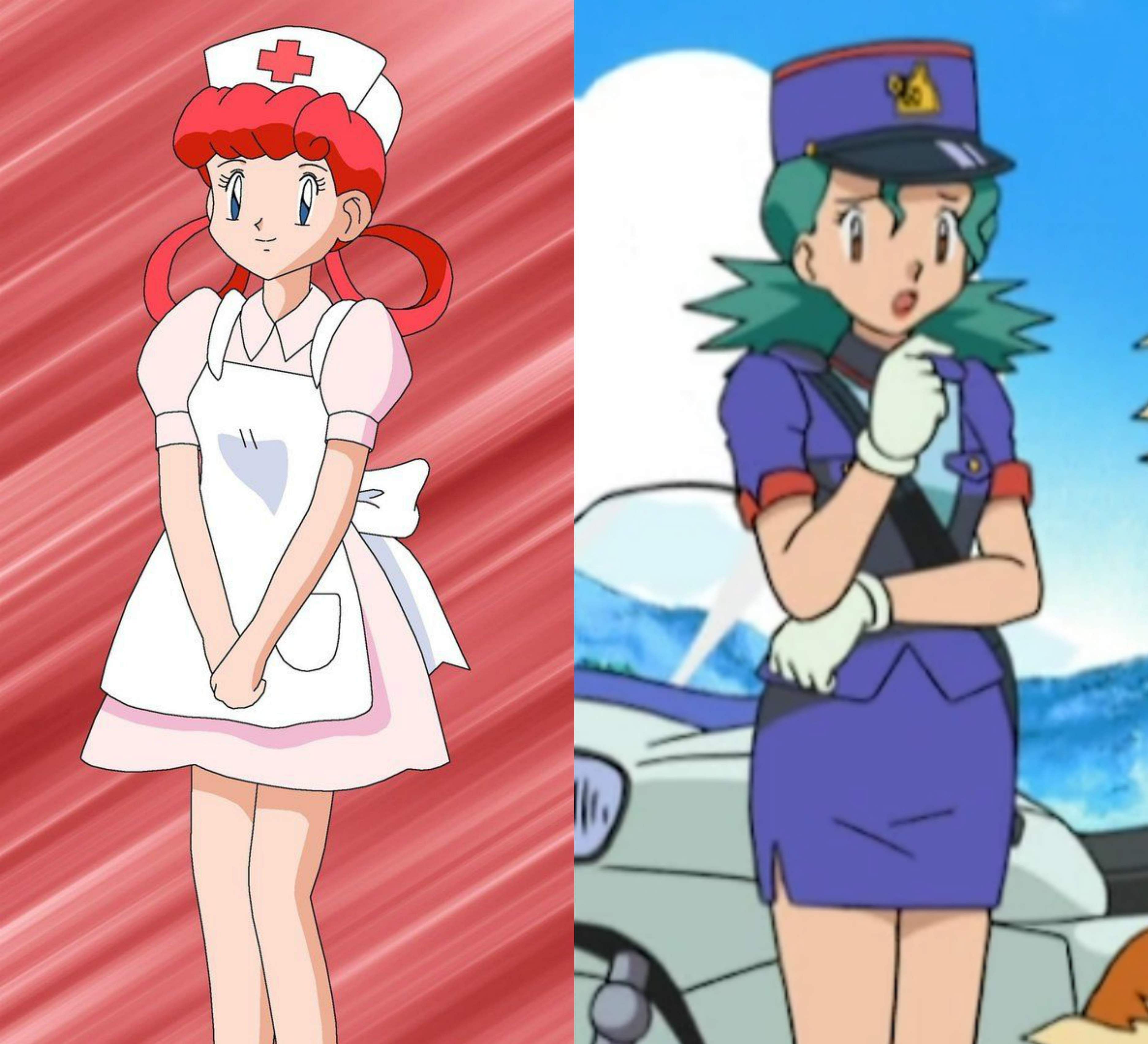 Both Jenny and Joy serve the people. Considering that the film has a detective angle to it and the fact that every town has a Pokémon Center to recuperate the injured Pokémons, chances are high that we will get to see either of these characters. 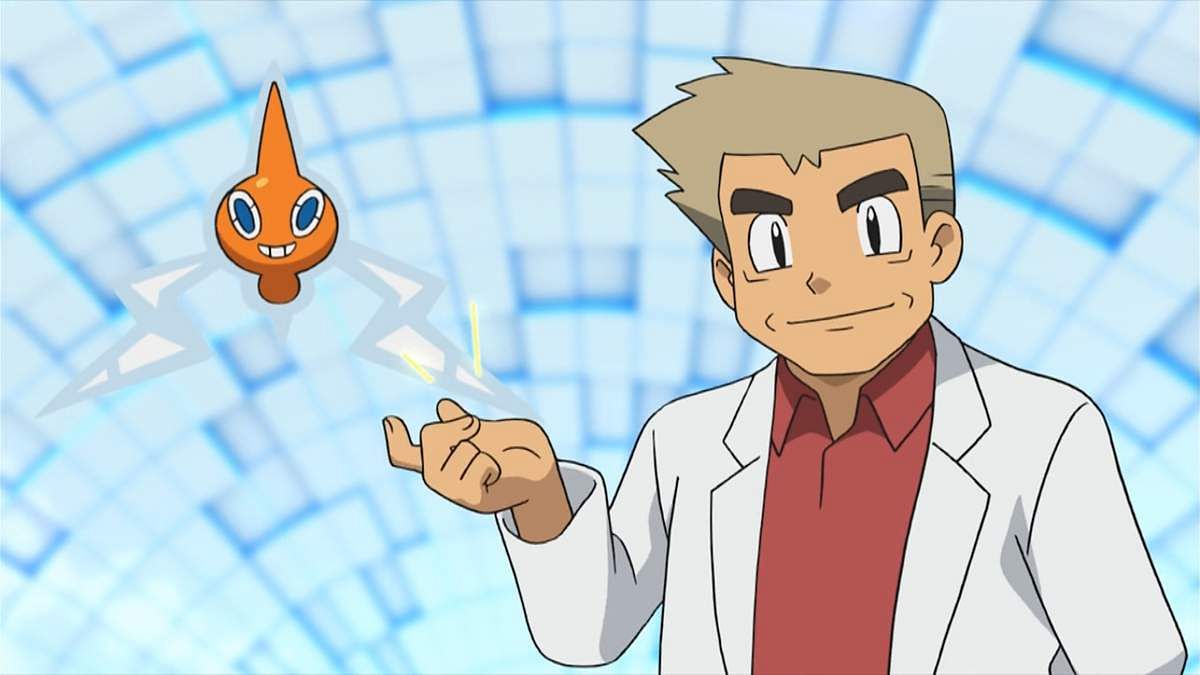 While we are at it, let's not forget Professor Oak, the most famous professor in the Pokémon world. A researcher and a mentor/father figure to Ash in the series, Oak solves queries regarding Pokémon. Considering Pikachu is the star of the film and Oak is the one who gave a Pikachu to Ash in the series, it would be a lovely touch to see the grey-haired lab coat-wearing genius. Moreover, we already know that, in the film, Tim Goodman (played by Justice Smith) is a former Pokémon trainer. What if he were mentored by Oak himself? An ‘evolution’ in the Pokémon world means the transformation of a Pokémon into a larger, more powerful being. While this usually happens owing to increased battle experience, another mode of transformation named Mega Evolution lets Pokémon stats go off the charts. Unlike normal evolution, Mega Evolution makes for a visual treat. 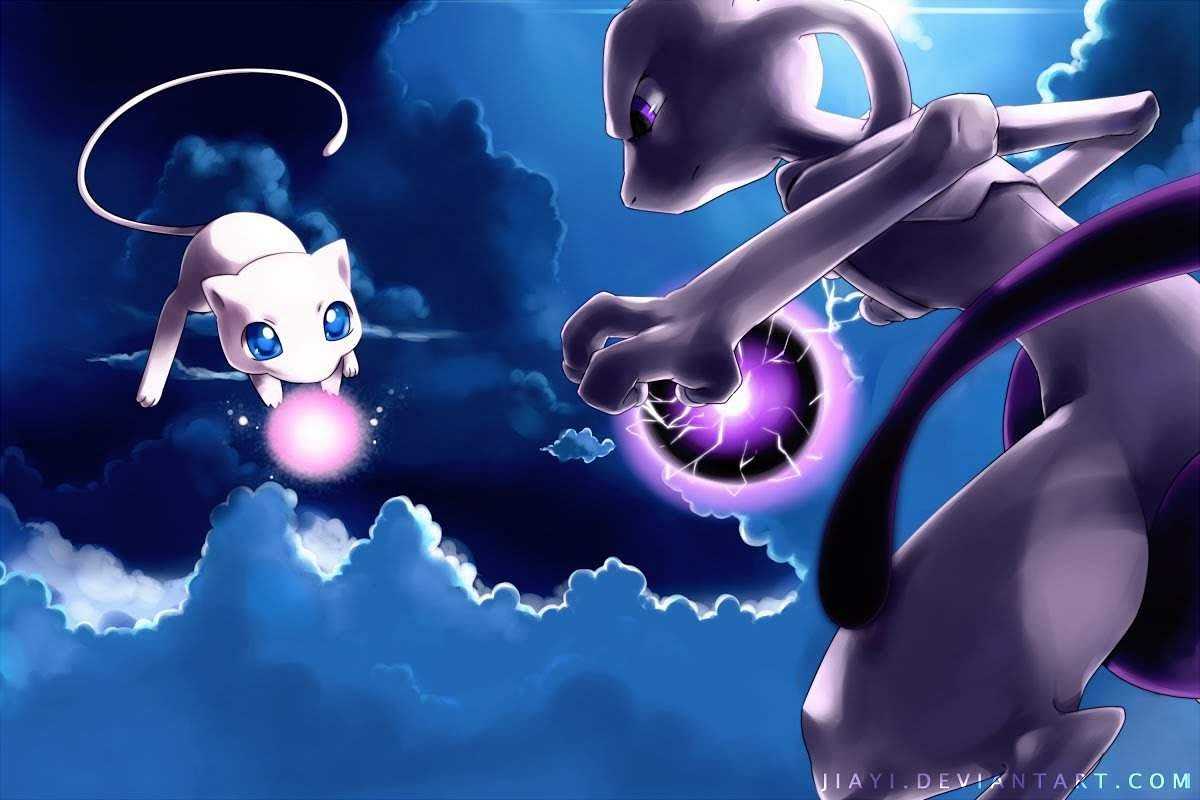 The recent trailer showed us Mewtwo — the infamous man-made Pokémon — flying through a huge Pikachu balloon. While we are unsure which side he’s on, considering he's made from the genes of the mythical Pokémon Mew, we would nevertheless love to see the pink creature on the big screen. With the combined DNA of all existing Pokémon species, Mew is considered to be the most powerful Pokémon out there. Watching it help Pikachu should be quite a treat. Even if we should not get to see a Mew, we deserve to see at least one among the 40+ Legendary Pokémon. Each of the 21 animated films so far have featured an appearance from at least one of these creatures. Be it Lugia, Rayquaza, Entei or Xerneas, these Pokémon know how to make an entrance and having one of them in the film is sure to make the fans go wild. 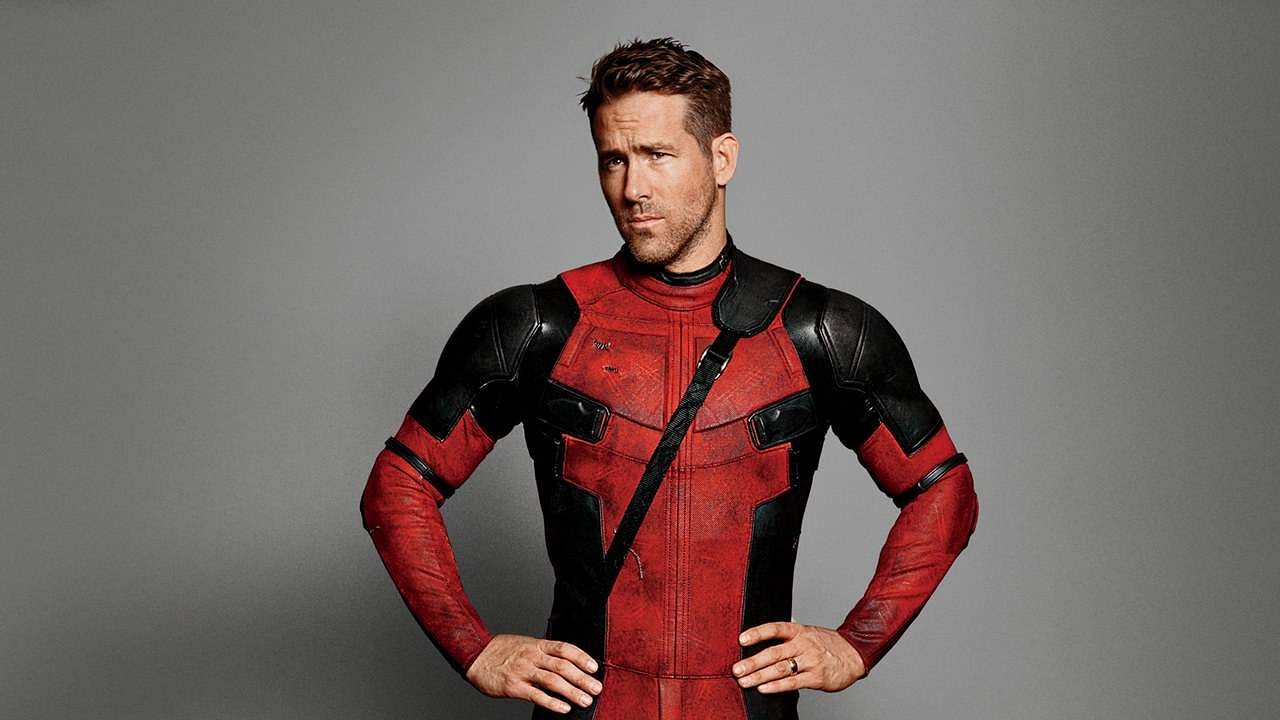 We know that Ryan Reynolds, who voiced the merc with a mouth in the Deadpool films, is lending his voice for Pikachu. Fans of both franchises are then keen to spot a Deadpool reference in the film. Even if the superhero appearing on screen is a bit too much to ask for, a mere mention of him would satisfy geeks, like yours truly.