Enable Javscript for better performance
Bollywood in 2020: Sequels, reboots and remakes to be excited for- Cinema express
ADVERTISEMENT

Bollywood in 2020: Sequels, reboots and remakes to be excited for

From Bhool Bhulaiyaa 2 to Coolie No.1, here are ten sequels and reboots coming up in Bollywood in 2020

This new year, brace up for a blizzard of nostalgia. A bunch of remakes, reboots, and sequels will hold sway in Hindi cinema in 2020. Several of them are based on well-loved comedies from past decades, rejigged with new faces and (hopefully) fresh plots. Throwbacks, remixes, and cameos will likely dominate, and it will be interesting to see filmmakers like David Dhawan and Priyadarshan (returning to Bollywood with Hungama 2) pay lavish self-tribute. As we sort out our film calendars for the coming months, here are 10 Hindi film retreads to be excited for — 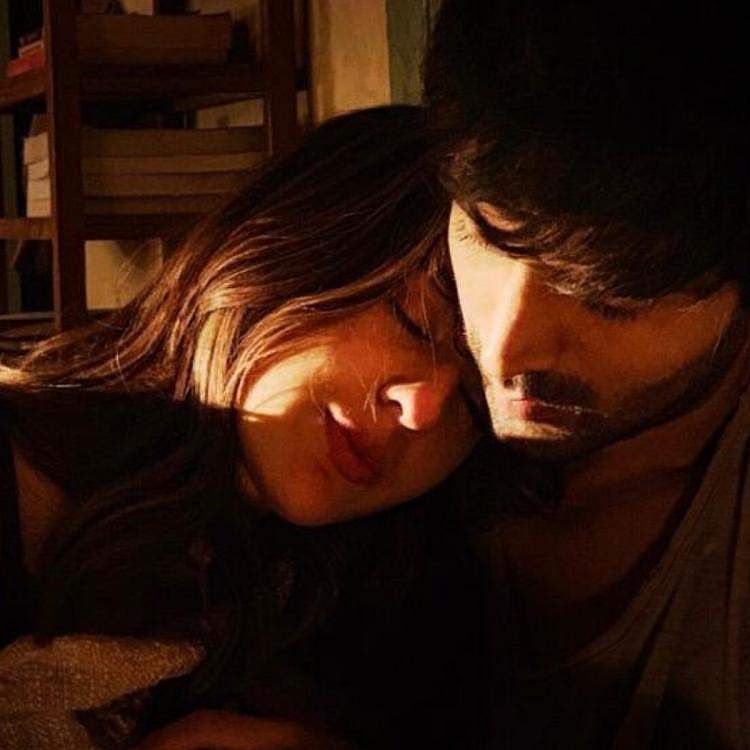 Love Aaj Kal (2009), Imtiaz Ali’s time-twisty tale about two couples across ages, was a hit in the noughties. His upcoming romance starring Kartik Aaryan and Sara Ali Khan is said to be a sequel, supposedly titled Aaj Kal. Plot details are scant, with Randeep Hooda playing a pivotal character in the fold. The highlight, of course, remains Sara, stepping into a world previously graced by her father Saif Ali Khan. Her pairing with Kartik has been cheered by fans, who are counting on the rumoured off-screen couple to recreate the magic of the original. 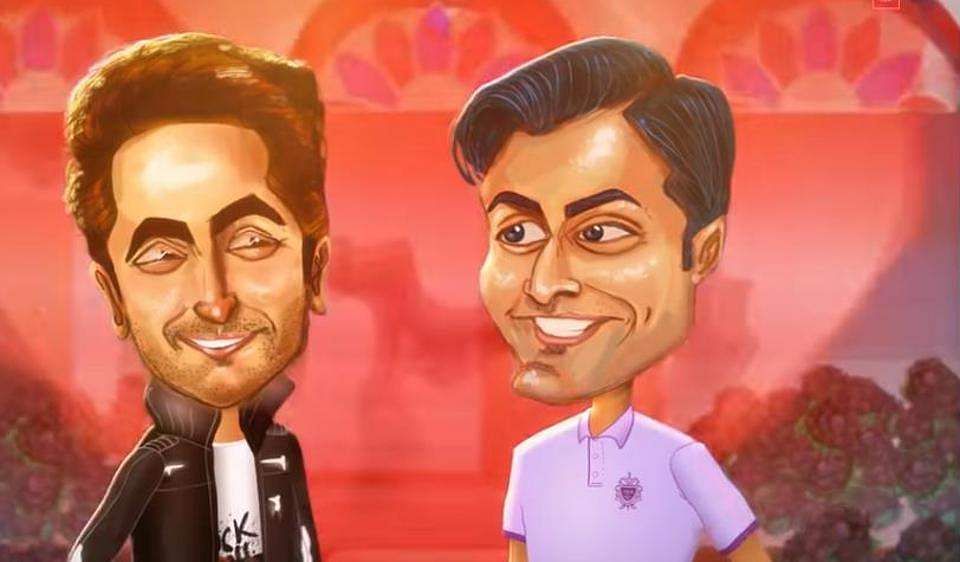 Trust Ayushmann Khurrana to steer his brand of social comedies in new directions. In 2017, he starred in Shubh Mangal Saavdhan, a film about a newly-married man with performance anxiety and erectile dysfunction. Shubh Mangal Zyada Saavdhan, directed by Hitesh Kewalya, centres on a gay couple in small-town India. Mainstream Hindi cinema is finally opening up to queer stories (we had the Sonam Kapoor-starrer Ek Ladki Ko Dekha Toh Aisa Laga last year), so an Ayushmann film in the space is certainly welcome. He’s got the super-talented Jitendra Kumar beside him, as well as Badhaai Ho alums Neena Gupta and Gajraj Rao. 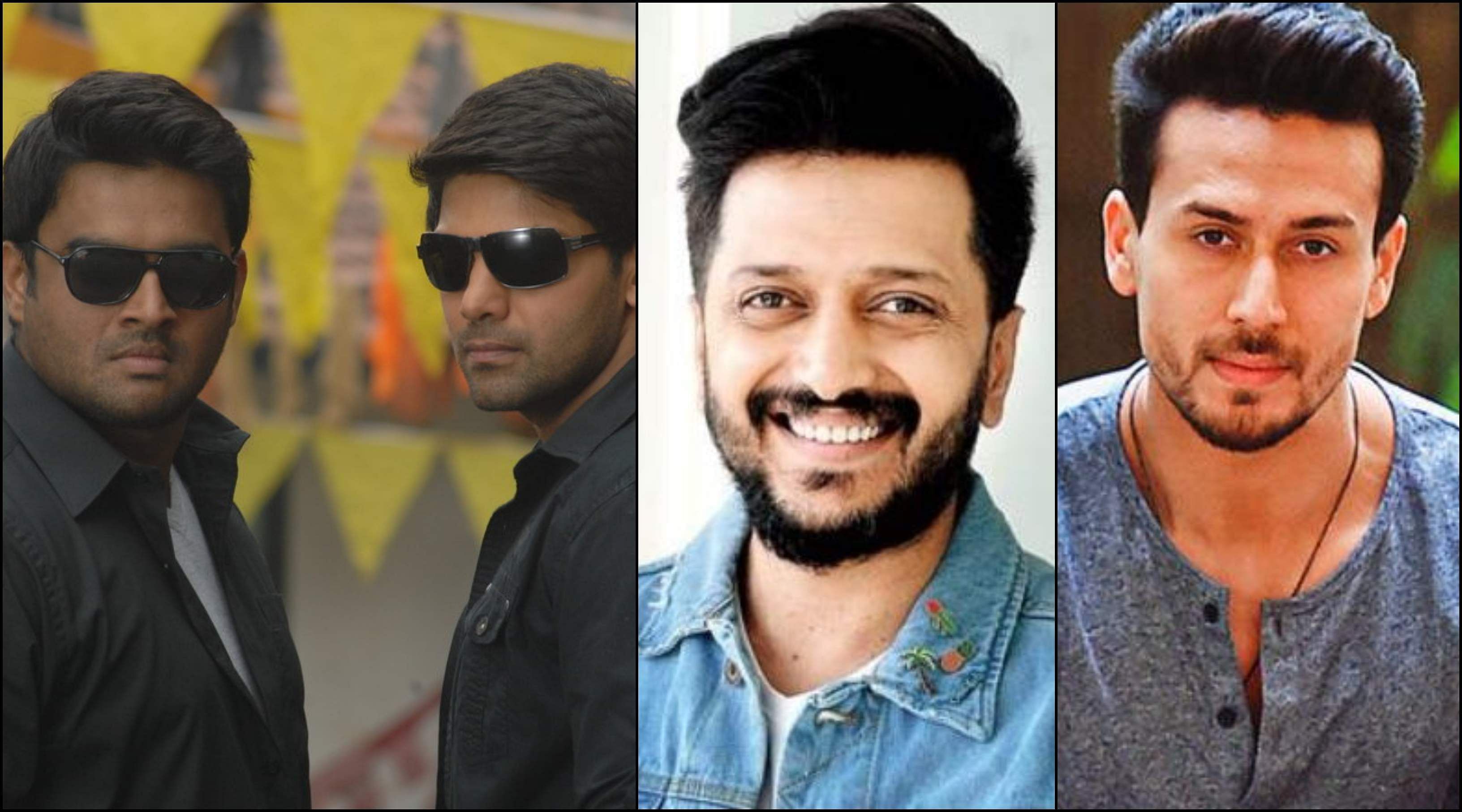 Tiger Shroff’s Baaghi franchise has been a consistent performer at the box-office. The threequel, directed by Ahmed Khan, is reportedly a remake of the Tamil hit Vettai. Besides Tiger, the action epic stars Ritiesh Deshmukh, Shraddha Kapoor, Vijay Varma and Ankita Lokhande. The film was shot in Morocco, Egypt, Serbia, Turkey and Mumbai. Tiger has collaborated on the film’s action design, combining elements of Kung Fu, Krav Maga and Muay Thai. According to the makers, he’ll be seen defending a desert city in the climax. 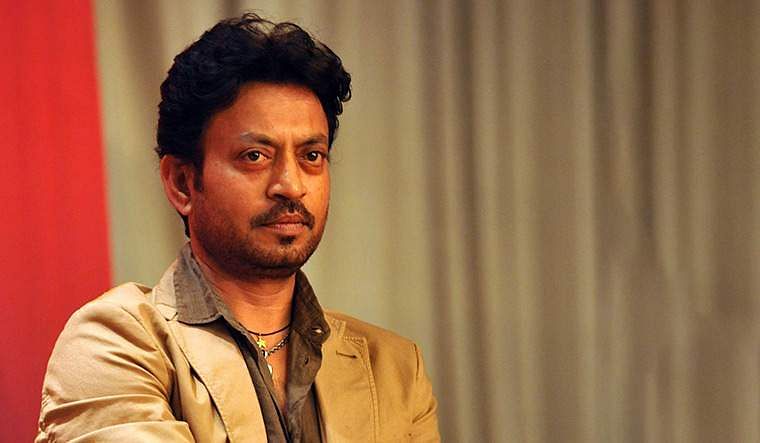 Irrfan Khan returns to Hindi cinema with a spin-off of Hindi Medium, the massive 2017 hit about the faultlines of the Indian education system. The new film, which focuses on foreign education, was shot in Rajasthan and London. Kareena Kapoor Khan and Radhika Madan have joined the cast, with the former playing the role of a cop. Producer Dinesh Vijan has stated that the character will recur in future iterations, hinting at plans of an extended franchise. The new entry also marks the directorial return of Homi Adajania, five years after the oddly captivating Finding Fanny. 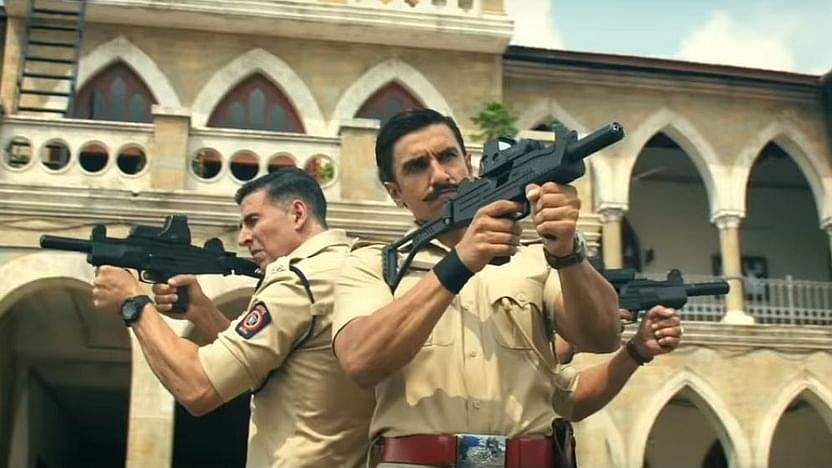 This is the fourth installment in Rohit Shetty’s police universe. The film stars Akshay Kumar as DCP Veer Sooryavanshi, the chief of Mumbai’s Anti-Terrorism Squad. In a teaser, we got a glimpse of the film’s climax, assembling cameos by Bajirao Singham (Ajay Devgn) and Sangram ‘Simmba’ Bhalerao (Ranveer Singh). It sure feels like an Endgame moment for Rohit fans, with Hindi cinema getting its first interconnected universe of supercops. Will Sooryavanshi stop the Marvelization of the Indian market? 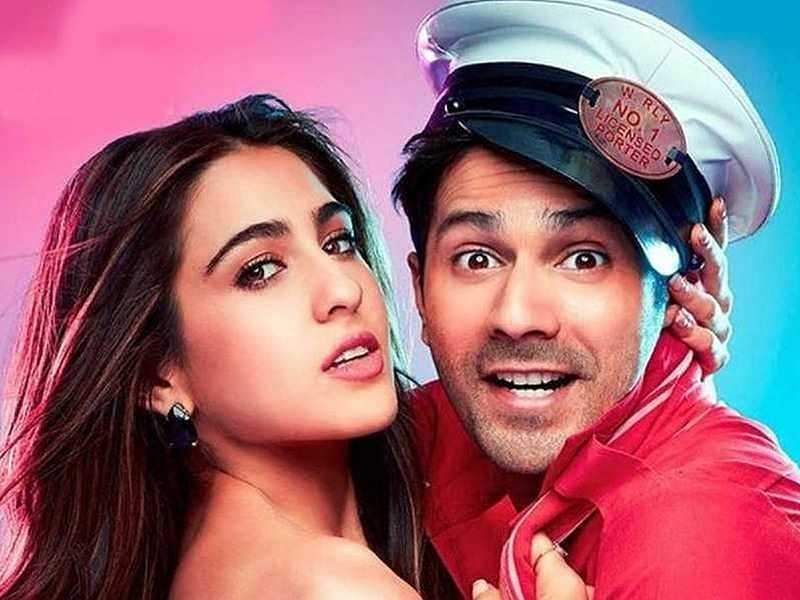 David Dhawan’s 1995 remake of Chinna Mapillai grew a cult in Indian comedy. The film followed a porter (Govinda) who marries a rich girl (Karisma Kapoor) under false pretenses. The filmmaker returns to the farce once again, this time set in Bangkok and starring his son Varun Dhawan. The duo had attempted something similar with Judwaa 2, and while the formula feels ripe, it will be tough to top the enduring legacy of the source material. There’s help though — Sara Ali Khan as the female lead and Paresh Rawal, Rajpal Yadav and Johnny Lever in the supporting cast. 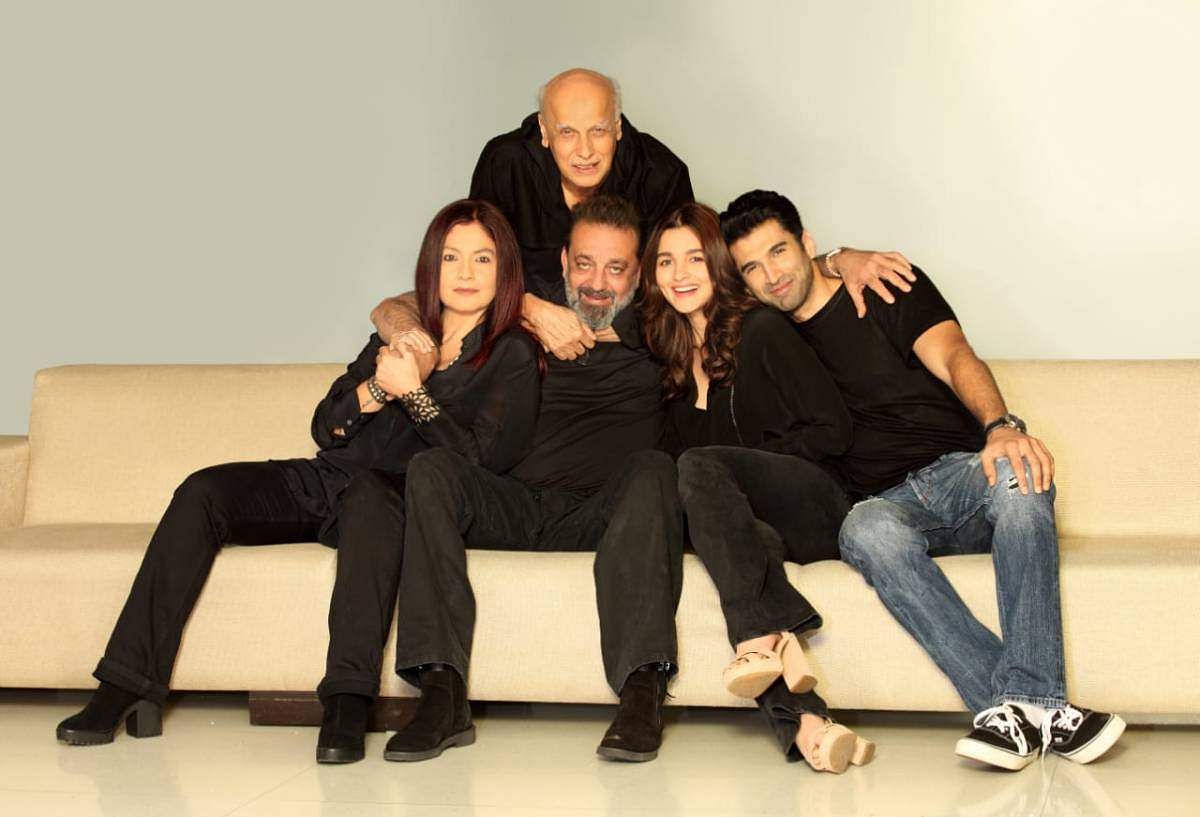 Mahesh Bhatt’s Sadak was the biggest hit of 1991. It paired Sanjay Dutt and Pooja Bhatt in a Taxi Driver-ish romance about an insomniac cabbie and a brothel girl. Mahesh, who hasn’t directed a film in 20 years, returns with a sequel in 2020. Releasing on July 10, Sadak 2 brings back Sanjay and Pooja alongside Alia Bhatt and Aditya Roy Kapur. The plot picks up from the original, with Sanjay’s Ravi battling with depression and assisting a young girl (Alia) expose a fake godman. The great Gulshan Grover is in the cast, though not as the antagonist. 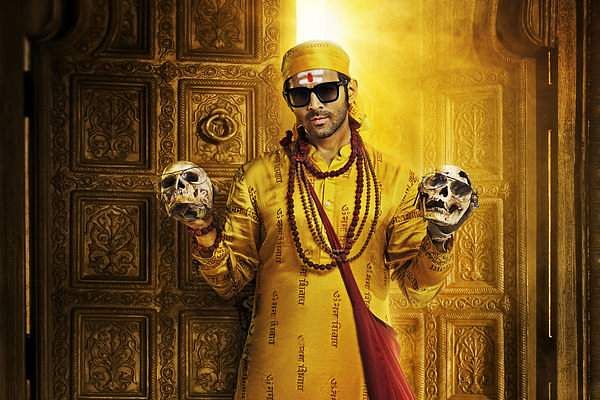 This one’s big. In 2007, Akshay Kumar and Priyadarshan teamed up for a Hindi remake of Manichitrathazhu. The result was a blockbuster horror comedy, a hilarious romp through a Rajasthani palace seemingly haunted by a pirouetting ghost. Despite the popularity of the title, the genre failed to take root up north. It was recently revived though, with the success of Amar Kaushik’s Stree, and several horror comedies are presently in the making. Bhool Bhulaiyaa 2 is directed by Anees Bazmee and stars Kartik Aaryan and Kiara Advani. The script is by Farhad Samji, quite the man for crowd-pleasing chaos. 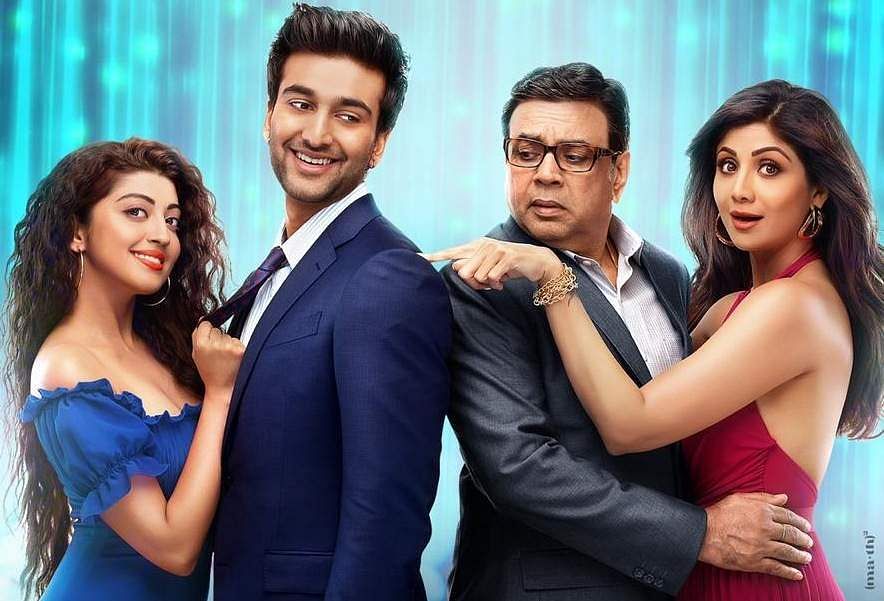 Hindi television has survived the past two decades on Priyadarshan re-runs. The ace director is finally back, parading a reboot of one of his most enduring comedy hits. Hungama 2 stars Meezaan Jaffery, Pranitha Subhash, Paresh Rawal, and Shilpa Shetty Kundra. It’s the filmmaker’s eighteenth collaboration with Paresh, in line with classics like Hera Pheri, Hulchul and Malamaal Weekly. Meezaan, meanwhile, is the son of Jaaved Jaaferi, so his comic talents will be duly tested. 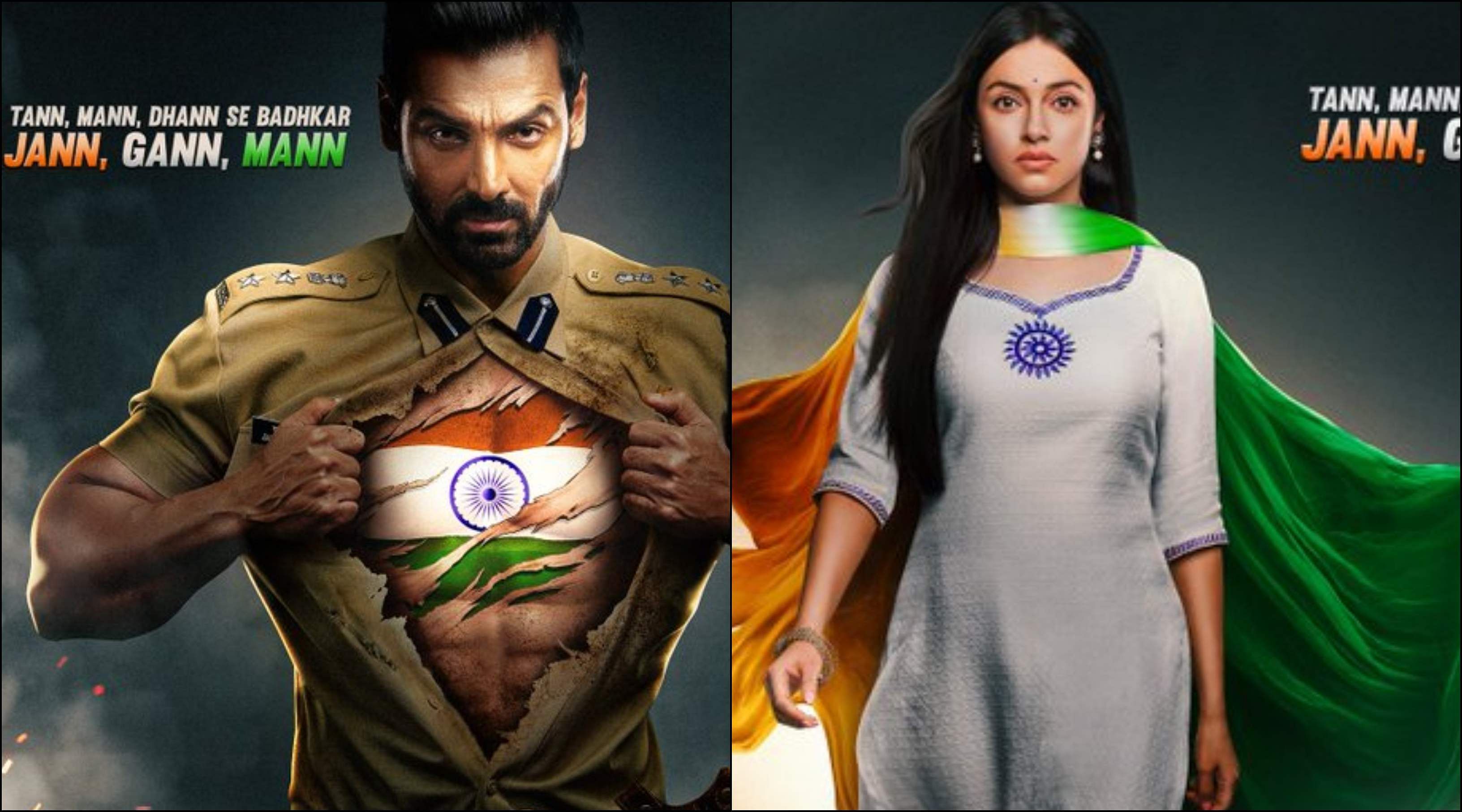 They wouldn’t admit it, but critics adore Milap Zaveri. His 2018 vigilante thriller, Satyameva Jayate, was a trashy throwback to the masala movies of the ‘80s. Relentlessly overt in its displays of patriotism and pyromania, the film pitted John Abraham and Manoj Bajpayee in a plot involving corrupt cops, charcoal paintings, and fragile tyres. Milap has been hyping up the sequel, potentially featuring the ‘strongest’ character he’s ever written for John. You will be well-advised to take that literally.