Sense of a setting

Web series and cinema have introduced us to the most spectacular places around the world. Usually, we remain satisfied at what we see on our televisions and theatre screens. Sometimes though, the places are just so breathtakingly beautiful that the only real way to do justice is to see them in person. Some other times, we connect so much to a story that we want to experience the setting for ourselves, and perhaps, just perhaps, feel like the characters of the story for a brief moment. We talk to six Chennaiites who did exactly this. 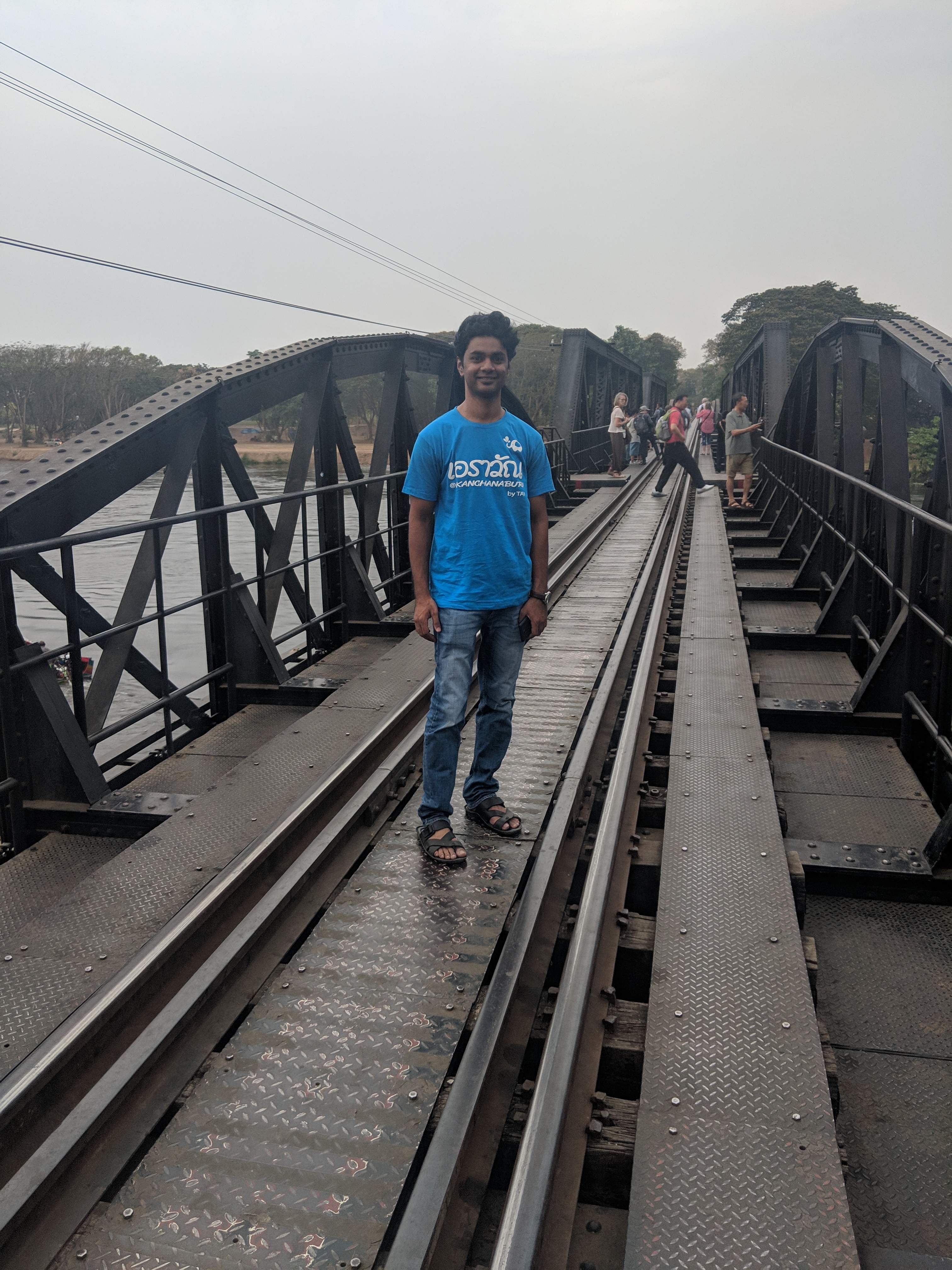 I remember seeing The Bridge on the River Kwai a long time back and have always remained fascinated by what I saw. I had travelled to Bangkok a couple of times, but it never occurred to me to check the place out. When I went there again, I decided to go to Kanchanaburi, a town that is about two hours away from the city by road. Perhaps because this town isn’t too famous, you will find it to be extremely beautiful.

The whole city is built around this bridge featured in the film. It is a part of the railway cutting called Hellfire Pass that is still managed by the Australian government. Myanmar is about 1000 kms away from here. Japanese soldiers are said to have made prisoners of Australian and British soldiers, and had them construct a bridge and the railway line on river Kwai, which the 1957 film faithfully adapted into a story.

I was intrigued that heavy machinery was not employed to construct this bridge; these prisoners built it with their bare hands and basic tools. The ill treatment they soldiers had to go through and the scenes that portray that struggle, ran through my mind when I saw the bridge in person. I visited the war museum nearby which had artefacts, including video clippings and remnants, from the time the bridge was built. Instead of taking a guided tour, I wandered off by myself and walked the length of the bridge, lost in thought. 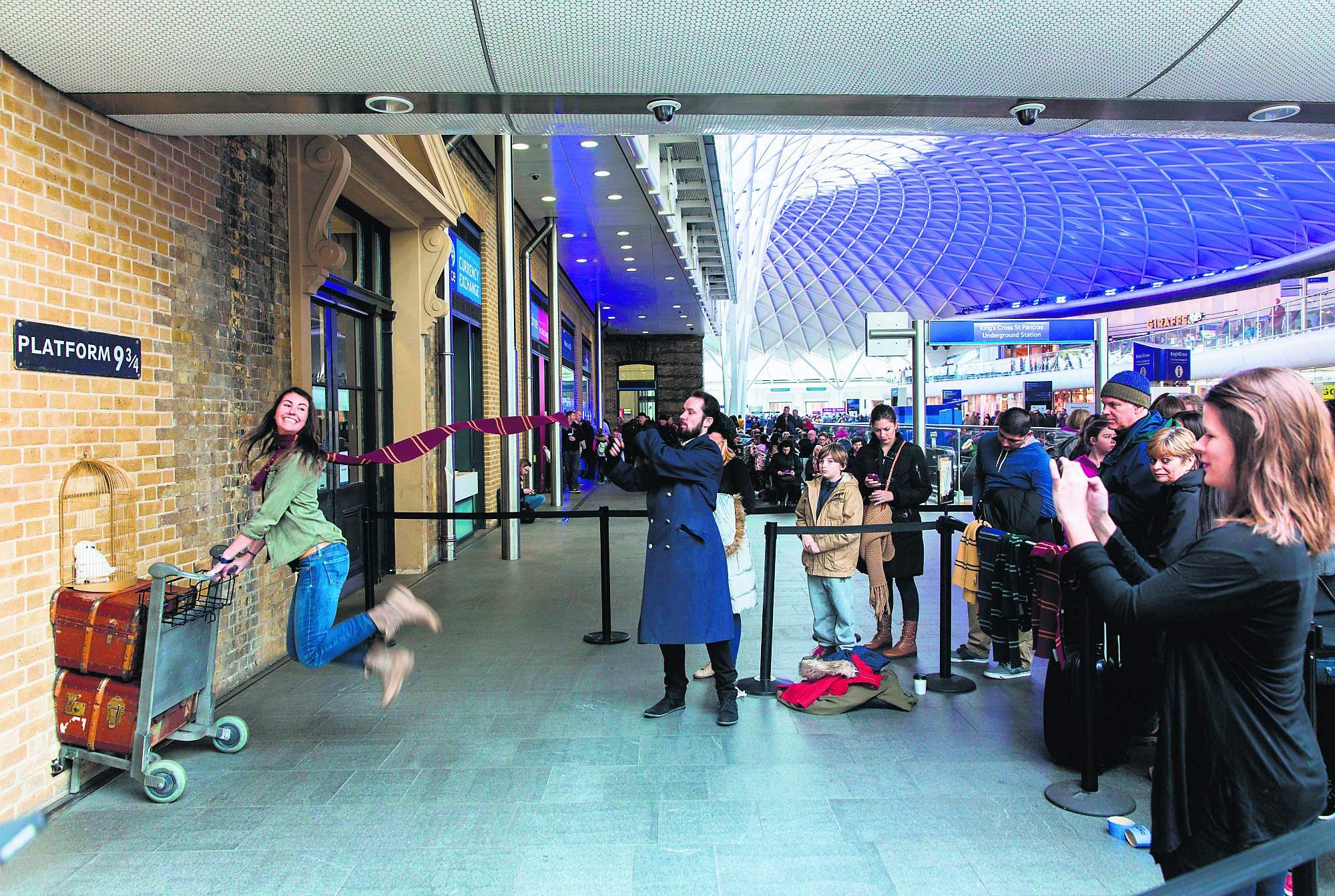 I went there earlier this year. Despite having the option to take a flight between London and Wakefield, I decided to take the train from King’s Cross because… Harry Potter. It didn't take me long to find the place I was looking for. I noticed among the already crowded station that the younger ones were all huddled in a corner. As I walked further, that’s when I saw the sight: A girl holding a trolley with heavy suitcases as if she were going through it. The girl’s scarf was held high by another girl to make it seem like she was flying. The guy next in line stepped in, and on and on it went with the long queue as they all looked to take photos at the famous 9 3/4 platform. As an ardent Harry Potter fan who has read all the books and seen all the films, I did not mind waiting a long time to get a photo. It was a memorable experience. It was great to see so many happy faces in such a bustling station. 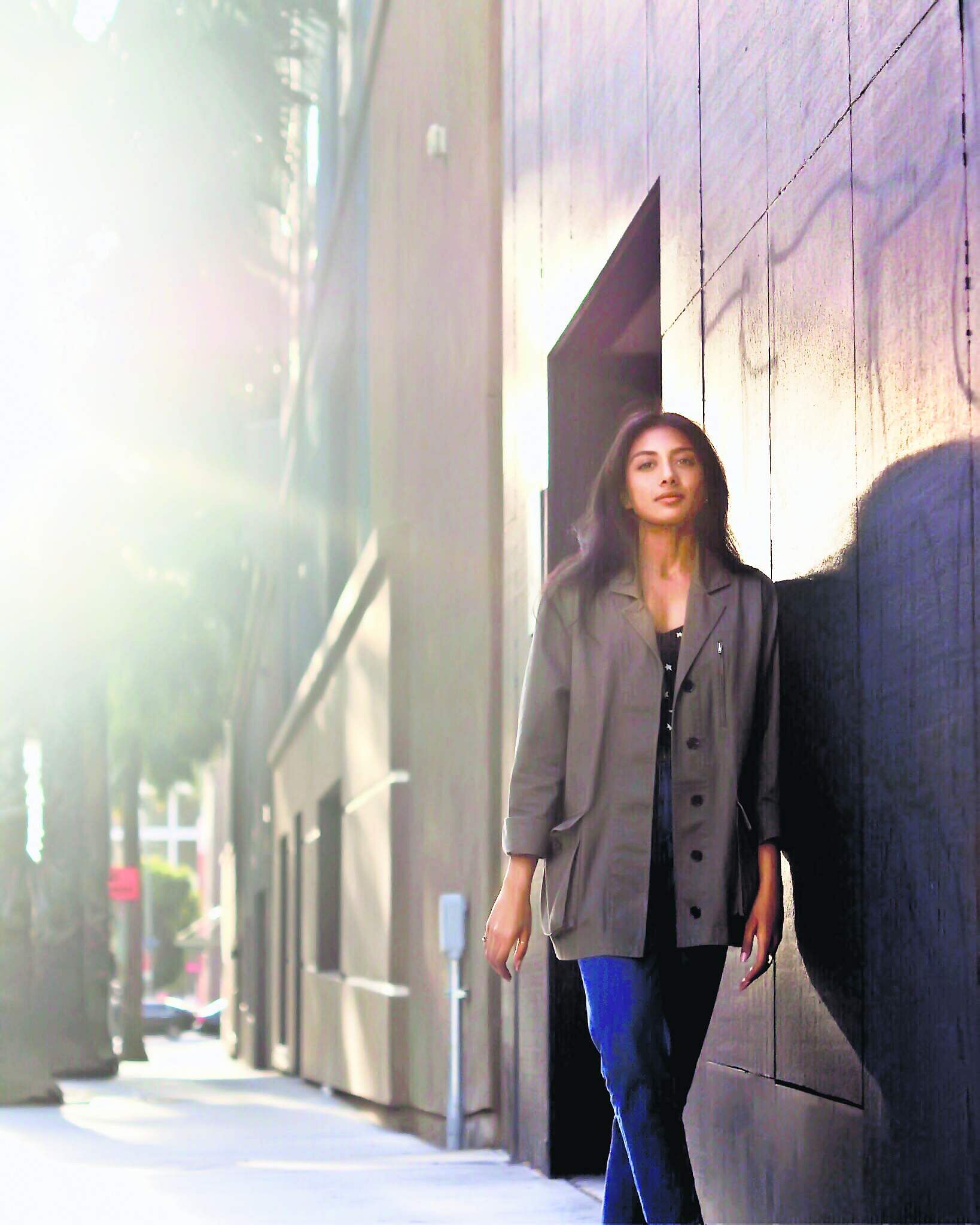 Every fan of F.R.I.E.N.D.S knows that the series was not actually set in New York. Having said that, the exterior shot of the apartment is of a place on 90 Bedford Street, just by the corner of Grove Street in New York. During my recent trip to the city, I was eagerly looking for the building around Bedford Street until I edged a little further and noticed a seemingly quiet congregation of people snapping photographs. That’s when it struck me. I was looking directly at the iconic F.R.I.E.N.D.S apartment. I noticed how beautiful the location of their residence is in reality. Also, the fact that the apartment rests in Greenwich Village reaffirms the much-asked question: How the hell did Monica and gang afford to live here? Monthly rent in this side of Manhattan is close to $3,000 on average. Also, I noticed that there’s no single balcony in the vicinity from which to spy on ‘Ugly Naked Guy’. I was glad to have spotted the building though. I am a huge fan of the Bond films, and have seen all the 24 films in the franchise. So, when my honeymoon was planned for in Thailand, I had made up my mind to check out the Khao Phing Kan island where The Man with the Golden Gun (1974) was shot. Thankfully, I didn't have to go too much out of the way as there are package tours from Phuket. It's a small trip by ferry. The island has a 20-meter tall limestone rock called Ko Ta Pu, and is now known as the James Bond island. In the film, this location served as the backdrop for the hideout of the film's antagonist, Francisco Scaramanga. Seeing the Ko Ta Pu was fascinating, and it is striking how it stands tall among the cliffs. In the film, a large solar plant that doubles as a weapon has its panels on this rock. The sequence where a seaplane goes between two such cliffs and lands on the shore following which Roger Moore walks out, is a memorable one. As is the climactic duel between Roger Moore and Christopher Lee. It feels good to know that my wife and I stood at the same place that once saw two Hollywood's iconic stars stand. 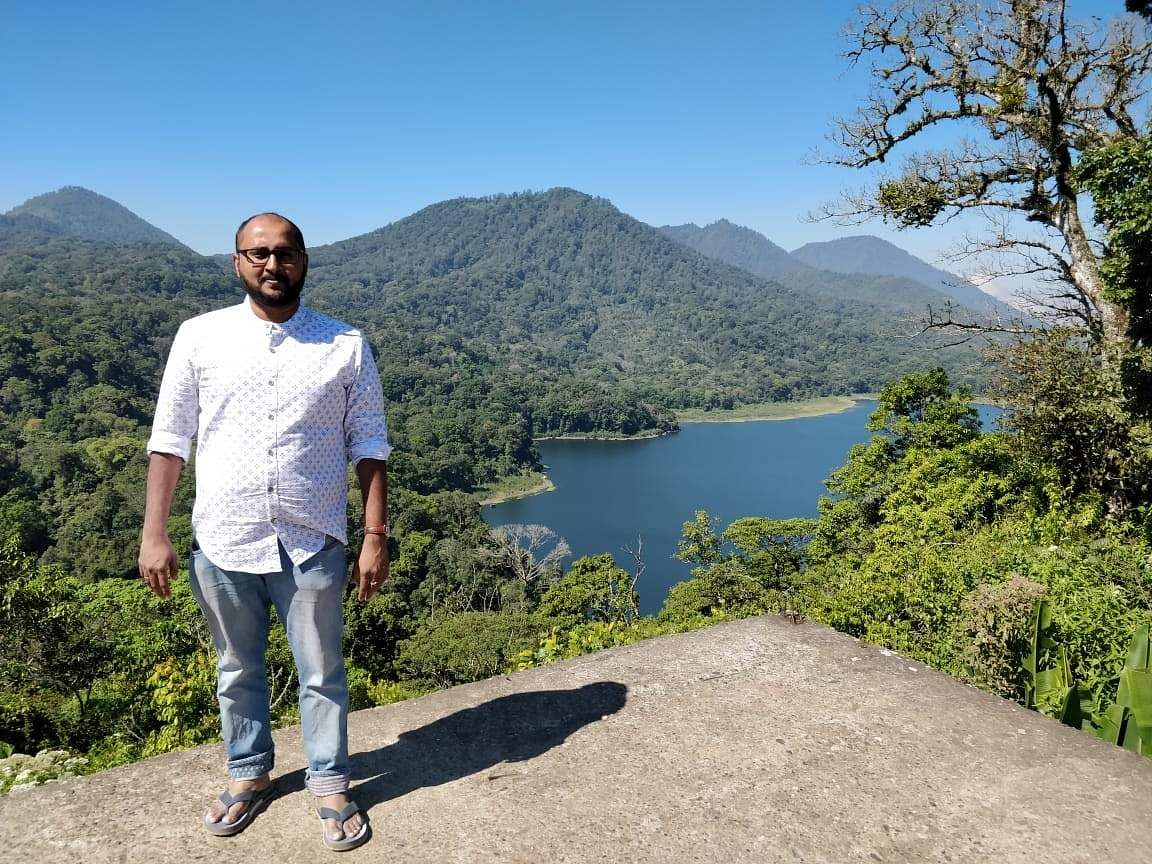 My wife and I are big fans of Julia Roberts's Eat Pray Love and had planned our honeymoon at Bali, so we could visit the shooting locations of the film. Ubud is one of the biggest towns of Bali, and this is where some of the film's best scenes were captured. We were stationed here. As the film came out almost a decade ago, we hardly expected the places to look as they did in the film, but we were in for a surprise. The locations were the same, and looked more beautiful in person. The only things that could match up to the view were the hospitality of the locals and their authentic food. It is only after we went there that we realised that the culture and art that the film captured brilliantly was not exaggerated at all. The Campuhan Ridge Walk, rice terraces, palaces, temples, and of course, the beaches that were shown in the film, were all places we visited. We totally understood why the makers chose Bali as the backdrop. To sum up, I would say that for those who love to eat, pray and love, Bali is the place to go. 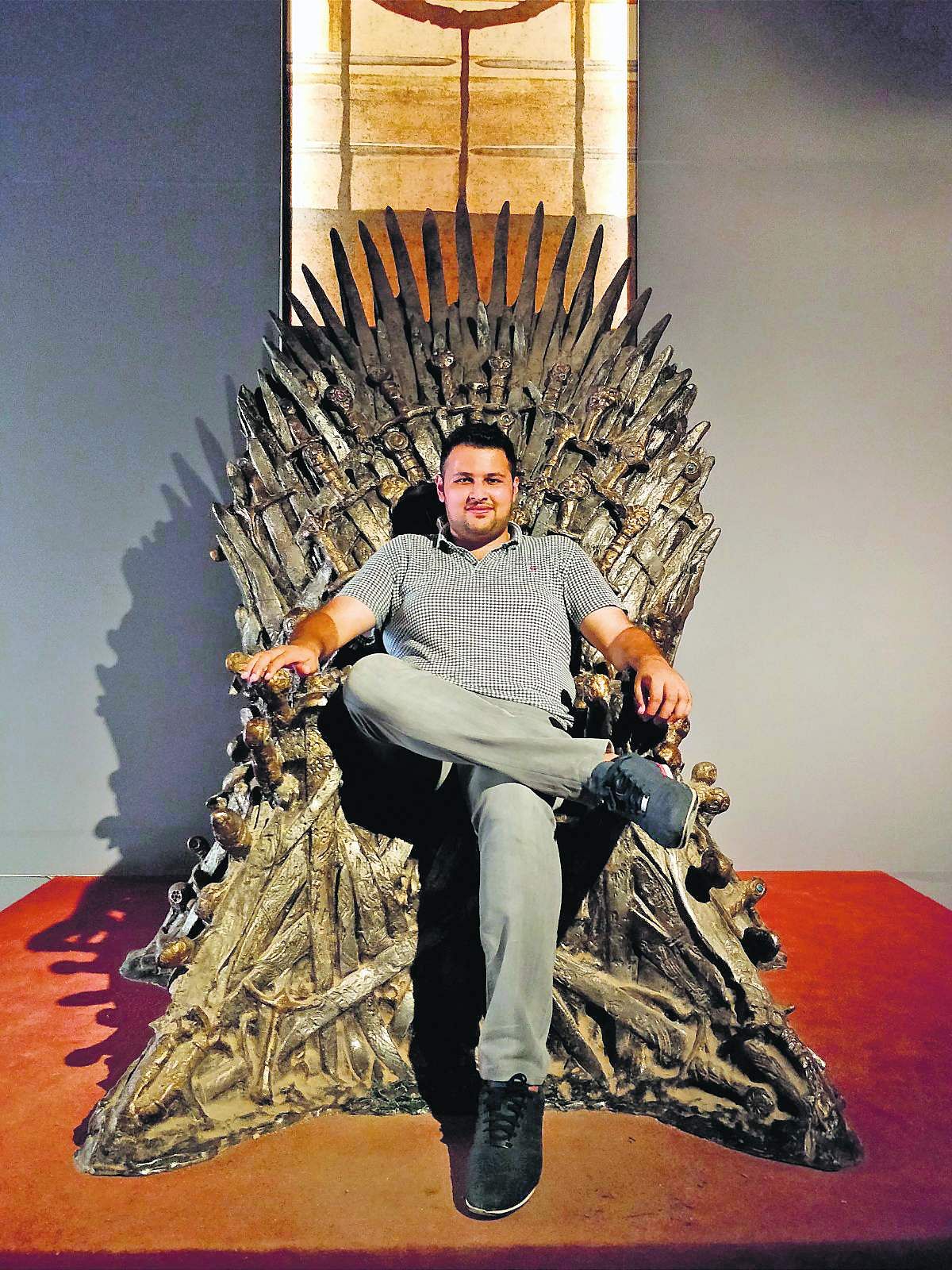 I went to Dubrovnik with a gang of friends because we all love Game of Thrones. The most fascinating thing about GoT is that the sets are real, massive, and quite beautiful. The places they pick have an old-world charm to them, and Dubrovnik is a perfect fit. This is where the scenes set in King's Landing and Qarth were shot, with classical architecture and cobblestone pathways dotting the city. There's so much to see, and there are guided tours to make things easier. The effect of GoT for the place's tourism is so much that many Indians are travelling there only to see these locations in person. If you are a young Indian, locals assume that you are there only for the GoT tour. In fact, they are quite worried that people are not appreciating the location for its actual history.

The pathway through which Cersei does the ‘Walk of Shame’ is a famous location, and if you are standing there, it is impossible not to think of that scene. The guide told us that while that sequence was being shot, the entire pathway was closed for business. The makers apparently paid a huge sum to the shop owners and residents, so they kept their doors and windows closed for an entire week while it was being shot.
I also loved that the medieval buildings are maintained well, and some of those places are marked as a no-vehicle zone. There's now even an iron throne set where fans can sit and take photographs on. It was a surreal experience.