Amitabh Bachchan looks stylish sporting a solid black frame and a slick cap in the new poster of Chehre, which was released today. However, it is his new hip beard style that has garnered a lot of attention online.

The trailer of the film, also starring Emraan Hashmi, will be unveiled on March 18 and the film is slated for release on April 9. Chehre was earlier supposed to be released on April 30, but has been rescheduled to April 9. 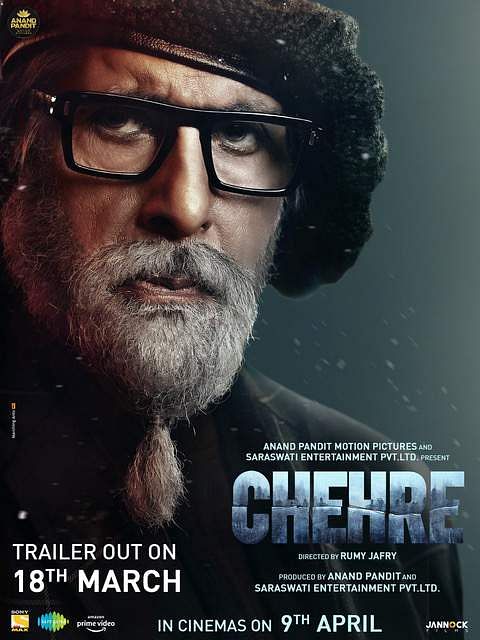 Chehre lately made headlines for Rhea's disappearance from the posters of the film, leading to speculations of her being ousted from the project.