Directed by debutant Naresh Kuppili, Paagal is releasing together with Rana Daggubati and Sai Pallavi's Virata Parvam on April 30

The makers of Vishwak Sen-starrer Paagal on Tuesday released the first look poster of the film. In the poster, the Falaknuma Das actor looks dapper in a romantic pose while spreading both the arms. The film also has Simran Choudhary and Nivetha Pethuraj as the female leads and recently the team had wrapped up a schedule in Puducherry. 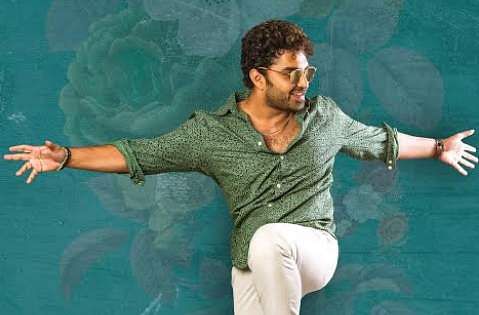 Directed by debutant Naressh Kuppili and bankrolled by Bekkam Venugopal, Paagal is releasing together with Rana Daggubati and Sai Pallavi's intense period political love story Virata Parvam on April 30 this year. Apart from Paagal, Vishwak Sen is also shooting for the Telugu remake of Tamil romantic fantasy entertainer Oh My Kadavule. He will be stepping into the shoes of Ashok Selvan in the film directed by Ashwath Marimuthu.