According to an official statement, the actor-politician has isolated himself as per doctors' advice

Tollywood star and politician Pawan Kalyan has isolated himself after his staff members and close associates tested positive for coronavirus. The actor is in good health and following the instructions of doctors, according to an official statement from his party, Jana Sena.

The statement also added that members of Pawan Kalyan's family have tested positive for the virus, and that Pawan Kalyan will be taking care of the party's proceedings from home through video calls. 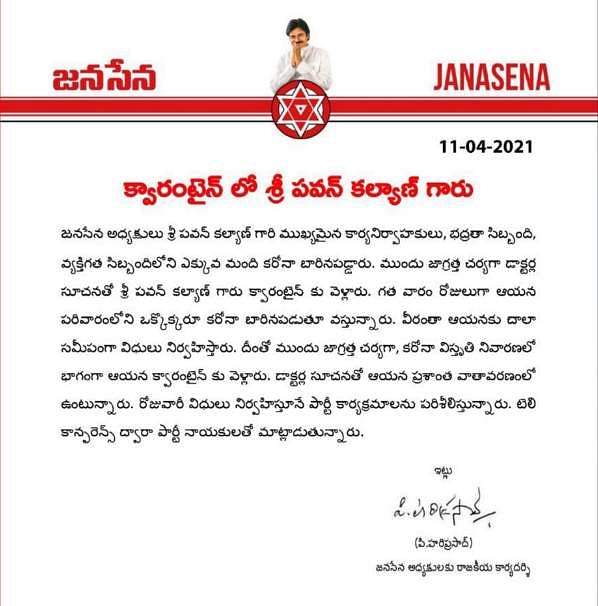 Pawan Kalyan was recently seen in Vakeel Saab, the Telugu remake of the Hindi film Pink. The film, which marked the star's return to the silver screen, has opened to an overwhelming response and has been deemed a box office hit.