The team has so far completed 35 days of shooting for the action-packed commercial entertainer featuring an ensemble cast. The team of Shivappa, which has begun the second schedule, plans to complete the film in the next 45 days.

A couple of pictures from the film sets, shared by the team, show the Century Star in conversation with producer Krishna Sarthak. 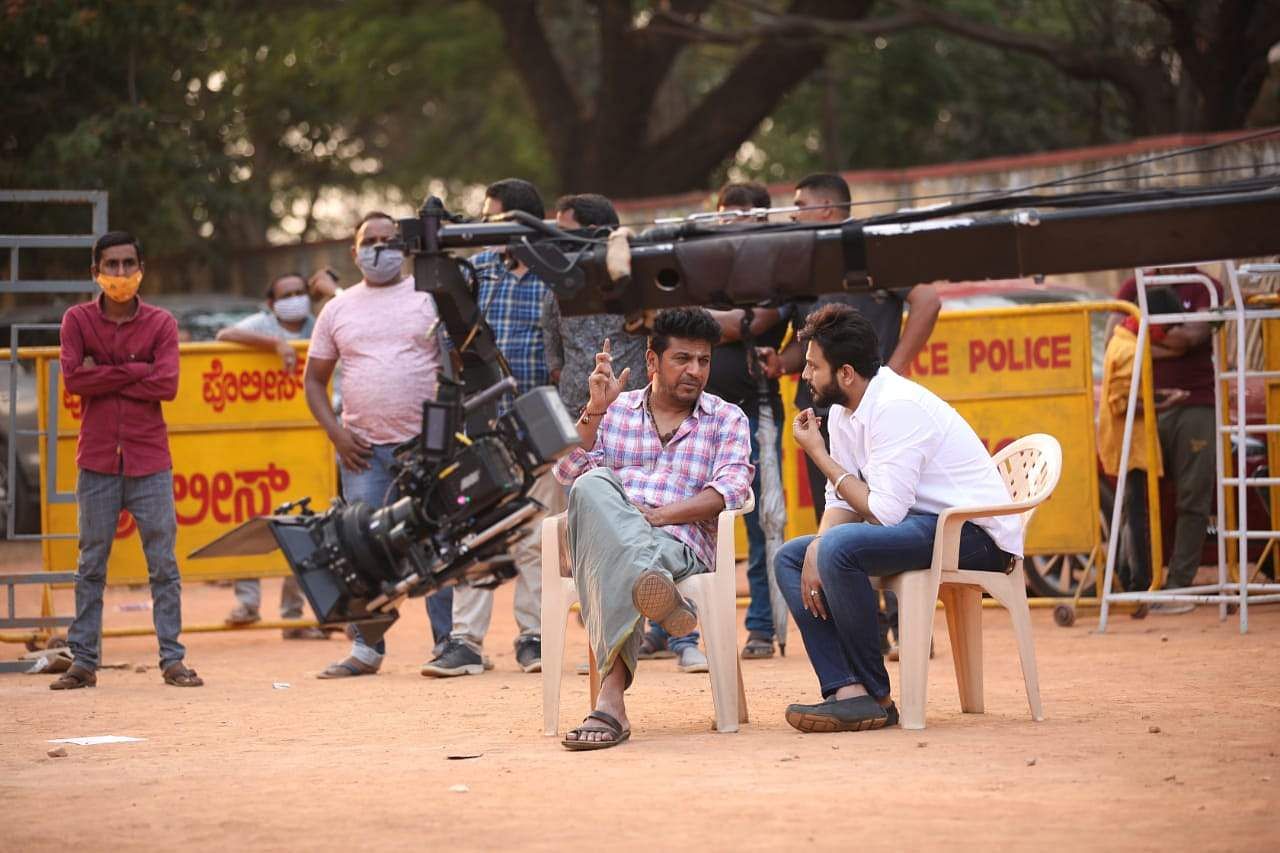 The first 10 days of this schedule will have the director covering the talkie portions. This will be followed by the shoot of a massive climax featuring Shivarajkumar and Dhananjay. Preparation for this sequence is currently going on. “Post that, we will plan an introduction fight,” says producer Krishna Sarthak.

This is the second time Shivarajkumar and Dhananjay are coming together after Tagaru.

Shivanna’s 123rd project features Anjali and Yasho Shivakumar as the female leads, and also stars senior actors Shashikumar and Umashree. Anoop Seelin is scoring the music for this film.