Vijayakanth has tested positive for COVID-19, and he has been admitted to MIOT hospital in Ramapuram, Chennai. According to the official statement from the hospital, the actor-politician tested positive on August 22.

Vijayakanth apparently only developed mild symptoms of coronavirus, and he is currently in a stable condition. 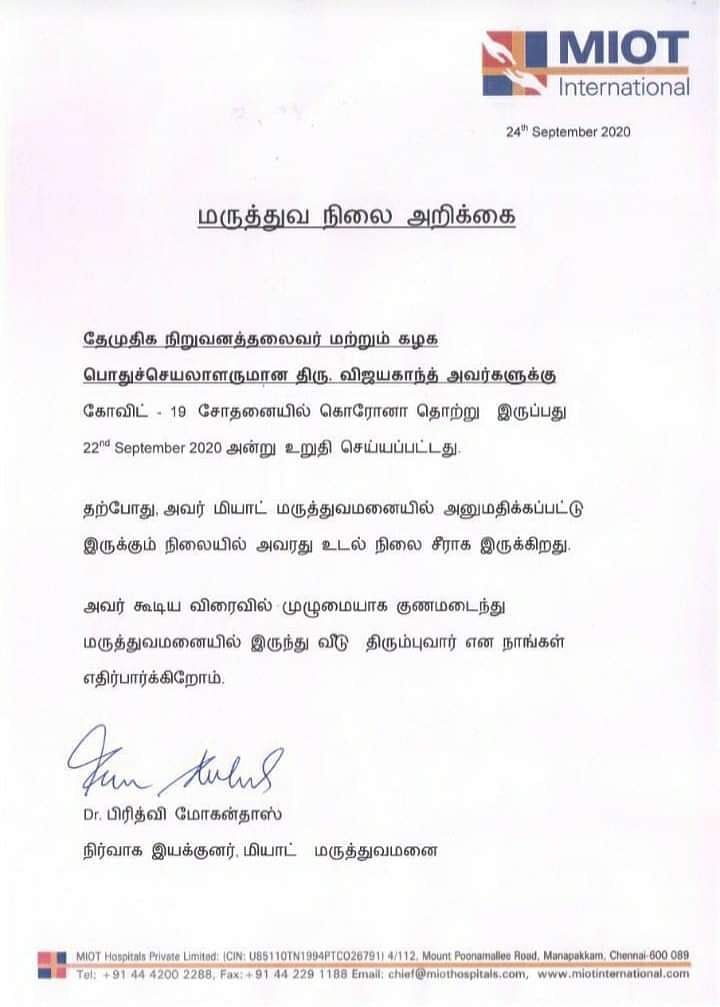 The founder of the Desiya Murpokku Dravida Kazhagam has been undergoing treatment for many health ailments for years now. The news has come as a shock to his fans and followers, who has expressed their concern online.

The 68-year-old leader, who is fondly called Captain, was last seen in a cameo role in his son Shanmuga Pandian's film, Sagaptham (2015). 2010's Virudhagiri was his last full-fledged film, which also marked his first film a director.