Aditi Prabhudeva’s first music album, titled Perfect Girl, will be out on October 1 on Anand Audio’s YouTube channel. The actor, who made her mark on television with Nagakannike, and later moved to the silver screen, is now appearing in her first music video. 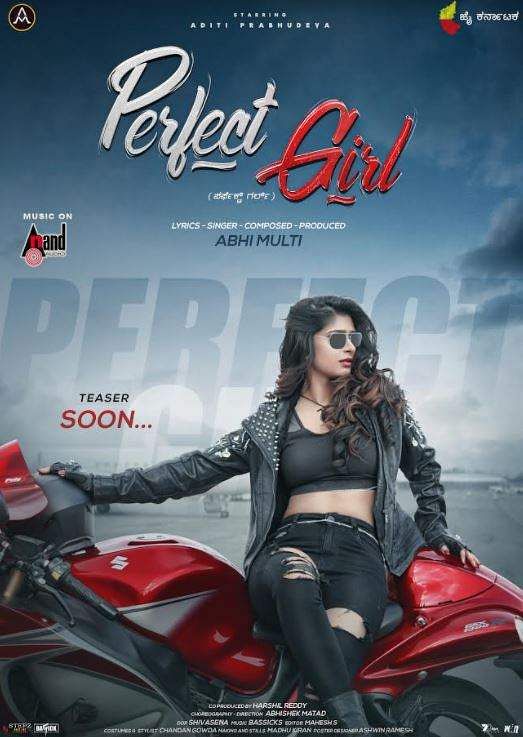 Newcomer Abhi Multi has composed and rendered the song, besides writing the lyrics and managing the production responsibilities. He is also sharing sceen space with Aditi in the video, which was shot on the outskirts of Bengaluru. It has Abhishek Malnad handling the choreography, while DOP Shivasena has taken care of the camera work, and Bassicks has composed the background score. Aditi’s costumes have been designed by Chandan Gowda, and Mahesh S has done the editing.

Aditi, who was last seen in Brahmachari, currently has in her kitty Vijaya Prasad’s Totapuri, MG Srinivas directorial Old Monk, and Gajaanana and Gang, directed by Abhishek Shetty