Netrikann is directed by Milind Rau, who is know for his horror film Aval

The poster features an injured Nayanthara with a wrench in hand and glass shards around her. There is also an unidentifiable dark figure in the background. 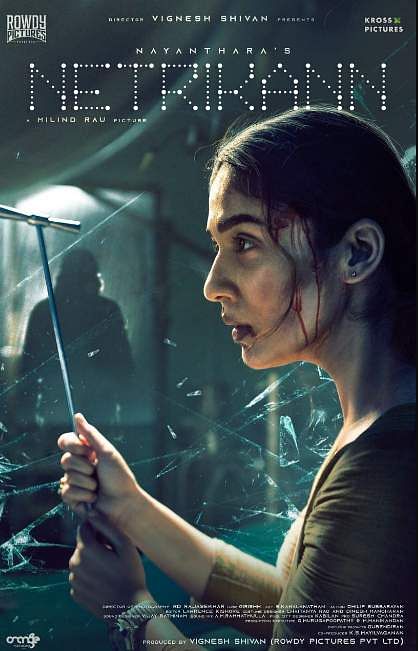 With the title font written in Braille script, Nayanthara is speculated to play a blind person in the film. Incidentally, the first poster had a mouth gag, handcuffs, and whip, with splatters of blood.

Apart from Nayanthara, the film also stars Ajmal in a key role. Netrikann has music by Marina-fame Girishh, cinematography by Karthik Ganesh G, and editing by Lawrence Kishore.
Netrikann is Nayanthara’s 65th film.

Nayathara, who was last seen in Rajinikanth’s Darbar, also has RJ Balaji’s Mookuthi Amman in the pipeline.