The first look poster of Aishwarya Rajesh’s Tamil-Telugu bilingual Boomika was unveiled today by the makers.

Touted to be an ‘ecological thriller’, Boomika is helmed by Rathindran Prasad. The film is presented by Karthik Subbaraj’s Stone Bench films and Passion Studios. 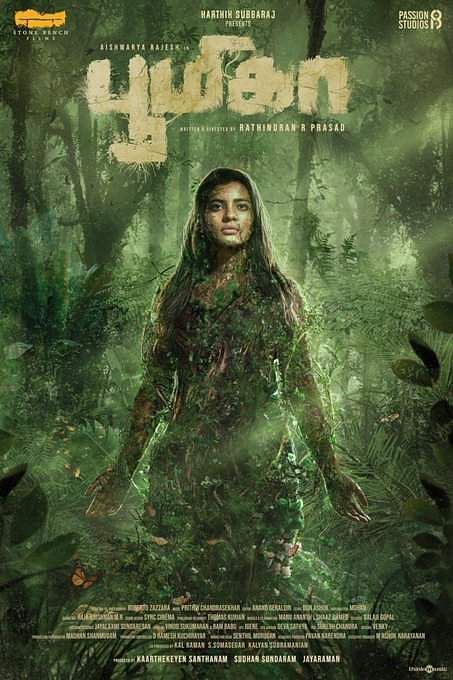 The first look poster features Aishwarya standing in the forest, covered in vines and leaves. The poster was launched by Tamannah and Jayam Ravi on Twitter.

Aishwarya was last seen in Ka Pae Ransingam, which was helmed by Virumandi and also starred Vijay Sethupathi.