It is confirmed that the Tamil actor, who was supposed to play the iconic Srilankan spinner, has walked out of the project after protests from several quarters

Social media has been rife with outrage following the announcement of the Muthiah Muralitharan biopic, 800, starring Vijay Sethupathi as the famous cricketer. With clips from an interview of Muralitharan doing the rounds, detractors, who allege that the cricketer’s stand isn’t sympathetic to Eelam Tamils, have been urging Vijay Sethupathi to step away from the project. Film personalities like Bharathiraja, Ameer, Thamarai, and Cheran, too, have voiced their disapproval and requested Sethupathi to drop the film.

And now, Vijay Sethupathi's PR person has confirmed to us that the actor has indeed stepped away from the biopic.

Sethupathi also took to Twitter to share a statement of Muthiah Muralidaran's, in which the Sri Lankan cricket legend sympathised with the actor for being the target of social media criticism and requested that he back out.

In the statement, Muralitharan wrote, "I am making this request as I don't want one of the greatest Tamil actors to be affected because of me. In addition, I also don't want him to face any hurdles in the future because of this film." 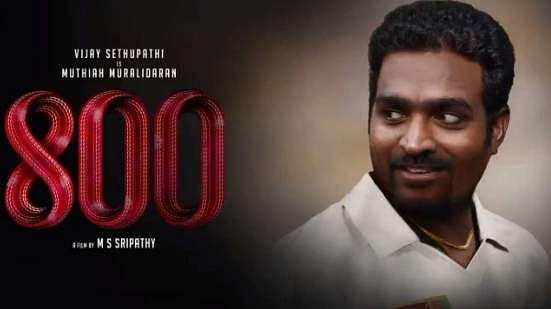 In his statement, Muralitharan expressed confidence that the project will go on to be finished, despite this casting change. However, it is unclear who will be replacing Sethupathi in the film.

MS Sripathy has been announced as the director of 800, while Sam CS has been roped in as the composer and RD Rajasekhar as the cinematographer. The biopic will be produced by Dar Motion Pictures and Movie Train Motion Pictures.