Muthiah Muralidaran on 800 biopic controversy: The film is being politicised

Muthiah Muralidharan has issued a long statement on the ongoing controversy surrounding his upcoming biopic 800. In it, the iconic Srilankan cricketer said that the issue is being politicised for various reasons.

Ever since the first-look poster of 800 was revealed, many Tamil film personalities have demanded that lead actor Vijay Sethupathi back out of the film. The opposers hold that Muthiah was a Srilankan war-sympathiser, who was against Tamil Eelam during the civil war.

Lyricist Thamarai, actor-filmmaker Cheran, and director Bharathiraja are among those who have requested Vijay Sethupathi not to act in the film. Actor Mansoor Ali Khan, in a statement, went on to say the film will not be allowed to run in theatres in Tamil Nadu.

The detractors accuse Muthiah of not speaking out against the Srilankan civil war that lasted for decades. The war, which resulted in the death of thousands, came to an end in 2009.

In his statement, Muthaiah has claimed that many of his earlier statements have been twisted by the media, and he has been wrongfully projected as a war sympathiser. The cricketer also stressed that he was also a victim of the war and has been helping Eelam Tamils.

He wrote, "800 is being politicised now. It is because many of my early statements were misconstrued by the media." 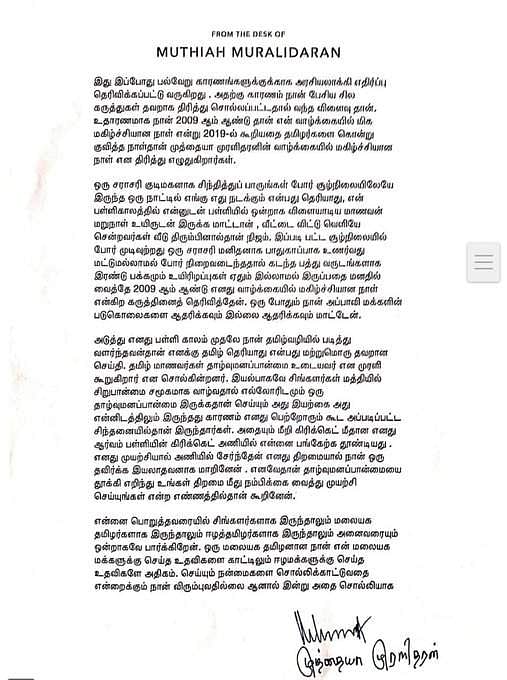 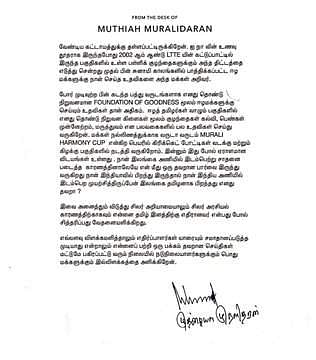