A teaser poster with the tagline 'A Tale of a Goddess in Love’ was shared by the makers. The title Erida is a reference to the Greek goddess of conflict and discord. Prakash is directing this film from a script by YV Rajesh, who wrote Georgettan’s Pooram and Marubhoomiyile Aana. 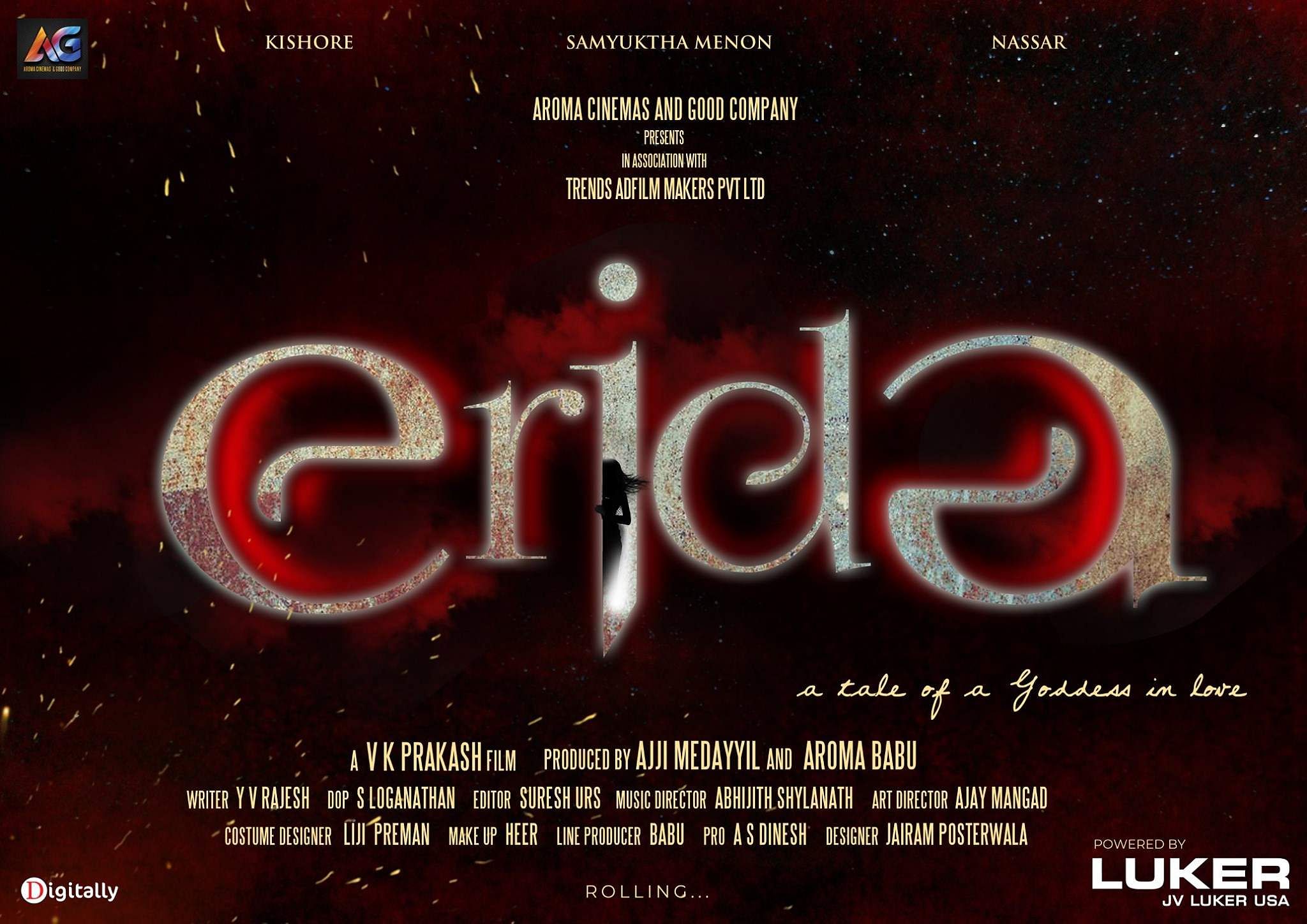 S Loganathan is behind the camera with Suresh Urs editing the film. Abhijith Shylanath is the music composer. Ajji Meddayil and Aroma Babu are backing the film under the banner of Good Company and Aroma Cinemas in association with Prakash's Trends Ad Film Makers Pvt Ltd.

Aside from Erida and Oruthee, Prakash has Oru Nalpathukarante Irupathiyonnukaari, which has Anoop and Priya Varrier attached to star, and the 'Metro Man' biopic with Jayasurya.