Priyanka Chopra Jonas has joined the calls for justice in the aftermath of the Hathras gangrape case. On September 14, a 19-year-old Dalit woman from a Hathras village in Uttar Pradesh was brutally raped and tortured by four men. Battling serious injuries, she died in a Delhi Hospital on September 29, sparking nationwide outrage. The incident was quickly followed by reports of another Dalit woman’s death after she was gang-raped in Uttar Pradesh’s Balrampur. 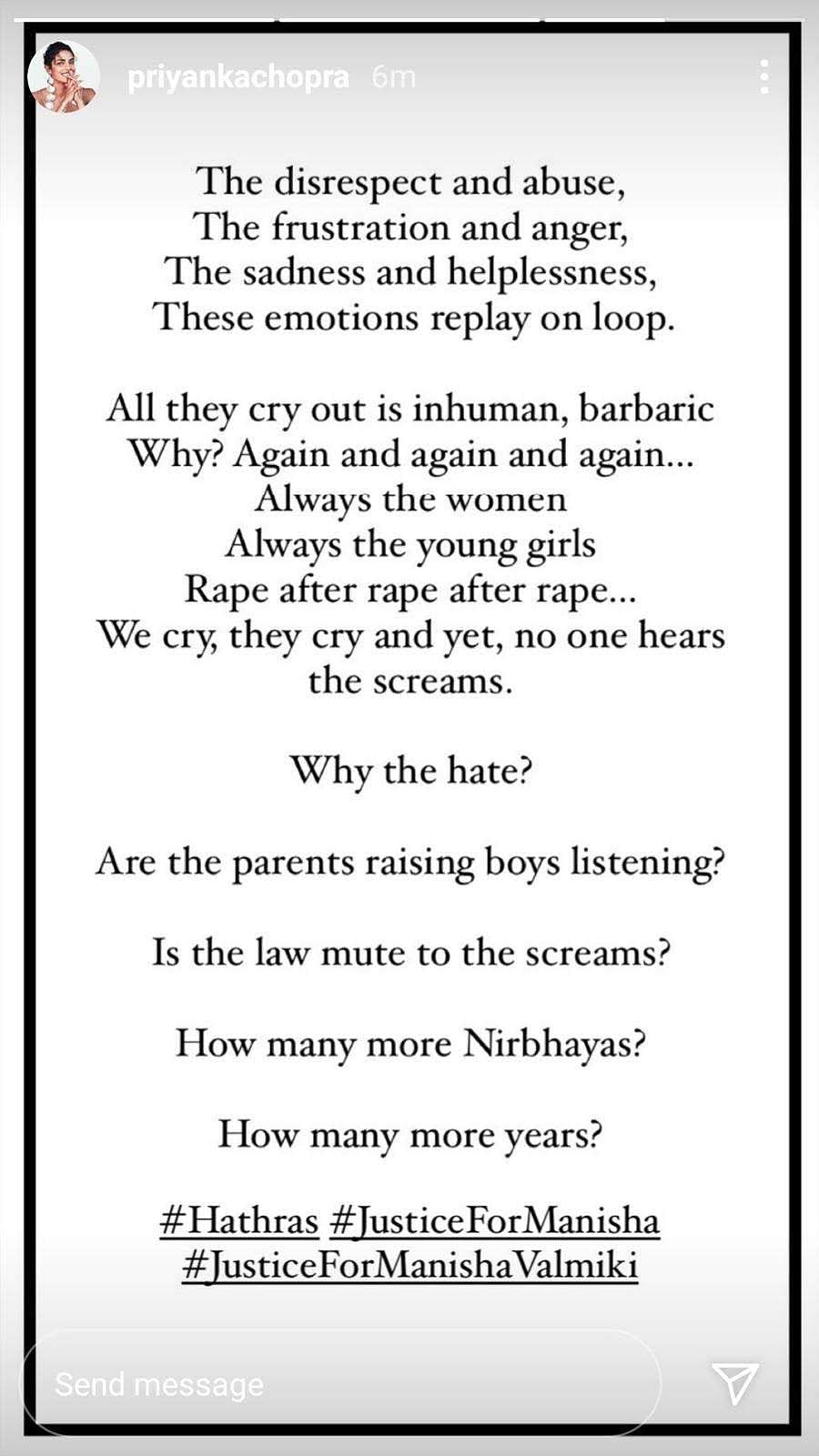 “What a sad and shameful day for this country. Shame on us we failed our daughters,” Kangana had written.

“Angry and frustrated! Such brutality in Hathras gangrape. When will this stop? Raise your voice to safeguard daughters and sisters - it's the least we can do,” Akshay had tweeted.